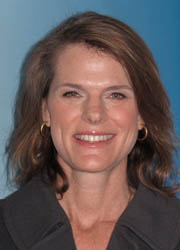 Ariane de Vogue, a reporter for ABC News, joins Jackie Judd to talk about two cases challenging the constitutionality of health care reform heard there by a three judge appeals panel. In both cases, the key issue is whether Americans can be required to obtain health insurance, as the 14-month old law mandates.

Listen to the interview here.

JACKIE JUDD:   Good day, this is Health On The Hill, I’m Jackie Judd.  We’re actually going south of the Hill today, to Richmond, Virginia, and the 4th Circuit Court of Appeals.  Two cases challenging the constitutionality of the health care reform law were heard there by a three-judge panel.   In both cases, the key issue was whether most Americans can be required to obtain health insurance, as the fourteen-month-old law mandates.  Ariane de Vogue, who covers legal issues for ABC News, is there and joins us now.  Hello, Ariane.

JACKIE JUDD:  As I mentioned, Ariane, there were two cases, as you well know.  Liberty University challenged the individual mandate.  It lost.  So it appealed to the court today.  The second case:  the federal government, of course, argued for the mandate in a case that was brought by the state of Virginia, so the federal government appealed.  What were the key points in these arguments?

ARIANE DE VOGUE:  Well, the heart of the government’s argument was argued, first of all, by Solicitor General  Neal Katyal.   He’s the solicitor general, and it shows how seriously the administration is taking this case.  He said that this law was passed because health care was in crisis. There was ballooning costs.  He pointed  a couple of times to the fact that in 2008 the costs of the insured reached $43 billion.  He said that the Constitution empowers Congress to regulate commerce.  Even if you don’t buy health insurance, you’re affecting the market.   So that was his argument.

JACKIE JUDD:  And the other side, in Liberty University’s case?

ARIANE DE VOGUE:   Well, in both cases the challengers on the merits said that Congress exceeded its authority — that Congress doesn’t have the right to force someone into the marketplace.  They made the distinction between economic activity and inactivity, and they said that when somebody doesn’t buy health insurance, that’s inactivity.

ARIANE DE VOGUE:   Well, it’s interesting, because, as you say, the court only announced this morning that the three-judge panel were all nominated by Democratic presidents:  Two from Obama and one from Clinton.   That, at the start, is good for the Obama administration.  And they immediately, on the merits, seemed to question the core of the challengers’ argument.  They, all three of them, went at this notion of activity vs. inactivity, and they seemed skeptical.  One of the judges said, “What’s the dividing line between inactivity and activity?”  So, they spent the entire first case just talking about the merits.

JACKIE JUDD: And when are we expecting rulings in both of these cases?  And when that does happen, does it signal when these cases  if they do reach the Supreme Court  when that might happen?

ARIANE DE VOGUE: Of course, it depends if there’s going to be a dissent written  that would take longer.  Most people say that this is a speedy circuit; they work quickly. So, people believe that between two and a half and three months, we’d get a decision in this case.  But keep in mind, there are two other appellate courts across the country hearing challenges, and they’re scheduled in early June. So, all in all, this one will probably be decided in about two and a half to three months.  There could be a decision made to what’s called “go en banc,” which is to ask the entire panel to hear this case, or it could be directly appealed to the Supreme Court.

JACKIE JUDD: Ariane, you’ve covered the Supreme Court for many years. Is there an informed way to guess which of the many cases challenging the health care reform law will actually make it to the high court?  The largest case is probably the one in which 26 states are participating.

ARIANE DE VOGUE: Well, Jackie, you bring up a very good point, because that issue came up today in the second case, the case brought by the Commonwealth of Virginia.  That case was about standing, because the government argues that the commonwealth could not bring this case. It does not have the legal right to bring it, because the individual mandate is not enforceable to the states but to individuals. So, Virginia argues that it had a state law on the books that was in conflict with this federal law, and that’s why they could bring the suit. But the government was very strong, saying that the Commonwealth of Virginia couldn’t bring the suit.  So, we look at the other cases  some are by residents and the big one to be argued on June 8 is on behalf of 26 states, so it will be very interesting to see how that comes down.

JACKIE JUDD: Okay, we’ll talk to you again then. Thank you so much, Ariane de Vogue of ABC News.