Hospital charges for labor and delivery vary so widely from one California medical center to another that some facilities charge women eight to 11 times more than others, according to a new study. 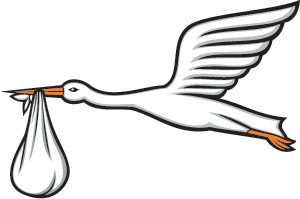 Comparing nearly 110,000 uncomplicated births and Caesarean sections, researchers found the lowest charge for a vaginal birth involving an average woman was $3,296, while the highest was $37,227.

For an uncomplicated Caesarean delivery, the lowest charge was about $8,312, while the highest was $70,908.

The hospital charges – which did not include physician fees or charges for the baby’s care – were adjusted to compare patients with similar profiles who were of the same age and hospitalized for the same amount of time, the authors said. Estimated discounts paid by insurers were, on average, 37 percent of the charges.

“There is no real system of health care pricing. The ‘system’ is that hospitals are allowed to charge whatever they want and whatever they feel they merit.”

The study is being published in the Jan. 16 issue of BMJ Open, an online medical journal.

In the course of their research, the authors analyzed data on births in 2011 at 195 hospitals among women with private health insurance.

High hospital charges may mean insured patients incur higher out of pocket costs, and they often form the base for the discounts that insurers negotiate. As such, they play a role in driving up health insurance premiums.

The researchers found that hospitals charged more if they were located in areas with a higher cost of living, treated sicker populations or were for-profit institutions.

Although some states including California have laws that aim to force transparency in hospital pricing, it is extremely difficult for patients to shop around and compare hospital charges. A study published in the Journal of General Internal Medicine in 2010 reported that less than a third of hospitals responded to letters requesting estimates for prices of common procedures.

Dr. Hsia said the new study focused on childbirth because it is the most common cause of hospitalization in the United States, but the variation in charges is not unique to delivery by any means. An earlier study by Dr. Hsia published in Archives of Internal Medicine in 2012 found that charges for a routine appendectomy in California ranged from as low as $1,500 to as high as $182,955.

“It’s not an exception, it’s the rule in the United States,” she said.

How Much To Deliver A Baby? Charges Vary Widely by Hospital