Listen to this story as it aired on NPR: >>Can’t see the player? Click here to download it.

SALISBURY, N.C. — Lillie Robinson came to Rowan Medical Center for surgery on her left foot. She expected to be in and out in a day, returning weeks later for her surgeon to operate on the other foot.

But that’s not how things turned out. “When I got here I found out he was doing both,” she said. “We didn’t realize that until they started medicating me for the procedure.” Robinson signed a consent form and the operation went fine, but she was told she would be in the hospital far longer than she had expected.

“I wasn’t prepared for that,” she said. 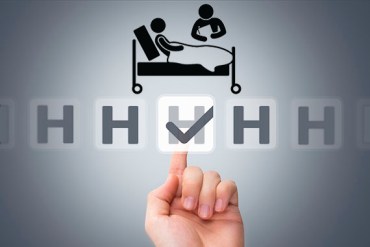 Disappointing patients such as Robinson is a persistent problem for Rowan, a hospital with some the lowest levels of patient satisfaction in the country. In surveys sent to patients after they leave, Rowan’s patients are less likely than those at most hospitals to say that they always received help promptly and that their pain was controlled well. Rowan’s patients say they would recommend the hospital far less often than patients do elsewhere.

Feedback from patients such as Robinson matters to Rowan and to hospitals across the country. Since Medicare began requiring hospitals to collect information about patient satisfaction and report it to the government in 2007, these patient surveys have grown in influence.  For the past three years, the federal government has considered survey results when setting pay levels for hospitals. Some private insurers do as well.

In April, the government will begin boiling down the patient feedback into a five-star rating for hospitals. Federal officials say they hope that will make it easier for consumers to digest the information now available on Medicare’s Hospital Compare website. Hospitals say judging them on a one-to-five scale is too simplistic.

Some Hospitals Improve As Others Stagnate

Nationally, the hospital industry has improved in all the areas the surveys track, including clean and quiet their rooms are and how well doctors and nurses communicate. But hundreds of hospitals have not made headway in boosting their ratings, federal records show.

Some hospitals have made great gains. The University of Missouri Health System, for example, created a live simulation center at its medical school in Columbia to help doctors learn to communicate better with patients. The simulations use paid actors. Instead of having to diagnose the patient, doctors must respond to nonmedical issues, such as a feuding teenager and mother or a patient angry that he was not given information about his condition quickly enough.

“My scenario was I was late to the appointment and the patient’s husband was upset,” said Dr. Kristin Hahn-Cover, a physician at Missouri’s University Hospital. In 2013, the most recent year that the government has provided data for, 78 percent of patients at University Hospital said doctors always communicated well, a 10 percentage point jump from 2007. Other scores rose even more.

At Virginia Hospital Center in Arlington, executives credit improvements in patient satisfaction to their psychological screening methods in hiring and rigorous job reviews. Potential nurses and other staff must first pass a behavioral screening test and then be interviewed and endorsed by some of the staffers with whom they would be working. In the third element of the program, every six months, managers rate employee performance as high, medium or low. Low performers are told to improve or find work elsewhere.

“Those are the three most defining things we did as an organization,” said Adrian Stanton, the hospital’s chief marketing officer. “Without that, I can guarantee you we wouldn’t have had the successes.”

Nudging up scores has been a frustrating endeavor elsewhere, like at Novant Health, a nonprofit hospital system that runs Rowan Medical Center and 13 other hospitals in North Carolina, South Carolina and Virginia. While some Novant hospitals have excellent patient reviews, Rowan’s scores have remained stubbornly low since Novant took over the hospital in 2008. The hospital is losing $29,000 this year because of the low scores.

Last fall, Rowan’s president, Dari Caldwell, replaced the physician group that ran the emergency room because the doctors had not reduced wait times. ER waits are down to half an hour, a spokeswoman said. Doctors and nurses also are being coached on their bedside manner, like being advised not to stare at their computer when a patient is talking.

Rowan’s nurses now spend 70 percent of their time with patients, swinging by every hour. Even the president makes rounds once a day. The hospital has made lots of small improvements to provide a warmer environment, such as putting white poster boards in each room where nurses can list a few personal details about their patients.

“I can go in there and say ‘Oh, you have three dogs’ or ‘You have a grandchild, that’s great, great,’” said Jennifer Payne, a nurse manager. “And they can talk for hours about that.”

Payne said she pores over patient comments and surveys, passing around the good ones and tackling complaints. “We’re very driven by what these patients say,” she said. “Everything I do is based around how these patients come back [in comments in the surveys] and say, ‘Hey is this working’ or ‘This isn’t working.’ ”

Rowan executives fear scores may not be going up because patients still harbor bad memories from previous hospitalizations.

“I was treated like a dog,” Carl Denham, 76, said about a stay two years ago. He said the hospital was doing loud construction work that kept him awake, and it took nurses all day to deliver an oxygen tank his doctor ordered.

Admitted again in Rowan in December, Denham said that visit was different. “It is fantastic from what it used to be if you want my opinion,” he said as he lay in his hospital bed a few days after he came back. “I’ve been both ways and the way it is now, it is great. No waiting and the doctors are all pleasant. I never thought I’d see it like this.” He said he would give the hospital top marks.

His daughter Benicia said that in the last visit she had to nag the nurses to get her dad his medication. This time, it has not been an issue. “It’s like a totally different hospital,” she said. “I had to say, ‘Did I come to Rowan Regional?’ ”

Despite the unexpected operation on both feet, Robinson also said nurses have been attentive to her pain. “They do the best they can,” she said. “At times it gets so bad I’m crying because it’s overwhelming to me.”

But “the best they can” is not good enough for Medicare. In determining how much to pay hospitals, the government only gives credit when patients says they “always” got the care they wanted during their stay, such as their pain was “always” well-controlled. If a patient says that level of care was “usually” provided, it does not count at all. Likewise, the surveys ask patients to rank their stays on a scale of 0 to 10; Medicare only pays attention to how many patients award the hospital a 9 or 10.

“Sometimes what we see and hear from our patients doesn’t show up on their surveys,” Rowan’s president Caldwell said.

In its hospitals with lower ratings, Novant is trying to replicate some of its successes at its Medical Park Hospital in Winston-Salem, a surgical center, which has the best patient satisfaction scores in the Novant system. Sean Keyser, Novant’s vice president for patient experience, interviewed the staff to figure out how it performed so well.

“The first thing they suggested was the relationship between the physician and the nurses,” he said. “They tend to round more together; they tend to huddle more together. It doesn’t matter how long we study health care organizations, personal relationships that caregivers have with each other translates into better relations with patients.”

Staff members from Medical Park now conduct the pre-surgical discussions for patients at several bigger Novant hospitals. Those preparatory talks, which take place a week or two before planned operations, give nurses the chance to allay fears and make sure that patients have realistic expectations of what will happen.

Dr. Scott Berger, a surgeon, said the smallness of the hospital—Medical Park has only 22 beds, while Rowan has 268 — gives Medical Park an advantage over other hospitals in pleasing patients. “We also think that because we only do surgery here, that we’re really able to have kind of a sharp edge, if you will, of focus on good outcomes and good patient care,” he said. “And that really carries over to the nurses as well. Because all day every day, that’s all they see, is the same kind of surgical patients over and over again.”

Even patients who had not prepared to come to Medical Park are impressed. George Stilphen, who was admitted for emergency colon cancer surgery, said he planned to rate the hospital a 10.

“They said that they’d take great care of us,” he said as he recovered from surgery in the hospital. “They were very soothing, comforting, they weren’t condescending. It was a great experience.”

Michael Tomsic, a reporter for WFAE, contributed to this report.