AUBURN, Calif. ― Fern Brown, 81, sat in the rear of a tent on the windswept fairgrounds of this historic Gold Rush town, drawing deep breaths through the mouthpiece of a nebulizer plugged into a power strip atop a plastic folding table.

Afflicted for years with asthma and chronic obstructive pulmonary disease, Brown uses the nebulizer twice a day to avoid flare-ups that can be life-threatening. It turns her medicine into a fine mist that she can inhale.

Her machine runs on electricity, and when Pacific Gas & Electric Co. cuts power in the region amid wildfire scares, as it did earlier this week, Brown must scramble to find a place where she can administer her treatment.

She knows the makeshift “resource center” she visited on Tuesday afternoon, one of several set up this week by PG&E, is not a viable long-term fix ― especially now that power outages and the uncertainty that comes with them seem likely to be a more frequent feature of California’s fire season.

“I could rent a generator. Or can you rent to own?” Brown said. “They’re expensive. But that’s probably what I’ll do. We just want to be ready for the next time.” 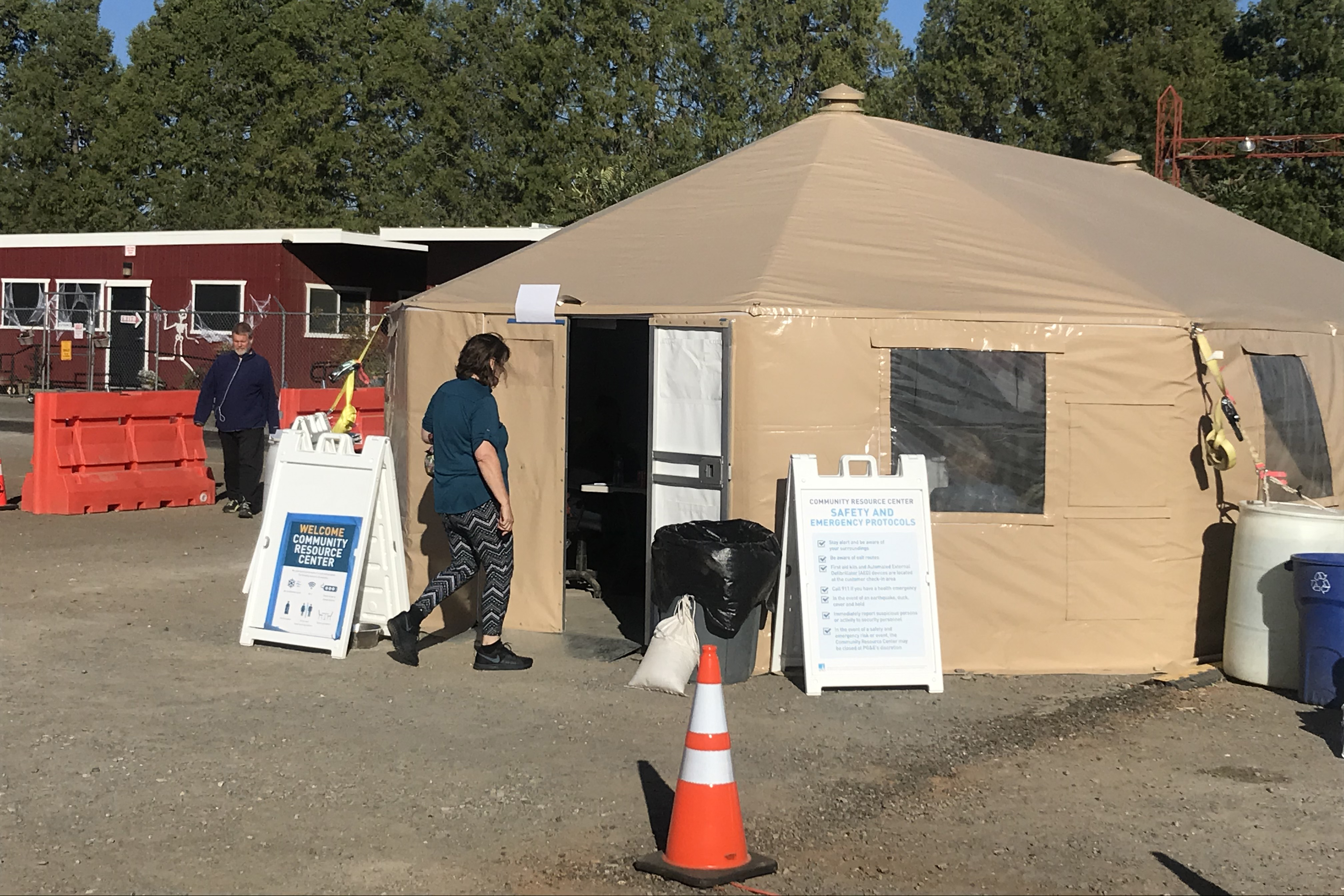 The PG&E outages have affected some 1.8 million Californians in the past few weeks. For those with home medical needs, the quest for a durable fix takes on real urgency. (Mark Kreidler for California Healthline)

“That is the real travesty of this PG&E plan,” said Sandy Jay, a nurse practitioner at Santa Rosa Memorial Hospital in Sonoma County, about 130 miles southwest of Auburn. “As the dominoes fall, it’s the poor and the disabled who are the most affected by this.”

Jay supervises a program that for 20 years has sent teams of workers throughout the Santa Rosa area to bring medicine and treatment to those whose conditions prevent them from leaving home or keep them bedbound.

Without power, though, almost all of those patients need help immediately, she said. Air-pumped mattresses, used to prevent chronic bedsores, begin to deflate. Ventilators and nebulizers cease to function. Electric wheelchairs don’t respond. And many of the affected people are reachable only by landline telephones, which don’t work in a shut-off.

Hardened by experience of shut-offs imposed by their utility company, many residents of this region ― and others up and down the state ― have concluded they must prepare for future power cuts.

PG&E confirmed that notion in an emailed statement, saying all its customers should “have an emergency plan to be prepared for any extended outages due to extreme weather or natural disasters.” The statement referred customers to PG&E’s website page on wildfire safety, adding that local county emergency offices may also offer help.

The PG&E outages that have affected some 1.8 million Californians in the past few weeks, amid nerve-wracking warnings of wind and fire, have only affirmed the company’s message.

For those with home medical needs, the quest for a durable fix takes on real urgency. 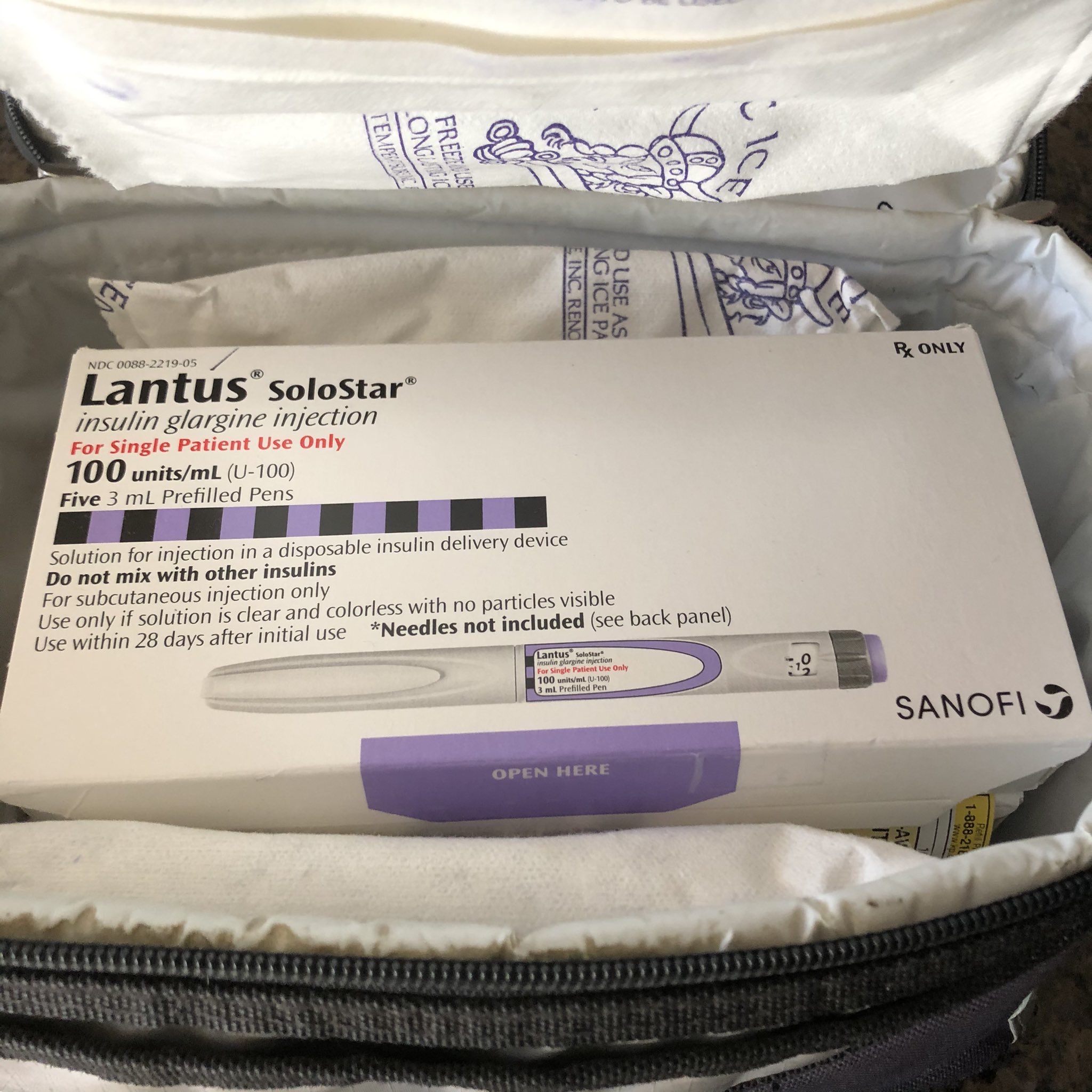 Steve Bast, of Auburn, Calif., has learned from experience to pack his insulin containers inside a soft cooler surrounded by freezer packs, which he keeps constantly at the ready. The cooler then goes back into his refrigerator for as long as it can remain cold during a power outage. (Courtesy of Steve Bast)

Steve Bast, who lives in a rural section of Auburn in the Sierra foothills, has Type 2 diabetes, and his insulin needs to be refrigerated. Bast has been forced to deal with previous outages, both weather-related and PG&E-driven, some lasting several days.

Now, he said, he keeps ice packs in his freezer and puts them on the insulin containers as soon as his power goes down. He then stores the medication inside a soft cooler that zips closed and goes back in the refrigerator for as long as the unit remains cold.

Bast also uses a CPAP machine for his sleep apnea, and it must be plugged in, so he says his next move is to buy a small, personal generator. He noted, however, that he would still need to find an open gas station for fuel to keep the generator running during an outage. Gas stations need electricity to run the pumps.

Then there’s the cost: A personal generator sells for between $400 and $1,000, meaning it could be out of reach for people of limited means.

PG&E’s temporary resource centers, of the type Fern Brown visited, are small, tented areas where up to 100 people at a time can power up devices of all kinds and get bags of ice, cases of water and snacks for free. The centers are set up when an area is plunged into a utility-ordered shut-off, and they close once power is fully restored to that area.

But the centers cannot solve the bigger problems.

During the last power shut-off a few weeks ago, Debrah Vitali went to check on her neighbor, 88-year-old Joan Casper. She and Casper have become close friends in their Rincon Valley neighborhood of Santa Rosa, and Vitali knows that Casper wears an emergency calling device around her neck, which she can use to alerts medics if she needs help.

The device is tied to Casper’s landline, but what neither woman realized was that the landline operated through her internet connection. When the power went out, so did the internet – and with it Joan’s ability to summon help. 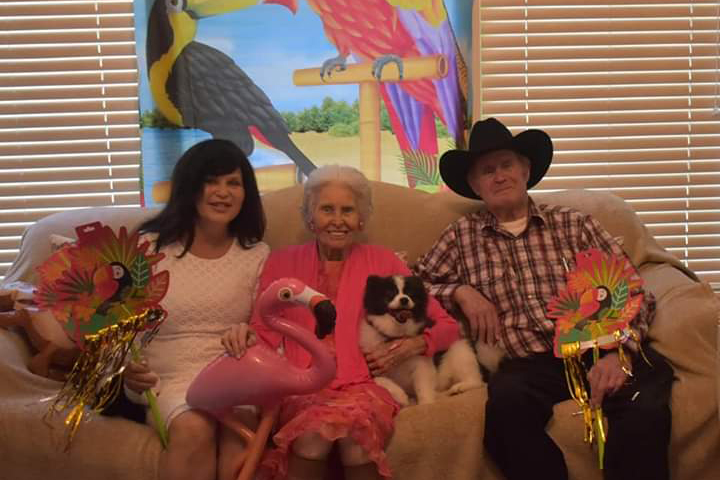 “I couldn’t believe it,” Vitali said. “So we’ve just agreed as a group of neighbors to take turns checking on her, because she’d have no way to let anyone know she was in trouble.”

California’s Health and Human Services Agency this week established a nonemergency hotline (833-284-3473) to help residents find health services in their communities during a shut-off. Gov. Gavin Newsom, meanwhile, announced a $75 million fund that communities can tap to help purchase generators and other backup energy sources that would keep local emergency services going.

For people whose medical treatment begins at home, however, the solutions also need to begin there.

At the PG&E center in Auburn, Fern Brown completed her 30-minute treatment before speaking. She said that her asthma and COPD have become worse over the past couple of years and that skipping a nebulizer session is not an option.

Brown and her sister, Lavina Suehead, who cares for Brown, drove a half-hour from their home in the remote town of Foresthill to reach the resource center at Auburn’s Gold Country Fairgrounds. They said they would be seeking another solution, both for Tuesday night’s treatment and beyond.

If Power Outages Are California’s New Normal, What About Home Medical Needs?