The Department of Health and Human Services today released a document intended to preview the kinds of benefits most health plans must offer starting in 2014. But one consumer advocate said it does not provide nearly enough information to be helpful. 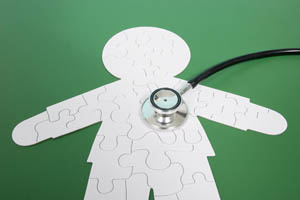 The federal government in December gave states significant leeway to decide what “essential benefits” must be included in coverage sold to individuals or small businesses under the 2010 health law. The law mandates coverage within 10 benefit categories; it’s up to each state to decide specifics, such as how many doctors’ visits or what drug services the plans will be required to offer. States can use several options to base those benefit requirements, including what some existing health plans in the state offer.

Today, HHS released a list of some insurance products in each state that could serve as models, but while the document included names of plans, it did not indicate what benefits are covered by those plans or what benefits it would like to see in future plans.

It’s a problem not to have the details about what is in the plans, said Stephen Finan, senior director of policy at the American Cancer Society-Cancer Action Network. While some benefit specifics can be found online, Finan said that without the whole package, “we remain completely in the dark.”

In December, the Cancer Society signed onto a letter with other consumer groups asking HHS to identify which health plans states could choose as benchmarks. Finan says that today’s list is helpful, but that it will be difficult to get detailed benefit information.

“We know a little more than we knew yesterday, but we still do not have basic documents to see if the plans are good or not so good for cancer patients, or any other kind of patient,” he said. Consumer groups, he said, are “very concerned that some of these plans may be inadequate, particularly in small states. The second or third largest plan might not be any good at all. Until we can look at the document, there’s no way of knowing.”

The HHS document lists the insurance products in each state with the three largest enrollments in the small group market. It also provides a list of the three nationally available health plans with the largest enrollments that are available to federal employees.  “Under the state’s intended approach, states would have the flexibility to select an existing health plan to set the ‘benchmark’ for the items and services included,” according to the document.  If it does not cover benefits in all of the federally-defined categories, then the state would have to supplement to the benchmark.

States could select a benchmark from four types of health plans:

Finan said his group has been advocating for transparency, but that this is a “perfect example of where it’s not happening. Collectively, states and citizens are being asked to decide what the benchmark is. But how can anyone make informed decision until they know what the benefits are in each plan?”

Important New Understanding About Essential Benefits? Not Everyone Thinks So