The U.S. spends $200 billion each year — about 8 percent of the nation’s health care tab — on medical care stemming from improper or unnecessary use of prescription drugs, a new report out Wednesday says. 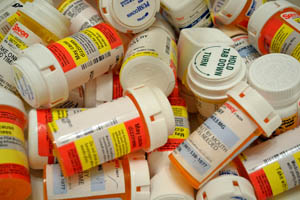 Much of those costs result from unneeded hospitalizations or doctor visits, according to the study by the IMS Health’s Institute for Healthcare Informatics, which provides data and other consulting services to the health care industry. Medical costs are driven up by patients who don’t get the right medications or fail to take their drugs, the misuse of antibiotics, medication errors and inadequate oversight when patients take multiple drugs.

Even though the use of lower cost generic drugs is high, further increases could shave $10 billion in costs, the report says.

Some private and government pilot programs aiming to better coordinate patient care have helped reduce the problems, the report said. Some provisions in the federal health law that create financial incentives to better coordinate care and to reduce hospital readmissions may further that progress, said author Murray Aitken, executive director of the IMS Institute for Healthcare Informatics.

The report notes “that even though avoidable costs are significant, encouraging progress is being made in addressing some of the challenges that drive wasteful spending in many parts of the healthcare system. Medication adherence among large populations of patients with three of the most prevalent chronic diseases – hypertension, (high cholesterol) and diabetes – has improved since 2009 by about 3%. The proportion of patients diagnosed with a cold or the flu – both viral infections that do not respond to antibiotics – who inappropriately received antibiotic prescriptions has fallen from 20% to 6% since 2007. And, for diseases where lower-cost generic medications are available, use of generics reached 95% in 2012.”