President-elect Donald Trump has pledged to defund Planned Parenthood, to appoint conservative Supreme Court justices who could overturn Roe v. Wade and to prohibit late-term abortions. He has also vowed to repeal and replace the Affordable Care Act, which expanded access to contraception.

The anti-abortion platform of Trump and Vice President-elect Mike Pence appeals to many conservatives around the nation but worries many women’s health providers.

We spoke to Kathy Kneer, CEO and president of Planned Parenthood Affiliates of California, about the organization’s future under the incoming administration. Planned Parenthood provides primary care, reproductive health services, sex education and abortions across the nation. The 100-year-old organization has about 650 health centers, including 115 in California.

The conversation has been edited for clarity and length. 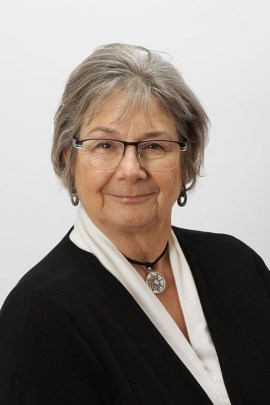 Q: Who do Planned Parenthood centers serve in California?

We serve 850,000-plus men and women a year. Throughout the state of California, our patients are 80 percent served through the Medicaid program and the federal Title X family planning program.

Q: What sort of services do they receive?

The basic service that people come to Planned Parenthood for is reproductive health care, specifically contraception. Often times, they come because they think they are pregnant. We wish they would come for birth control first, but they [often] come for a pregnancy test. That then opens the door to discuss with the patients how we can help them with their contraceptive method.

So 97 percent of overall services [in California] are for non-abortion services. We also do annual exams. The most important feature is your breast exam to make sure you are not having early stage breast cancer. Also, we screen for STDs — and in California right now, we are having an epidemic of STDs.

Q: Are women coming in after the election making different decisions about their care than they did before?

It’s not just whether Planned Parenthood gets defunded, it’s if contraception gets defunded as a result of a repeal of the Affordable Care Act. I think that’s making women think differently about their contraceptive needs. But it’s a little too soon for us to say that women are switching or that they are coming in only for IUDs [intrauterine devices]. We had already been seeing a dramatic increase prior to the election of women electing IUDs. That’s been a trend really in the last three years and it has really taken off in the last year. Women are much more knowledgeable about it and are aware that there is an effective long-term [contraceptive] method.

Q: Are centers advising women to do anything differently because of the new administration?

We advise all women that they should come in and get screened and onto birth control before they need it … and learn how to have safe sex to protect against STDs as well as pregnancy. That has always been our mantra and that will continue to be our mantra.

Q: What do you anticipate happening with the new administration’s pledge to defund Planned Parenthood and to repeal the Affordable Care Act?

Trump is proposing to figure out how to defund Planned Parenthood. It is not clear that he really means that, because we have not seen him necessarily stand by everything he said. But the repeal of Obamacare is the biggest threat for women who are not on Medicaid. It’s very important that women understand that if you are in Covered California, you could lose access to birth control or have to pay a copay.

The good news is that California passed a law that says insurance companies must give you a year’s supply. So if you are in Covered California and you need birth control, make sure that after January 1, you go get your new prescription and you ask for it in advance. And it will be with no copay. That way you will have a year’s supply of birth control regardless of what the Trump administration does.

I don’t believe they are going to end the family planning benefit in the Medicaid program, so women on Medi-Cal will continue to have access to it.

Q: How exactly could Trump defund Planned Parenthood, and what would that mean for the organization?

There are different pathways he could take. He could issue an executive order his first day in office to restrict the Title X federal family planning program and eliminate any providers who also provide abortion. We know that [Trump] could do that easily with a stroke of a pen. That would have two impacts. One is the loss of those federal family planning dollars, but also the loss of … a federal drug program that allows us to provide drugs at a deeply discounted rate. It would be very hard for our affiliates to make up that loss.

Q: How is Planned Parenthood preparing to respond to Trump’s pledges?

At the national level, we are certainly going to see if there is any litigation that can be done. At the state level, we will be doing the same thing. Are there steps from a legal perspective we can take to really guarantee that women in California will have access to reproductive health care?

Q: What are you seeing in terms of donations here in California and nationally since the election?

Nationally, we know that they are up. But it’s also getting close to the end of the year and people are making their year-end donations. There are no private donations that can subsidize the volume of government funds spent on those services. There isn’t that much money available in terms of private donations.

Q: Is it possible the state of California would step up if the federal government cut off funding for Planned Parenthood? Are you talking to state officials?

That’s what I am starting to do. I have an appointment with the governor’s office. Our first goal is to let them know our grim assessment. We are going to talk to them about Proposition 56 [the tobacco tax that increased funds for Medi-Cal]. We were originally going to talk to the governor’s administration about making sure that some of the money is targeted to women’s reproductive health care services. We’ve had to expand that agenda to help us delay and defeat any Trump actions hostile to California.

And if we went away, there is no place for those patients to go. Often times, [Planned Parenthood] centers are geographically located where there aren’t other providers.