There’s little room to navigate — the space is jam-packed with the beeping machines, ventilators and nurses, who can care for as many 70 fragile infants. One tiny pink baby here today was born weighing 13 ounces.

“A can of coke is 12 oz. So imagine a baby who could almost curl up in a fetal position and fit inside a coke can,” explained Benitz, the hospital’s chief of neonatology.

For Benitz, who first came to Stanford 42 years ago as a medical student, the ability of doctors today to save babies this small feels like something of a miracle. But as far as medical technology has come, he says, some of the sickest and most premature babies who pass through his NICU won’t make it or will go on to suffer severe lifelong disabilities. Just 30 percent of the babies born at 24 weeks gestation, for example, survive without impairments.

One of the most difficult parts of Benitz’s job is determining how much treatment to give babies like these and when it is time to let them go. More and more, doctors like Benitz are looking to parents to help make these decisions, based on their own values and preferences. 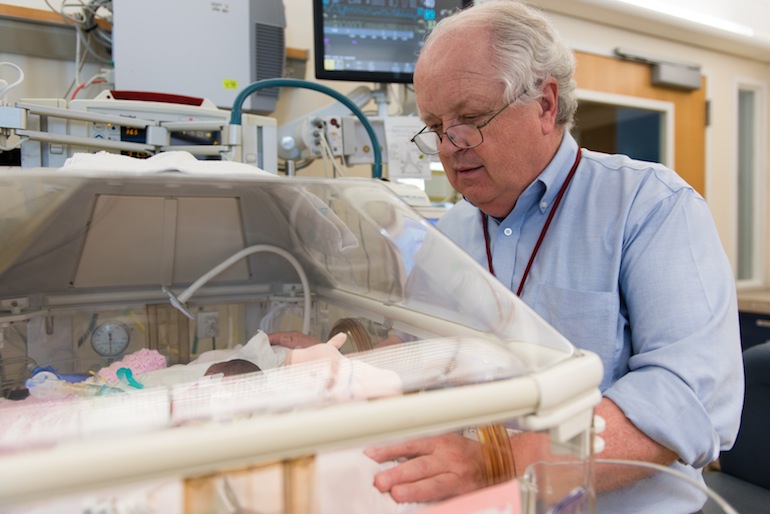 The American Academy of Pediatrics recently advised that parents should be given wide latitude to decide how aggressive doctors should be in cases where their child is at high risk of death or serious disability. In practice, this means parents willing to raise a child with severe disabilities might elect to pursue more aggressive care than those parents who do not want to take on the risk.

That’s a big change from the past. When Benitz first started here in 1973, doctors were considered the absolute authorities on life-and-death decisions. They consulted with colleagues, decided how much intensive care to give based on likely outcomes, and often didn’t even tell the parents until they’d acted.

“It never occurred to anyone that that might be a reasonable conversation to have,” he said. “We were in unexplored territory.”

As technology improved, and doctors tried to save sicker and even more premature babies, there were more decisions to make: Should they use a ventilator? Attempt a heart surgery? Those interventions helped many babies survive. Others did not fare as well.

“A lot of them ended up with significant impairments. In the mid-1980s we began to hear from families that maybe that wasn’t consistent with their goals for their children,” he recalled. 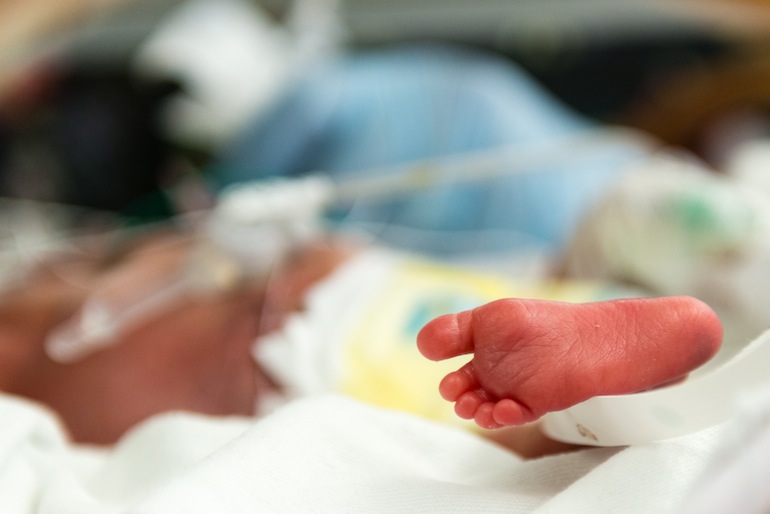 Packard Children’s social worker Jane Zimmerman, who works with Benitz, said many doctors back then were trying to protect parents. “The rationale for it was they didn’t want parents to have to take on that lifelong responsibility at having felt they made a decision that resulted in their child’s death,” she said.

But some parents were angry that doctors had stopped intensive care without consulting them. Others were furious that they had not been given the option to end treatment of babies who ended up with severe cognitive and physical disabilities. Some filed lawsuits accusing doctors of causing their children “wrongful death” or “wrongful life.”

Such cases coincided with a larger movement in which patients fought for more say in their own medical care. By the mid-1990s, parents in the NICU had become much more involved in decision-making for their babies.

The choices parents face are often wrenching. In May 2015, Chris and Karin Belluomini had a daughter Joy, who was born with Down Syndrome, multiple heart defects and fluid around her lungs. The doctors at Packard gave them the option of just providing comfort care, treatments that would soothe their daughter and relieve any suffering, but weren’t aimed at fixing her heart problems.

On one hand, the Belluominis, whose child was a patient of Benitz and Zimmerman, have a strong faith in God and were more than willing to raise a child with disabilities, even if severe. 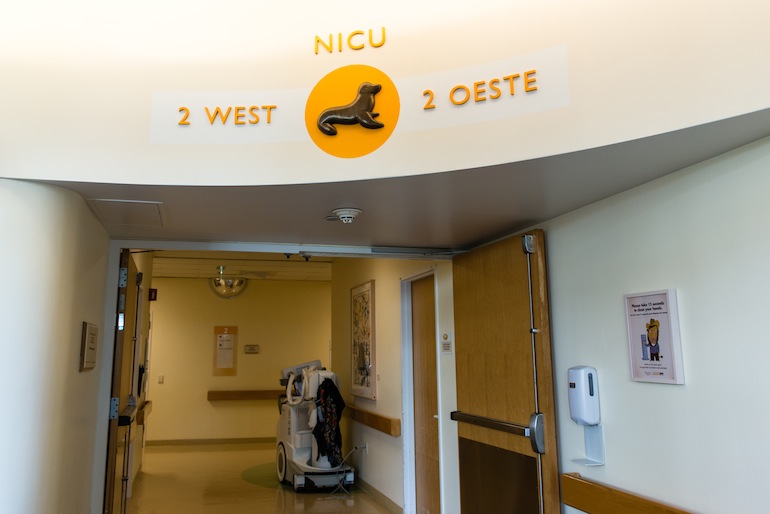 On the other hand, they didn’t want their daughter to suffer unnecessarily.

Their final decision was have doctors do everything they could for Joy – up to a point.

“We let them know if her heart stopped, we did not want her to be resuscitated. We just wanted her to be comfortable,” Karin Belluomini said in an interview at the family’s home in rural Gilroy, Calif.

Joy remained in intensive care for three difficult weeks. By the end, her blood oxygen levels were so low that the doctors said she could die at any time – possibly when her parents weren’t there. That’s when the Belluominis decided remove life support, so that Joy could die peacefully in their arms, disconnected from the tubes and needles.

Both parents said it was difficult to even imagine not being a part of such decisions.

“As a parent, you just want to do everything and anything to protect your child, so to be able to really understand her conditions and how it’s affecting her and to know that we did have a say in that was extremely important,” Karin Belluomini said.

“You kind of don’t want that responsibility and would rather have someone say or do it for you, but in the end, I wouldn’t want it to have been any other way,” added Chris.

Jenny Gold wrote this story while participating in the California Health Journalism Fellowship, a program of USC’s Annenberg School of Journalism.