On Wednesday, the Census Bureau gave Obamacare some good news: the uninsurance rate in the country dropped to 10.4 percent in 2014, down from 13.3 percent in 2013.

Colorado may be doing even better. According to a survey from the nonprofit, nonpartisan Colorado Health Institute, the number of Coloradans who have health insurance has reached a historic high. When the Affordable Care Act launched two years ago, CHI found that about one in seven of the state’s residents, or 14 percent, were uninsured. Its latest data show that figure is 6.7 percent. 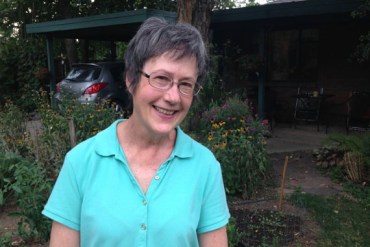 Marilyn Kruse, a substitute teacher in Wheat Ridge, Colo., says she was uninsured for seven years, and often avoided going to the doctor to save money. (Photo by John Daley/CPR News)

Marilyn Kruse, a substitute teacher in the Jefferson County school district west of Denver, is one of those who got insurance after the health law launched.

For seven years before that, she went without insurance because she couldn’t get it through her job. She had been denied most coverage because she had pre-existing medical conditions, and the plans that she could buy were extremely expensive. All the while, she continued to have health problems: a hip that needed surgery, carpal tunnel, bunions and a slipped disk.

“I had the disk go out and I was confused and scared,” Kruse said.

She was worried that she couldn’t pay to treat or repair her back problems. So she mostly avoided going to the doctor. When she did, she paid thousands of dollars out of pocket.

Then the health law kicked in. Kruse qualified for federal tax credits through Colorado’s health insurance exchange, so she could buy a plan that cost her $55 a month.

“That was a very exciting moment in my life,” Kruse said.

CHI’s latest report documents just how many of the state’s residents have similar stories.

Their 2015 Colorado Health Access Survey provides a comprehensive analysis of the health law’s impact in the state.

Amy Downs, CHI’s senior director for policy and analysis, says all signs pointed to a solid decline in the uninsured rate, but the sharp drop, to mid-single digits, was a big surprise.

“I don’t think that anyone was expecting it to really go down this much,” Downs said.

The decline, she says, is record breaking. In 2013, nearly 750,000 Coloradans were uninsured. Obamacare cut those numbers in half, to a level that was once considered unreachable, says Downs. (The Census Bureau’s data for Colorado show a less dramatic decrease. However, CHI’s report was based on a survey performed in 2015, while the Census survey is from 2014.)

“We see a big growth in our Medicaid population that is much higher than we expected as well,” Downs said.

Under the federal health law, the decision to expand Medicaid, the health plan for low-income Americans, was left up to the states. Colorado decided to expand. That’s led the state to enroll about 450,000 people in the last two years. One in five Colorado residents is on Medicaid.

But, Downs says, the expansion in health coverage is tempered by rising concerns over cost, and the rate of people who are underinsured, which means out-of-pocket health costs are still too expensive.

“The increase in the underinsured really stood out for us,” Downs said.

An unaffordable out-of-pocket cost is defined in the CHI survey as more than 10 percent or more of annual income. For those at 200 percent of the federal poverty level, any cost above five percent of income is considered unaffordable.

Downs says the number of underinsured Medicaid enrollees alone grew by more than a 100,000 people since 2013. “People on Medicaid have really low incomes, so it doesn’t take very much spending to get them into that underinsured category,” said Downs.

Gwendolyn Funk, 37, who lives in Dove Creek in the southwest corner of Colorado, considers herself underinsured. “Well, I’m glad that I have insurance, it’s just that I can barely afford my policy and my premiums, along with my children’s,” she said.

Funk’s husband, a mechanical engineer, gets insurance through his employer. But a family plan through his job is too expensive. So they pay $500 a month to privately insure Funk and their two children.

“We’re going to have to choose between basically either eating or paying for health insurance,” Funk said. “It’s going to be really, really difficult.”

Still, despite some concerns, the new survey finds that overall views on Colorado’s health care system have improved since the ACA went into effect. Nearly 75 percent give it a thumbs up, saying the current system meets the needs of their family.

In Colorado, Health Insurance Surges But Cost Still A Concern