In recent years, places such as Memphis and Phoenix had withered into health insurance wastelands as insurers fled and premiums skyrocketed in the insurance marketplaces set up by the Affordable Care Act. But today, as in many parts of the country, these two cities are experiencing something unprecedented: Premiums are sinking and choices are sprouting.

In the newly competitive market in Memphis, the cheapest midlevel “silver” plan for next year will cost $498 a month for a 40-year-old, a 17 percent decrease. Four insurers are selling policies in Phoenix, which then-presidential candidate Donald Trump highlighted in 2016 as proof of “the madness of Obamacare” as all but one insurer left the region.

Janice Johnson, a 63-year-old retiree in Arizona’s Maricopa County, which includes Phoenix, said her premium for a high-deductible bronze plan will be $207 instead of $270 because she is switching carriers.

“When you’re on a fixed income, that makes a difference,” said Johnson, who receives a government subsidy to help cover her premium. “I’ll know more than a year from now if I’m going to stick with this company, but I’m going to give them a chance, and I’m pretty excited by that.”

Across all 50 states, premiums for the average “benchmark” silver plan, which the government uses to set subsidies, are dropping nearly 1 percent. And more than half of the counties that use the federal healthcare.gov exchange are experiencing an average 10 percent price decrease for their cheapest plan.

In most places, the declines are not enough to erase the price hikes that have accrued since the creation in 2014 of the health care exchanges for people who don’t get insurance through an employer or the government.

Instead, experts said, next year’s price cuts help to correct the huge increases that jittery insurers set for 2018 plans to protect themselves from anticipated Republican assaults on the markets. Although Congress came up one vote shy of repealing the law, Trump and Republicans in Congress did strip away structural underpinnings that pushed customers to buy plans and helped insurers pay for some of their low-income customers’ copayments and deductibles. Insurers responded with 32 percent average increases.

“Insurers overshot last year,” said Chris Sloan, a director at Avalere, a health care consulting company in Washington, D.C. “We are nowhere close to erasing that increase. This is still a really expensive market with poor benefits when it comes to deductibles and cost.”

For 2019, the average benchmark silver premium will be 75 percent higher than it was in 2014, according to data from the Kaiser Family Foundation. (Kaiser Health News is an editorially independent program of the foundation.)

When Republicans failed to kill the health law last year, they inadvertently may have made it stronger. Insurers banked hefty profits this year, and new companies are moving in.

All these factors were especially influential in Tennessee, where the average benchmark premium is dropping 26 percent, according to a government analysis. That is more than in any other state.

In 2018, 78 of 95 Tennessee counties had just one insurer. That monopoly allowed the insurer to set the prices of its plans without fear of competition, said David Anderson, a researcher at the Duke-Margolis Center for Health Policy in Durham, N.C. “They were massively overpriced,” he said.

But for the coming year, 49 Tennessee counties will have more than one insurer, with a few — like Shelby County, where Memphis is located — having four companies competing. There, Cigna dropped the price of its lowest-cost silver plan by 15 percent. Nonetheless, it was underbid by Ambetter of Tennessee, which is owned by the managed-care insurer Centene Corp.

“We’re finally at the point where the market is stabilized,” said Bobby Huffaker, the CEO of American Exchange, an insurance brokerage firm based in Tennessee. “From the beginning, every underwriter, and the people who were the architects, they knew it would take several years for the market to mature.”

Still, the cheapest Memphis silver premium is nearly three times what it was in 2014, the first year of the marketplaces. A family of four with 40-year-old parents will be paying $19,119 for all of next year unless they qualify for a government subsidy.

“The unsubsidized are leaving,” said Sabrina Corlette, a professor at Georgetown University’s Health Policy Institute. “They are finding these premiums unaffordable.”

The landscape in Phoenix is greatly improved from when Trump visited after the federal government announced a 116 percent premium increase for 2017, as the number of insurers dropped from eight to one.

But now, three new insurers are entering Maricopa County. Ambetter, the only insurer this year, dropped its lowest price for a silver plan for next year by 12 percent and still offers the cheapest such plan.

Ambetter’s plan is still 114 percent above the least expensive silver plan in the first year of the exchanges. And none of the insurers are offering as broad and flexible a choice of doctors and hospitals as consumers had back then, said Michael Malasnik, a local broker.

Since the start of the exchanges, he said, insurers have “raised their rates by multiples, and they’ve figured out you have to be a very narrow network.”

Each plan for 2019 contains trade-offs. He said only Bright Health’s plan includes Phoenix Children’s Hospital. Ambetter’s plan includes the most popular hospital and doctor groups, but they are not as conveniently located for people living in the southeastern corner of the county, making other insurers’ plans appealing.

“Geography is the name of the game this year,” Malasnik said. 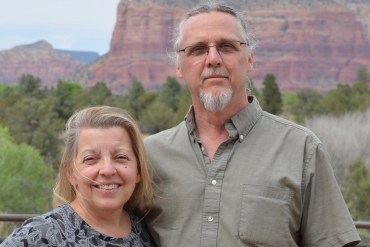 Theresa Flood, a preschool teacher who lives outside Phoenix, said none of the plans she considered accepted her doctors, who include a specialist for her spine problems — she has had four surgeries — and a neurologist who monitors a cyst and benign tumor in her brain.

The plan she chose would have been too expensive except that she and her husband, John, a pastor, qualified for a $1,263-a-month subsidy that will drop the cost to $207 a month. That bronze plan from Ambetter carries a $6,550-per-person deductible, so she expects she’ll still have to pay for her doctors on her own unless she needs extensive medical attention.

“It’s gone from being able to have a plan that you could sort of afford and got some benefit from, to putting up with what you can afford and hoping nothing happens that you actually have to use your insurance,” she said. “At this point, I’ll take what I can get.”

In Health Insurance Wastelands, Rosier Options Crop Up For 2019