The politics of the Affordable Care Act in the state of Louisiana are not subtle: It is not popular. The state was part of the lawsuit to strike down the law in 2012; it didn’t expand Medicaid and has no plans to, even as other Republican-led states have done so. And Louisiana didn’t set up its own marketplace to sell Obamacare insurance.

Nevertheless, about 186,000 people in Louisiana signed up for health insurance under the law and almost all of them got help from the federal government to pay their premiums.

The U.S. Supreme Court could soon rule illegal the insurance subsidies in Louisiana and more than 30 other states that use the federal website healthcare.gov. If the subsidies are eliminated, the number of uninsured people in the affected states would rise by 8.2 million in 2016, according to recent Senate testimony by Linda Blumberg, a senior fellow at the Urban Institute.

Jeff Cohen from member station WNPR spent three days driving around his home state of Louisiana speaking with people who got insurance under the law. Here are the stories of three people who say their financial independence is riding on the latest health law case before the Supreme Court.

Sitting at her kitchen table in the Baton Rouge home she owns by herself, Sheron Bazille says she had a good job that offered benefits — like health insurance. But she got sick and had to stop working: “It was either me or my job. And my life and my health was more important.” 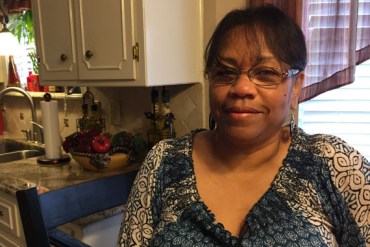 Sheron Bazille pays $219.01 for her health insurance. She knows the amount down to the penny. (Photo by Jeff Cohen/WNPR)

Bazille, 62, retired early, and she says leaving that job of 10 years meant losing her insurance – and some of her dignity, too.  Now, under Obamacare, she’s got subsidized insurance. She knows exactly how much her share is: “My monthly is 219. And one cent.”

The coverage has given her a sense of security, because she can take care of her health and her health care bills.

“Peace. I have peace now that I know I have hospitalization [coverage],” says Bazille. “If anything happens, I can go to the hospital.”

She worries the Supreme Court justices could take away that peace and asked what she would tell the justices if she could, she says: “Think about your kids, your family. If they could not afford to pay for health insurance. Wouldn’t you want someone to help them?”

At a coffee shop in Zachary, half an hour north of Bazille’s home in Baton Rouge, Jimmy See says he never felt like he needed health insurance – until he did. He’s 54, a self-employed housing and maintenance worker, and he’d always felt like health insurance was too expensive. But then he started having trouble breathing and he went to the hospital: “They said, ‘Well do you have any insurance? And I said, ‘No.’”

Rather than pay a lump sum up front, he went home and got worse.  Eventually, he collapsed and had to be hospitalized for close to two weeks for pneumonia. His remembers his bill being between $8,000 and $9,000. See negotiated with the hospital and received financial assistance to settle the bill. 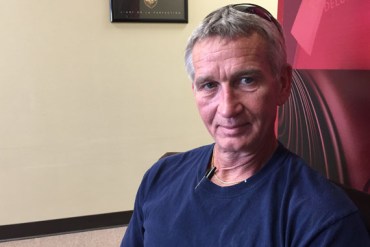 Jimmy See has had medical debt in the past, and he hopes insurance means he won’t be in that position again. (Photo by Jeff Cohen/WNPR)

See’s Obamacare subsidy covers all of his premium, and he says having insurance is a relief.

If the Supreme Court rules against subsidies, See says, for him it would be, “Back to square one. No insurance.”

James Marks lives four hours north of Baton Rouge in Shreveport. He doesn’t want to go back to square one, either.

Marks is 36 and works as a freelance computer technician and an afterschool art teacher. Neither job provides insurance and being uninsured has been a blow to his self-esteem. 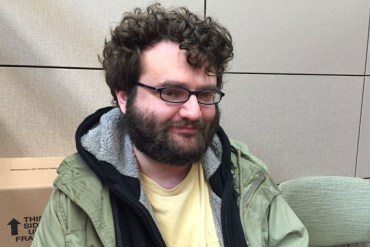 James Marks pays about $180 a month for his insurance and is happy he doesn’t have to depend on his parents for help with medical costs. (Photo by Jeff Cohen/WNPR)

Marks lives with a mental health issue – and, for the better part of 10 years, his parents paid for both his psychiatrist and his expensive medications. Now, he pays about $180 a month for a subsidized insurance policy, and he says it makes him feel like an adult.

Asked what he would tell the justices, Marks says: “I know the Supreme Court tries to decide stuff based on the law and not based on the impact that it has on America.  But it’ll wind up making a lot of people who were insured, who had insurance, who were able to go to the doctor and pay for their pills, not be able to anymore. And that’s just pretty lousy.”

This story is part of a reporting partnership that includes WNPR, NPR and Kaiser Health News.

In Louisiana, Obamacare Subsidies Mean Financial Independence For Some