In several states, most of the people enrolling through new online insurance marketplaces are signing on to Medicaid, the state-federal health insurance program for the poor. 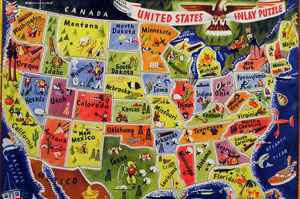 Many of the uninsured are poor, and applicants don’t have to pay anything to sign up for Medicaid. Shoppers applying for private health coverage through the marketplace have to pay their first monthly premium before they are fully enrolled. Their first payment must be made by Dec. 15 for coverage to take effect Jan. 1. Most are expected to be eligible for some tax credits, up front, to help pay the monthly premiums.

“We believe the reason we are seeing the higher Medicaid numbers is many people [buying private health plans] will wait until the last minute to pay for their health coverage like many of us do with our cell phone or cable bill,” said Bethany Frey, spokeswoman for the Washington state marketplace.

About 30,000 of the more than 35,000 people enrolled in the Washington exchange have signed up for Medicaid. Under the health law, in states that opt into the expansion, Medicaid eligibility is being expanded to cover everyone with annual incomes under 138 percent of the federal poverty level, or $15,800 in 2013.

About 20,000 of the people who qualified for Medicaid in Washington gained coverage through the expansion, while the rest were eligible under existing coverage rules. Many of those who were eligible but not enrolled have been signing up as a result of the publicity around the new marketplaces, officials say.

Frey said about 56,000 additional people have completed applications to enroll in private plans in Washington but have not yet made a payment so they were not included in the state’s tally.

About two-thirds of people enrolling through Kentucky’s marketplace also qualify for Medicaid, said spokeswoman Glenda Bond. “We expected Medicaid enrollment to be more robust at the beginning because people can enroll without making a payment,” she said.

Of the more than 3,700 enrollments in process in Minnesota’s marketplace, about 2,500 are for Medicaid. Only about 400 are people who are enrolling in a health plan. But a look at Minnesota applications in process shows that  private insurance enrollees could overtake the number of Medicaid enrollees in the weeks ahead — of 11,600 applications in the marketplace last week, more than 8,000 were for exchange plans.

Several states relying on the problematic federal exchange, including West Virginia and South Carolina, have also seen a surge in people applying for Medicaid because they have  separate websites for Medicaid enrollment, which unlike the federal exchange site, are working. Other states, such as California, have not yet released data about what programs people have enrolled in.

Clarification: This story has been updated to reflect the number of people who are in the process of enrolling in Minnesota.

In Some States, Most Early Marketplace Enrollees Qualify For Medicaid