Some of the millions of poor people expected to lose out on Obamacare coverage next year because their states are not expanding Medicaid might have a way to get help, but the strategy carries risk. 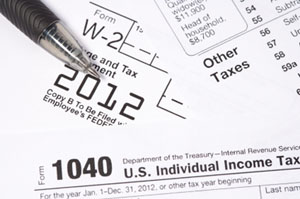 That would entitle them to federal subsidies that would cover nearly all the cost of private coverage sold on new online insurance marketplaces set up by the federal health law.  The subsidies are available on a sliding scale to people making between the poverty level and four times that amount.

Everyone applying for subsidies must estimate their 2014 income. For the poor, the difference between qualifying — or not — could be $1,000 or less a year. Since many rely on hourly or seasonal work, their incomes often fluctuate by a few thousand dollars each year.  That’s one reason why people often lose eligibility for Medicaid, the state federal insurance program for the poor.

While there are steep fines for knowingly lying on a government application for financial assistance, if someone merely miscalculates their income above the poverty level in 2014, and is later found to have made less than the poverty level, they won’t have to pay any money back, according to the Treasury Department.

“There’s little risk because under the rules you don’t have to pay anything back,” said Richard Trembowicz, vice president for Celtic Insurance Co., a subsidiary of Centene Corp. which is offering plans on several exchanges, including Mississippi.

While most people are unaware of this option now, “I would be surprised if this is not commonly known before the end of March 2014,” Trembowicz added, saying he expects advocates and others to advise people about the eligibility rules for subsidies when the exchanges open Oct. 1.

In addition, he said, people will have a new incentive to report income to the government that they might not have disclosed before, such as cash from babysitting and tips.

Under the Affordable Care Act, everyone under 138 percent of the federal poverty level, or $15,870 for an individual, was supposed to qualify for Medicaid. But after the Supreme Court last year made the Medicaid expansion optional, only 23 states and the District of Columbia opted to expand the program in 2014. Texas and Florida — the two biggest states that are not expanding Medicaid — have a total of about 3 million people under the poverty level who are currently uninsured.

Medicaid is a much more affordable option for people at or near the poverty level because of its limited out of pocket costs, but experts say qualifying for subsidies to get private insurance would be better than having no coverage.

Still, some consumer advocates are skeptical that many people will use the approach.

“It’s conceivable that some people may do this, but I think it will be pretty limited,” said Tim Jost, a law professor at Washington and Lee University.

He added there is a gray area between overestimating one’s income and intentionally lying to the government.

Catherine E. Livingston, a tax attorney with Jones Day in Washington, said “I think it would be quite challenging to prove they intentionally lied.”

But even if people with incomes at the poverty level qualify for subsidies for private insurance, the coverage might still be unaffordable, said Laura Goodhue, executive director of the consumer advocacy group Florida CHAIN.

That’s because they would owe as much as 2 percent of their income towards the cost of the premium and could still have co-pays and deductibles.  The health law does provide those under 250 percent of the poverty level with additional subsidies to lower these out-of-pocket costs.

Under regulations released in July, all the exchanges or marketplaces must first check the income level that an individual reports on his or her application against a federal database that contains data on the applicant’s federal income tax returns as well as Social Security and current wage data.

But if an individual projects their income up to 10 percent higher than shown in electronically available data such as a prior tax return, there will be no questions asked. If there is more than a 10 percent discrepancy, the exchanges will ask for more information, such as a pay stub. If an applicant is unable to provide such data, the regulations allow the exchanges in 2014 to rely on the individual’s “self-attestation” to determine the subsidy. This applies only when someone overestimates their income, according to a spokeswoman for Health and Human Services.

The reverse situation — when someone underestimates their income to qualify for a larger subsidy — would trigger requests for more documentation and in that case, the officials say they will rely on the electronic data.  If they did receive a larger subsidy than their income warranted, they would have to pay money back on their following year’s taxes.

Several advocates who are involved in educating their communities about the new health insurance exchanges say they would not encourage people to do anything that might appear fraudulent.

“The population tends to worry more about getting in trouble with the IRS than worrying about not having health insurance,” said Moriba Karamoko, director of the Louisiana Consumer Healthcare Coalition. Louisiana is not expanding Medicaid. “For me to suggest to anyone that they estimate to be higher when there is no reasonable expectation of that would be irresponsible, if not criminal.”

Most said they were unaware that people below the poverty level who overestimate their income would not have to repay the subsidy if later found ineligible.

Cindy Zeldin, executive director of Georgians for a Healthy Future, said she will refer people who are ineligible for Medicaid and can’t afford subsidies on the exchange to community health centers and other programs.

“We will do what we can to help people find coverage that they are eligible for and meets their needs,” she said.

Harold Pollack, a University of Chicago professor of social services administration, said he is troubled that some people whom the law was intended to help get coverage may have to resort to overestimating their income to get assistance. “This is a perverse situation where people may have to break rules to get health care coverage that the law intended to provide them,” he said.

Joe Antos, a health economist with the conservative American Enterprise Institute, said that while poor people won’t know about the option, he worries that some groups may try to exploit it.

“The one factor that could make this more important,” he said, “is the activity of community organizers and other people who have no official role, but who will be out there trying to pump up enrollment.”

In States That Don’t Expand Medicaid, Some Of The Uninsured May Still Get Help