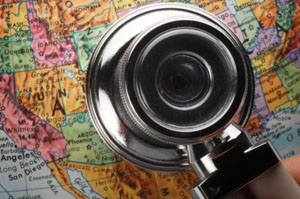 With the long-awaited deal to expand Medicaid finally struck last week between Pennsylvania and the Obama administration, 27 states and the District of Columbia have adopted a key coverage plank of the Affordable Care Act. And the momentum continues to grow in Republican-led states as Tennessee and several others look to expand coverage to low-income residents in 2015.

Utah Gov. Gary Herbert, another Republican, is negotiating a deal with CMS, although he would also need to get such a plan past legislators. Finally, Maine lawmakers are poised to expand Medicaid if Republican Gov. Paul LePage is defeated in the November election. LePage has vetoed several bills to expand the program after they were passed by the Democrat-controlled Maine legislature. LePage trails in the latest polls.

The health law had mandated that every state expand eligibility to those making up to 138 percent of the poverty level, or about $16,100 for a single individual. But the Supreme Court’s 2012 decision effectively made the expansion voluntary for adult residents, and 23 states haven’t extended the health insurance program as a result.

Still, the Medicaid expansion program got off to a faster pace than original adoption of the program in 1966.

Similarly, the Children’s Health Insurance Program started with only nine states in 1997. Another 35 states followed in 1998.

Pennsylvania’s Medicaid expansion will launch Jan. 1 to cover everyone with incomes under 138 percent of the federal poverty level. While Gov. Tom Corbett has called his expansion plan “historic” and defended his one-year delay in adding an estimated  500,000 people to the program, the  plan won’t be dramatically different than what most states are already doing.  Pennsylvania will continue to use Medicaid managed care plans for new enrollees, said Medicaid Director Leesa Allen. Insurers that have submitted bids to the state to cover newly eligible residents, including Aetna and United Healthcare, already provide Medicaid managed care to state residents.

It is still unclear if the newly eligible will be in different health plans than those currently enrolled. Of the 2.2 million people on Medicaid in Pennsylvania today, about 1.6 million are in Medicaid health plans. “It could cost more funds running separate computer systems and parallel provider networks,” said Michael Rosenstein, coordinator of the Coalition of Medical Assistance Managed Care Organizations in Pennsylvania.

Obamacare proponents say the more states that expand Medicaid, the more pressure will be on reluctant state officials to come on board.

A study by The Urban Institute last month found that states that have not expanded Medicaid may miss out on more than $420 billion in federal funding between 2014 and 2022.

“It looks like some states are looking for ways to overcome the political opposition and participate in the Affordable Care Act’s Medicaid expansion,” said Stephen Zuckerman, senior  fellow at the Urban Institute. “That’s not surprising given the federal dollars that will flow into the states and their health care systems.”

Indiana, Several Other States Look To Expand Medicaid Next Year