My ZIP code is a black hole for individual health insurance.

That’s what I recently discovered when I tried to find the coverage I want at an affordable price. What hubris I had.

My story started in 2009, when my position as a journalism professor at a small college was eliminated, and I lost my health benefits along with the job. In the ensuing months, as the clock ticked on my COBRA extension, I began to focus on finding a new health plan. I thought it would be a matter of dealing with mild sticker shock and doing comparative shopping. I was wrong. 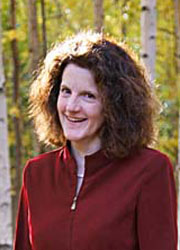 As an experienced writer and researcher, I am used to making calls, asking questions and digging through hard-to-understand details. But it never occurred to me that the answers I uncovered about Tompkins County, N.Y. — a paradise of farmland, lakes and waterfalls close to the cultural attractions of Ithaca, home for me and Cornell University — would be so frustrating. It turns out it’s one of the state’s worst places to find good individual health coverage.

When I tell people about my dilemma, they get curious — even participatory. “Did you try a professional group?” they ask. “Did you try an online broker?” (Yes and yes.) Maybe they get caught up in my story because, unlike many people with tales of insurance woes, I’m in my fifties and healthy. My story doesn’t involve a medical condition that’s unsolvable or hard to talk about. Or maybe it’s just that my experience lights a path, however convoluted, through the insurance gobbledygook.

I started my quest with Aetna, my COBRA insurer. Under New York state law, I thought I had “conversion rights” — meaning I could convert my former employer’s group coverage, the basis for my COBRA plan, to individual coverage. Though the full monthly cost was already $565, and I worried I wouldn’t be able to afford any increases that kicked in when it became an individual plan, it was great insurance — providing excellent benefits and the ability to choose my own doctors. But it turned out my cost concerns were not even relevant. There is a caveat in the law: self-insured employers are subject to federal, not state, regulation. And because my former employer is self insured — meaning Aetna administers the plan but the college assumes all the financial risk — the conversion option did not exist.

After this idea evaporated, I explored possibilities on the website of The Freelancers Union, a professional association that offers its own health insurance in New York. Five plan choices popped up. Great, I thought. Then I clicked further to read about the plans’ residency requirements and up came a map. The right side of the state — covering 34 counties that share borders with New Jersey, Pennsylvania, Connecticut, Massachusetts, Vermont and Canada — was colored in blue. These counties are the lucky ones. Those on the left — 28 counties that border more of Pennsylvania and Canada, extending all the way to Lake Erie and Lake Ontario — were white, meaning no Freelancers Union health insurance. That’s where Tompkins County is. 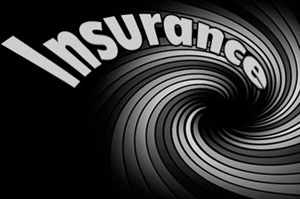 This development was crushing. Somewhere along the way, the notion had lodged in my head that if I ever turned to freelance writing as my full-time job, I could get benefits through this type of organization. But — at least as far as I could tell — there are no such groups with health plans in my area.

I felt stupid. I also was getting curious, which happens whenever I feel stupid. The reporter in me wanted to know what the heck was going on. But the consumer in me needed a health plan. So I kept looking.

I tried other websites, starting with AARP. The site directs consumers to an AARP-branded Aetna plan. I entered my ZIP code and got the same response: the plan was “not available in your area.” Next, at a top-rated insurance broker site, my ZIP code brought up one result. The $561-a-month GHI policy covered annual physical and gynecologic exams, prescription drugs with a co-pay, hospitalization and outpatient surgery. But it did not cover, among other things, any other office visits; inpatient physical therapy; ER professional charges; diagnostic admissions; and diagnostic lab tests. To me, that seems like too much money to spend for what amounts to catastrophic coverage.

Curiosity was getting the better of me, so I did some random comparisons on the same website. Zip codes in the District of Columbia; Seattle; Fairbanks, Alaska; and New York City offered 80, 45, 56 and 16 insurance choices, respectively. I also tried random rural areas. Residents of Aladdin, Wyo., had 27 plan choices, starting at $380 a month. Residents of Amelia, Neb., had 87, starting at $133.05.

At first I ruled it out because I wouldn’t be able to choose my own doctors, which has always been very important to me. But I was starting to feel desperate. And I qualified for the plan because it just so happens that in January, I made less than $2,269. I never imagined I would be glad to have a dry spell with my freelancing.

I was not surprised to discover that, although New Yorkers in many other parts of the state can choose a Healthy NY insurer from several options, I only had one: Excellus BlueCross BlueShield. I was just glad to learn that I could get insurance. A phone call led to an additional choice, through the same insurer, that would let me see my own doctors. But it would have cost around $1,400 a month, which is the same as my mortgage. There was also a plan for sole proprietors, but I didn’t qualify.

At this point I went into full reporter mode. I called Troy Oechsner, New York state deputy superintendent for health, and asked him about my scarcity of coverage options and the high costs associated with them. He told me that some other rural areas in the state are in a similar fix, and he said, “For an insurer to get into the area of Tompkins County, where Excellus has such a large hold on the commercial market, is really difficult.”

Ah. That rings a bell. I remembered reading a very similar conclusion in a 2009 United Hospital Fund report: “Entering Central New York is entering the Excellus zone” — a 15-county region where “the region’s nonprofit BCBS plans vigorously defend their turf.” Who do they defend it against? Mostly for-profit insurers, which have a much stronger foothold in downstate areas, including greater New York City. Nonprofits have historically claimed upstate markets (which include Central New York). In my region, Excellus in particular dominates, with a strong record of well-established health-provider relationships.

Not only am I in the Excellus zone, said Oechsner, but I’ve stumbled into “the plight of the individual market in New York.” It’s a decades-long saga in which the state “traded the problem of a group of people who can’t get insurance at any price for another problem, which is that our individual rates are out-of-control expensive,” he said. In other words, the state gave up some of its power to regulate rate increases in exchange for guarantees of access to quality coverage for everyone — although as recently enacted legislation is phased in, the state is regaining more control over the increases.

I still didn’t get why the Freelancers Union insurance isn’t available to me. So I called Chief Operating Officer Ann Boger, who explained that the group’s plan in New York is linked to the service area of Empire BlueCross BlueShield. I knew from my other research that Empire can’t operate in Excellus territory without giving up the BlueCross BlueShield brand. Boger also said that offering insurance in rural areas is a challenge. “The nature of insurance is that it works best organized around large numbers,” she added.

What about those rural areas I randomly sampled on the broker website? My answer came from Peter Newell, director of the United Hospital Fund’s Health Insurance Project. It’s simple: I didn’t compare the coverage. He talked of plans that have limited benefits, ratings for gender and age that push costs much higher than advertised, and exclusions for people with preexisting conditions. Broker websites, for all their ease of use, don’t instantly compare apples to apples. “If you compare my neighborhood to someone else’s neighborhood, you’ve got to think about those things,” said Newell.

Newell told me the federal health care reform should help me eventually — particularly with the establishment of health insurance exchanges that should yield more choices.

But for now, time has run out. I have signed up for the high deductible option in Healthy NY, with a drug benefit, for $296.48 a month. The deductible is $1,200 a year. I’m approaching this choice as a stop-gap measure, although, as I told Oechsner, I now have a strong incentive for limiting my income.

His response: “There’s no way to sugar coat it: You’re right. If you make too much money, individual health insurance in New York gets very expensive.”

I also have one foot out the door as I weigh my professional prospects. If I move, especially if I’m making a living as a freelancer, my first criterion in choosing a location will be something I’ve never before considered: the availability of good health insurance.

Finding A Path Through The Health Insurance Market ‘Gobbledygook’