Florida is on course to spend $6 million to reach out to nearly 4 million uninsured people and help them sign up for coverage in the federal health law’s online marketplace this fall.

Maryland will spend more than four times as much, or about $24.8 million, to help about 730,000 uninsured. The District of Columbia expects to spend about $9 million assisting 42,000 uninsured.

The wide variation in spending to hire and train people to provide consumer assistance in the first year of the new marketplaces could have a major impact on how many people actually get coverage under Obamacare, experts say.

That’s because states relying on the federal government to run their marketplaces are getting far less money than states setting them up themselves because of how the health law was written. In addition, some states such as Maryland that are running their own operations are supplementing the federal dollars with states funds. That’s widening the gap. 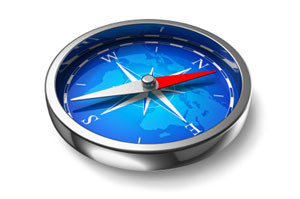 “The spending difference could have a huge impact,” said Jon Kingsdale, a consultant who helped launch the Massachusetts health insurance exchange in 2006.

Consumer assistance is considered key to enrolling the uninsured for several reasons. Polls show most people are unfamiliar with the law’s benefits, including new government subsidies that take effect next year. For example, those subsidies will apply to a family of four with an income as high as $94,000.

The online marketplaces, which open for enrollment Oct. 1, were envisioned to be as easy to use as travel websites like Expedia, but experts say that many people will need help figuring out which plan is best for them and what information they might need to sign up for coverage.

Some have never applied for health insurance coverage before and may need assistance even to navigate the website, said Sonya Schwartz, program director of the National Academy for State Health Policy, and project director of State Refor(u)m, a discussion forum about implementation.

The marketplaces, also known as exchanges, are the key way the law expands health coverage to about 27 million people by 2016. That’s where people will shop for and enroll in private coverage and determine if they are eligible for premium discounts, or for Medicaid, the state-federal health insurance program for the poor. While many customers will be uninsured, others with coverage will use them to take advantage of government subsidies.

To be sure, consumer assistance is only one way that potential enrollees may learn of new insurance options and how to sign up for them. Additional federal dollars will go to advertising on radio, television and billboards. And insurers, hospitals and nonprofit groups may supplement public education efforts in many states.

The biggest reason for the uneven spending on consumer assistance is that when Congress passed the health law in 2010, it assumed most states would run the online marketplaces, and it authorized broad funding for that. As it turned out, only 16 states and the District of Columbia agreed to do so.

The law did not set aside money for the federal government to operate the marketplaces, either alone or in partnership with the states, as it is doing in at least 34 states. To remedy that, the Obama administration recently moved $54 million from the law’s prevention fund to provide money to hire and train people to assist consumers in those states, based on their number of uninsured.

That money will be awarded directly to organizations that agree to hire and train people to assist consumers. Those eligible include church groups, local health agencies, community health centers, chambers of commerce.

“This is a huge challenge,” said Laura Goodhue, executive director of Florida CHAIN, a consumer advocacy group. “As community based groups start to really plan and get ready for October, they are realizing just how difficult a job they will have and how the funding will only go so far.”

She estimates about 1.7 million people in Florida could benefit from subsidized coverage in the marketplace run by the federal government, but few know it will exist.

“We are equally concerned about a lack of consumer assistance or any type of consumer advocacy at the state level to help resolve issues related to enrollment and eligibility,” she said.

Texas, with the nation’s highest uninsured rate of about 24 percent, will get as much as $8 million to enroll about 5 million uninsured in a federally run marketplace. That’s less than $2 per uninsured resident— compared to about $31 per person in Maryland.

Virginia, with 845,000 uninsured, is getting $1.4 million for consumer assistance to help people sign up for its federally run marketplace.

Small states running their own marketplaces also have relatively big budgets to hire and train people to assist consumers. Rhode Island, which has 116,000 uninsured residents, plans to spend nearly $2 million over 18 months.

A handful of states, including Maryland and Vermont, are also spending state taxpayer money to supplement their federal grants. Maryland has put up $8.6 million on top of $16 million it got from the federal government. Vermont, which has about 55,000 uninsured, has put up $400,000, for a total of $2 million.

Genevieve Kenney, senior fellow at The Urban Institute, said that while the amount of money channeled toward consumer assistance is important, other factors also will have an impact. For example, states can streamline enrollment in Medicaid and make other efforts to make the process as consumer friendly as possible.

A number of states are also counting on help from private organizations. The California Endowment, a large health foundation has offered about $29 million to help California’s already well-financed outreach effort—mostly to help find and enroll people in Medicaid.

“While some private foundations and consumer groups will try to help, ultimately it’s what states invest in education and outreach that’s going to matter the most,” said former Medicaid director Bachrach.

Health advocacy groups in Maryland, meanwhile, are giddy at the $24 million that state is putting toward getting people signed up for insurance. The money will pay for 300 consumer assistance jobs created by six groups, including county health agencies and nonprofits.

The Baltimore area is getting $7.9 million of that to help find and enroll about 220,000 uninsured. That will be coordinated by HealthCare Access Maryland (HCAM), a nonprofit group that helps people get coverage, which will work closely with local hospitals, the YMCA, homeless shelters, community health centers and religious groups.

Asked about how Baltimore will have more money for consumer assistance than the entire state of Florida, HCAM CEO Kathleen Westcoat laughed.

“Maryland is putting its money where its mouth is,” she said.