Arkansas is the latest and perhaps best hope for those who want states resistant to the Affordable Care Act’s Medicaid expansion to reconsider. 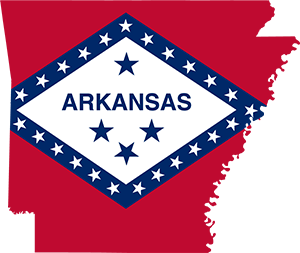 Illustration by Darwinek via Wikimedia Commons

Last week the Arkansas legislature approved a plan to give Medicaid beneficiaries money to buy individual policies from private insurers on the state’s health insurance exchange — the subsidized, online markeplaces due to be in business next year. The governor signed the bill Tuesday — making it law.

The Department of Health and Human Services, which has said it “will consider approving a limited number” of such arrangements, still needs to negotiate details and sign off.

One insurer is already expressing interest.

“We are very capable of doing an Arkansas-type model,” Centene Corp. CEO Michael Neidorff said Tuesday. “That’s something that would be a sweet spot for us.”

Centene sees opportunity in participating in the health law’s coverage expansions, whether Arkansas-style or not. It already runs Medicaid managed care plans for those with very low incomes in several states, although not in Arkansas. Now it wants to offer plans to individuals with slightly higher incomes through the exchanges.

“We believe we can achieve increased profitability in 2014 upon the commencement of the ACA,” Neidorff told stock analysts Tuesday. “The exchange market represents the largest growth opportunity for Centene over the next several years, estimated at $52 billion in our existing markets.”

Policy analysts expect considerable “churn” from members moving between the ACA’s expanded Medicaid program and commercial policies sold on the exchanges as their incomes fluctuate. Centene wants to be on both sides of the line, selling “a product that offers people a comfortable transition,” said K. Rone Baldwin, chief of the company’s insurance group.

Whether managed by Centene or some other carrier, private, individual insurance in the Arkansas mode could help Medicaid members keep the same doctor and otherwise minimize disruptions when they graduate to a non-Medicaid exchange plan, some have suggested.

But the plan is being praised as a “conservative alternative” to Obamacare classic and is reportedly being eyed by Pennsylvania, Ohio and other states resisting the Medicaid expansion.

Centene executives spoke to investment analysts on a conference call about the company’s quarterly profits. Like other insurers, they were coy about saying where they plan to offer exchange plans and on what terms.

“We do expect to be on the exchanges in a subset of the places where we have health plans today, and we’re entering into contracts with hospitals,” said Baldwin. How well will Centene be paying those hospitals to care for its exchange members? “It’s certainly not exactly at [lower] Medicaid rates but I wouldn’t say it’s exactly at [higher] commercial rates either,” he added.

The company earned $23 million for the quarter on revenue of $2.5 billion.

Insurer Centene: We Can Do Arkansas-Style Medicaid