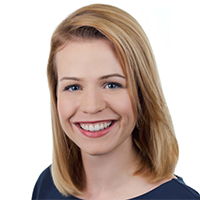 The Trump administration is trying to achieve a goal for Republicans that dates to the 1980s — allowing states to obtain at least some of their funding for Medicaid as a block grant. The trade-off for states is that, while potentially getting less money from Washington, D.C., they would be free of some federal rules and requirements for the program. Advocates for patients warn it could mean less care for fewer people.

Meanwhile, as the novel coronavirus continues to spread from China, public health officials are not the only ones working frantically. The fear resulting from the ailment is starting to have ripple effects on the world economy, trade and transportation.

And, in reproductive health news, the Trump administration is challenging California over its law requiring most insurance plans to cover abortion services. The administration said that violates federal law and warned that if California does not change the law, it could lose its federal health and education funding.

This week’s panelists are Julie Rovner from Kaiser Health News, Kimberly Leonard of the Washington Examiner, Erin Mershon of Stat and Joanne Kenen of Politico.

Julie Rovner: Kaiser Health News’ “A Guide To Following The Health Debate In The 2020 Elections,” by Julie Rovner

Joanne Kenen: ProPublica and Kentucky Center for Investigative Reporting’s “How These Jail Officials Profit From Selling E-Cigarettes to Inmates,” by R.G. Dunlop