The Los Angeles County Public Health Department falsified the dates it received complaints about nursing homes as pressure rose to meet state deadlines for launching investigations, according to two employees.

In a letter last month to county, state and federal officials,  inspector Kimberly Nguyen cited 11 cases in which she said the dates typed into the computer system were later than the dates the complaints were actually received. The cases mentioned in the letter involve alleged abuse, falls and pressure sores, she said. 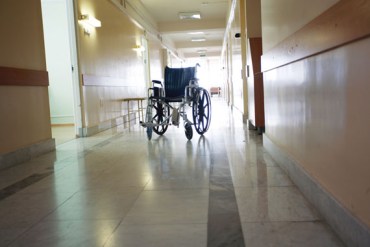 “In my belief, falsification is a serious matter and unlawful and our department should know better to not manipulate paperwork to mislead others and the public,” Nguyen wrote in the Oct. 7 letter.

In an Aug. 6 email, Sharon Geraneo, an assistant supervisor in the department, also wrote administrators to protest alleged falsification of complaint dates. She wrote that the department cites nursing homes for fraudulent record-keeping and yet, “here we are falsifying the records.”

Under state law, investigations must be started within 10 days of receipt of a complaint— or 24 hours if the allegation involves the imminent threat of death or serious harm.  California Department of Public Health policy requires inspectors to enter the dates based on when the complaint was first received by telephone, fax, email or letter.

In Los Angeles County, the dates of some complaints were entered much later than when they were received — by as much as 79 days, Nguyen said.

Officials with the state public health department said they are investigating the allegations.

The Los Angeles County Department of Public Health issued a statement saying it has “zero tolerance for intentional document falsification” and is not aware of any deliberate falsification of records.

Department officials said they did identify a data entry error by one person that affected 35 cases. The error “prompted swift and appropriate corrective actions,” including re-training that staff member, according to the statement.

The health facilities inspection division “recognizes the importance of handling records in a timely manner,” the statement read.

Los Angeles County is under contract with the state to investigate potential problems at nursing homes, which typically are made by residents or family members, or are reported by the facilities themselves.

Both the county and the state have faced mounting criticism over the past several months for lax oversight of nursing homes. Legislative hearings, audits and reports have faulted public health officials for allowing thousands of open cases to languish,  often for a year or more.

The most recent allegations focus on problems at the other end — in starting the investigations. A state audit released last week said that in addition to the delays in finishing cases,  officials had not begun investigations within the required time frames.  In August, the Los Angeles County Auditor-Controller also faulted the county public health department for problems with entering complaints in the system days after receipt, rather than on the same day as required.

Nguyen said she believes the practice in some cases was deliberate, in part because it continued even after the August audit. She said she decided to speak publicly about her concerns because she believes the department is “putting patients in harm’s way” and should be held accountable.  She has made repeated attempts to get her superiors to address problems but said she has received little or no response.

“I’ve exhausted the proper channels,” she said. “It was time for me to come forward … This is a safety issue.”

In an interview, Nguyen said several cases concerned her, one of them involving Imperial Crest Health Care Center in Hawthorne. Documents showed the center submitted a report to the county public health department on Aug. 5, 2013 about a resident suffering a broken finger.  The receipt date, however, was listed as Aug. 16 — 11 days later. The investigation was begun within 10 working days after that.

The injury, which required stitches and a splint, resulted from an altercation in which a nursing aide snatched a mobile phone away from the patient, documents show. In fining the facility $10,000, the county said the facility had failed to intervene when the resident earlier accused the aide of being rough and asked for a different aide.

According to an Oct. 3 email, Nguyen raised concerns about falsified dates in other cases to her supervisor, Adewole Adegoke. In a response that day, Adegoke wrote that so much “behind-the-scene” work needs to be done before an investigation can be assigned and that the start dates are “not so black and white.” Also, the supervisor blamed a fax machine, saying it “had not really functioned as designed.”

Meanwhile, the state, which directly oversees nursing homes in every district except Los Angeles County, has had its own history of problems with timely investigations. A lawsuit by California Advocates for Nursing Home Reform, or CANHR, resulted in a 2006 order by a Superior Court judge instructing public health officials to follow the law regarding investigation timelines.

Geraneo noted that order in her e-mail to administrators, referring to a case involving a non-working generator in which the complaint year had allegedly been changed from 2013 to 2014. “We cannot change the initiation dates of these complaints because of the CANHR lawsuit!”

Geraneo declined to be interviewed.

Since Kaiser Health News began writing about the department’s health facilities inspection division in March, administrators have sent e-mails to staff telling them not to speak to the media and to forward all requests. Reached by phone, several inspectors have declined to talk, saying they feared retaliation.

Nguyen said  she has been she has been targeted for retaliation as a result of raising questions since July 2013 about the quality of nursing home oversight.

In May 2014, Nguyen was suspended for five days without pay because she allegedly failed to renew her nursing license. A department letter said her license expired on November 30, 2013 and that she worked for six days without a valid license.

But as the Board of Nursing later confirmed in writing, her license actually had been renewed promptly. The Board simply hadn’t entered the renewal on its website. Nguyen called the board on Dec. 11, as soon as she found out about the problem, and it was fixed within an hour.

Nguyen said she believes she was being punished by her bosses for exposing the department’s “unethical practices.”

“They were being vindictive,” she said.

A spokesman said the county public health department could not comment on personnel matters.