Los Angeles County arguably has more to lose than any other California county if the Affordable Care Act is repealed or dramatically scaled back.

With more than 10 million residents, it is the state’s most populous county by far ― a distinction reflected in the number of Angelenos who obtained health coverage under Obamacare.

About 1.2 million L.A. county residents have signed up for Medi-Cal, the state’s Medicaid program, under its expansion, which is a central pillar of the Affordable Care Act. They account for roughly a third of all Medicaid expansion enrollees statewide, according to county statistics.

In fiscal year 2015-2016, the county received about $900 million in federal money to serve that population, said Mitch Katz, director of the Los Angeles County Health Agency.

Katz is a practicing physician who ran San Francisco’s public health department before coming to Los Angeles. He believes state and local leaders must find ways to cover some or all of the L.A. County residents ― and Californians ― who might lose coverage if the health law is repealed.

Last month, the Los Angeles County Board of Supervisors adopted a motion calling on L.A. county health officials to “develop options” to maintain or extend coverage in the county and state if the law is repealed or significantly changed. It directs them to report back to the board in 60 days.

California Healthline recently spoke with Katz about his ideas. The interview was edited for length and clarity.

Q: How has Los Angeles County benefitted from the ACA?

L.A. County’s Department of Health Services cares for about 300,000 people who have Medicaid due to the expansion. Those people are now covered while they would have once been uninsured. Prior to the Medicaid expansion, they would have come to us and we still would have cared for them. But what we have done with that money from the expansion is we have pumped it into making the system work. We now have an electronic health record that covers our entire four-hospital, 19-health-center system. And that makes everybody’s care better.

Because we now have more revenue dollars, we have increased general funds to provide coverage through My Health LA, which is the program that covers 145,000 people who are ineligible for the ACA, largely because of the fact that they are not documented. Those people now are all given a primary care home at one of the community clinics.

Q: What should California do if Obamacare is cut or repealed? 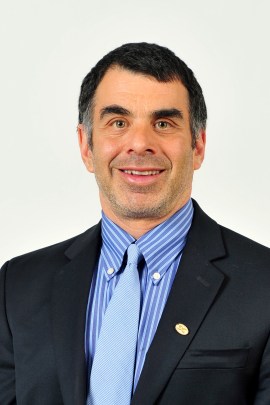 California had two bills to create a plan before the ACA. At the end of the day, they harmonized them but it didn’t go forward. If you look back, the disagreement wasn’t, “Oh, I don’t know if we should really provide insurance.” The disagreement was on what kind of coverage are we providing and who’s paying for it.

But the state of California made a decision approximately two years ago that I very much support to cover children 0 to 19 who are undocumented. You could view it as an improvement of the ACA.

I think California has a different set of values. It’s not required. We’re doing it because we believe these children are in our country and we should keep them healthy.

We’ve made a decision as a state that we’re prepared to pay for this service even though the federal government does not.

Given that that’s true, maybe there are other things we as a state would like to do either that are not currently in the ACA or that might be taken from the ACA.

Q: What has changed that would make a California plan more likely to succeed now?

One thing that’s changed is that we’ve learned some things from the ACA. We’ve learned that when you get coverage, it actually improves health status.

Covered California does not need the ACA in order to exist. The issue is that 85 percent of the people getting coverage on Covered California are getting a subsidy. If you shrink the subsidy sufficiently, people will not be able to afford it. But you actually now have the infrastructure to provide people coverage.

There might be a will at this point to create a plan to fill holes that are created by changes in the ACA.

Q: Where would you find the money to pay for it?

At this moment, all I’m saying is that we should prepare to be sure we know what the plan looks like that we want in California and start thinking about how we might support it if we need to.

California uses nursing homes at a higher clip than some other states. If we offered more opportunities for people to be in assisted living, which is significantly less expensive than nursing homes, we would be able to reduce costs. I think we could also do a lot better in California on limiting the use of unnecessary antibiotics.

My point is not to say any of these need to be done. If you want to try to cover people and get them the care they need, and the answer is “it’s too expensive,” you can do one of two things.

You can say, “O.K., well if you’re wealthy and employed, then you get it, and if you’re poor, you don’t get it.” Or you can say that because we uphold the values very strongly of equal access, we can look really hard at decreasing costs.

Q: In what other ways could the state provide for coverage?

We could also increase taxation for those things that lead to bad health. You have tobacco taxes. We just passed a $2-per-pack increase. You could look at marijuana, alcohol and hard liquor, and sugared drinks. California has no statewide tax on sugared drinks.

Ideally, I would want the coverage to be as comprehensive as possible. I understand the idea that if you don’t have enough money to cover everyone for everything, you either choose who you’re not going to cover for anything or you figure out what you can afford for everyone.

I personally subscribe to the value of trying to provide a basic level of service to everyone, if there’s not enough money to provide comprehensive services.

It’s not always easy to decide, but just because it’s not easy, I don’t think is an excuse to not do it, because the default is then that certain people get thrown off the boat.

In the days before the ACA, who got thrown off the boat? Those people who couldn’t pay for it. Now we’ve given them a hand up and we’ve said, “you know what, just because you couldn’t pay doesn’t mean you shouldn’t get health care.” If the ACA is going to toss them off the boat again, I’d like to catch them.