Facing a backlog of hundreds of health and safety complaints about nursing homes, Los Angeles County public health officials told inspectors to close cases without fully investigating them, according to internal documents and interviews. 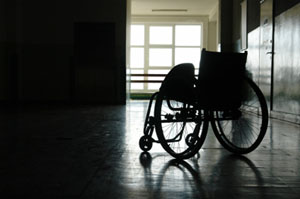 The effort — known as the “Complaint Workload Clean Up Project” — has been going on since at least the summer of 2012, according to internal memoranda sent to managers and inspectors by county Department of Public Health supervisors.

State and federal officials, who contract with Los Angeles County to inspect nursing homes on their behalf, said they are now investigating the matter.

Contacted by a reporter, the California Department of Public Health issued a statement Sunday saying it did not approve the practice and has ordered Los Angeles County officials  to “immediately discontinue” it.

The county’s approach conflicts with the policies and protocols of the California Department of Public Health, spokesman Anita Gore said in the statement.

The federal Centers for Medicare & Medicaid Services is conducting a separate inquiry. “CMS recently was made aware of allegations concerning the quality and integrity of nursing-home inspections in Los Angeles County, and we are looking into those allegations,” spokesman Jack Cheevers said last week.

Nearly one-third of California’s 1,286 nursing homes are in L.A. County.

They instructed inspectors to close other cases by examining previous reports about the facility instead of thoroughly investigating the complaint at hand. If two other inspections done around the same time did not reveal problems similar to the new allegation, the complaint was to be determined “unsubstantiated.”

The county also told inspectors to administratively close cases reported directly by a nursing home if the facility had been in compliance with an earlier routine inspection.

The internal documents said, however, that inspectors were to fully investigate complaints that were high-profile, were part of a lawsuit or involved alleged abuse or neglect.

The documents do not specify what types of investigations might have been cut short. Nursing home inspectors respond to a variety of complaints such as insufficient staffing, staff misconduct and unsafe conditions. Specifically, problems may include patients getting bed sores or being given unnecessary medications.

“Abuse and neglect cases are not the only cases that lead to harm or death,” said Molly Davies, coordinator of the WISE & Healthy Aging Long-Term Care Ombudsman Program for L.A. County, whose position is partially funded by the state and federal governments. “There are other egregious types of complaints.”

Poolean, chief of the health facilities inspection division for L.A. County Department of Public Health, said the county’s actions were the result of a state push to close cases.
All of the complaint investigations were started but some were not completed or written up, he said. The cases “may have sat on a desk for a long time,” he said.

Poolean blamed a shortage of inspectors, saying he had trouble recruiting and retaining staff.

One inspector, who declined to be identified for fear of retaliation, said the department let the vulnerable nursing home residents down. “They counted on us to go in there and protect them,” the inspector said. “We not only failed but we are deceiving the public to think that we are doing our job. It’s absolutely untrue.”

Statewide, public health officials have said there are more than 9,000 open cases dating as far back as 2001 and that they are addressing the backlog. A substantial portion of those cases are in L.A. County but it is unclear precisely how many.

Gore, the spokeswoman, said the department takes its responsibility for protecting patients seriously. Like the county, state officials blamed the backlog on shortages of qualified inspectors. The department’s licensing and certification division has more than 600 inspectors, and about 4 percent of positions are vacant.

At a recent legislative hearing on the issue, however, they assured legislators that all complaints are investigated. That process includes collecting data, reviewing records and doing observations, officials said last week. Following an investigation, public health officials write reports identifying any problems and may issue citations and fines and refer cases to law enforcement.

During the legislative hearing, Assemblyman Richard Pan, D-Sacramento, said he was concerned about an “ongoing, persistent pattern of slow complaint investigations and accumulations of backlogs of complaints.”

Under state law, an investigation must be initiated within 10 days — or 24 hours if the allegation involves the imminent threat of death or serious harm. Advocates said that it’s critical the investigations occur promptly because staff turnover at nursing homes is high, memories fade and residents may move or even pass away.

Last month, Assemblywoman Mariko Yamada, D-Davis, who chairs the aging and long-term care committee, proposed legislation that would require the state to complete investigations within 40 days.

She also requested an audit of the state public health department’s investigative process. Among the questions she posed were, “How many current investigations have been open for more than two months? Four months? Six months? One year? 18 months? Two years? Three years or more?”

The delays have occurred in some cases in which patients were harmed or died.

The Los Angeles County long-term care ombudsman filed a complaint in July 2012 for Jeanne Callan, whose 89-year-old mother died after a series of falls at a Canoga Park nursing home. Her mother had a history of falls and the center should have known that and taken better precautions, Callan said.

Callan said she didn’t get an official response — that the case was unsubstantiated — for a year and a half. Callan and a representative from the ombudsman’s office recently had a meeting with county department staff, the first step in an appeal process. “I always expected that somehow, somebody would be there … to help protect people,” she said. “That isn’t happening.”

State officials contend that Los Angeles County, the only jurisdiction in which county health officials are empowered to do inspections on behalf of the state, is anomalous in its approach. But the delays have affected investigations statewide.

Stephanie Sherman said she filed a complaint with the state public health department on behalf of her mother, Maxine Sherman, in July 2008 after her mother was left unattended at a nursing home in Riverside, fell and broke her hip.

Sherman, a retired U.S. Army colonel who lives in Jackson, Calif., said she called numerous times, even after her mother’s death in 2010. Last fall, she heard about an advocacy organization, Sacramento-based Foundation Aiding The Elderly, and gave the group permission to act on her behalf. In November 2013, she got word that the state filed a citation against the facility.

“I am kind of a stubborn coot, so I kept persisting,” she said. “Many people would have given up. I just can’t get my mind around why this would take so long.”

Davies, the ombudsman, said she often waits years for responses from the L.A. County public health department and that officials sometimes tell her they never receive the complaints.

“I have no confidence that if I submit a case to the (Los Angeles County) Department of Public Health, that they will investigate it,” she said. “And if you don’t follow-up … there is no guarantee that anything is going to happen.”

The state public health department has previously faced criticism for its handling of nursing home complaints. A 2005 lawsuit, a 2007 state audit, a 2011 report by the federal Office of the Inspector General and 2012 sanctions by the Centers for Medicare & Medicaid Services all have taken issue with the time it takes to resolve complaints. The lawsuit, brought by California Advocates for Nursing Home Reform, resulted in an order by the San Francisco County Superior Court for the department to begin its investigations on time as required by law.

In October, the Foundation Aiding The Elderly filed another lawsuit against the state alleging that complaints were not investigated in a timely manner. The suit alleged violations of state law “continue unabated at nursing homes and other long-term health care facilities, exposing the residents to unnecessary health risks.”

An earlier legislative effort to address the delays failed. In 2007, Gov. Arnold Schwarzenegger vetoed a bill that set a deadline for the investigations to be completed. In the veto letter, he wrote that the legislative fix was unnecessary because the department was making progress in meeting its workload.

Connors, of California Advocates for Nursing Home Reform, said that progress clearly has not been made. “Here we are seven years later,” he said.