The health law is expected to change the face of Medicaid – literally. 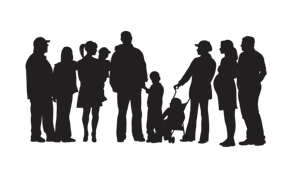 As part of the federal overhaul, some states have opted to expand in January this state-federal health insurance program for low income people to include Americans who earn as much as 138 percent of the federal poverty line (just under $16,000 for an individual in 2013). As a result, the new enrollees will include more white, male and healthy individuals than those eligible before the Affordable Care Act expansion, according to a study in the Annals of Family Medicine.

Using statistics from the National Health and Nutrition Examination Survey, the authors found that the group of newly eligible individuals is:

The University of Michigan researchers hope the information will help inform health providers and policy makers who are gearing up to plan for the more than 13 million adults potentially eligible for Medicaid after Jan. 1.

“It’s really a game changer,” said Dr. Tammy Chang, a lead author of the report. “A lot of providers think of Medicaid as people who take a lot of time to see, who use a lot of resources.”

She said the stereotypes of the Medicaid population – high-risk, chronically ill – affect the way doctors and health care systems view treatment for these beneficiaries since the costs of those patients is often higher. A shift in the demographics could also mean a greater focus on prevention and family care, rather than chronic disease.

In addition, the study could help inform health providers who are worried about how they will be paid by Medicaid patients, said Sara Rosenbaum, a health law professor at the George Washington University School of Public Health, who is not affiliated with the study.

“I think many have made assumptions about the population,” she said. “But the [health law] takes a group of people and gives them coverage – it should be good news for the providers.”

On the flip side, Rosenbaum said there is also the question of enrolling those who are currently eligible for the program, but are lost in the system and remain uninsured. This phenomenon will mostly likely still be a sicker population, she said.

While the study is based on national, not state data, Chang said the information could encourage more access to Medicaid since it could actually lower health costs through preventive care for a younger population.

Rosenbaum, too, is hopeful that the new information will give hesitant states more incentive to pursue the health law’s Medicaid expansion, since some have cited the burden of high health costs as a concern.

“It’s about the need for good family care, routine care,” she said. “One would hope that encourages states to open up their programs.”