After Lois Frarie, a 93-year-old retired teacher from Monterey, Calif., spent four days at a local hospital while being treated for a broken elbow and pelvis, she went to a nearby nursing home to build up her strength.

But her family was stunned to find out that they would have to pay thousands of dollars up front since two of the days she spent in the hospital were considered “observation care.” She wasn’t an admitted patient for at least three consecutive days and therefore she didn’t qualify under federal law for Medicare’s nursing home coverage. 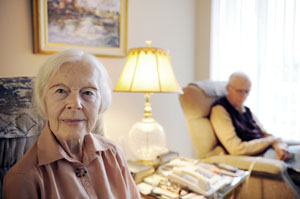 “I assumed I was under the hospital’s care,” said Frarie.

Advocates for seniors say the distinction is not fair to patients. They are taking their argument to federal court in Hartford, Conn., Friday for the first hearing on a lawsuit seeking to have Medicare eliminate the observation label. Government lawyers argue in court filings that Medicare considers observation care an outpatient service and if elderly patients think they should have been admitted to the hospital, they should file an appeal.

Yet federal records and interviews with patients and advocates across the country show that many observation patients who call Medicare about the billing problem find out there is nothing that Medicare can do to help – as Frarie’s and other persistent families have learned first-hand.

“People are often told there is nothing to appeal,” said Judith Stein, executive director of the Center for Medicare Advocacy, which is representing 14 seniors in the lawsuit.

Last week, Medicare sought to help observation patients who have lost nursing home coverage and who also pay higher hospital costs than admitted patients. The agency proposed changes to the hospital payment system that would require, with some exceptions, patients who stay in the hospital two days or less to be classified as observation patients, and those who stay longer would have to be admitted.

Frarie’s nursing home bill for nearly three months of care came to $19,000. Her family took the first step in the appeals process, asking Medicare to count all four days in the hospital as inpatient so that she would have the minimum required for Medicare coverage for her nursing home stay.

Then they hit a dead-end.

A Medicare appeals coordinator, writing to Frarie’s niece Sherry Smith in February, said the agency could not accept the appeal because “the claim(s) or date(s) of service identified in your request have not been denied.” In other words, Frarie received and Medicare paid for the care the hospital determined she needed, including her two days as an observation patient.

The letter didn’t say how to challenge this determination, information that is required whenever an appeal is denied.

The government’s lawyers say the plaintiffs must go through the appeal process – all five levels if necessary – before they can file a lawsuit.

But hospitals are not required to tell patients they are under observation, Medicare officials have said. Another obstacle for seniors is that the three-day requirement is part of federal law.

Once patients leave the hospital and then find out they were receiving observation services – when a bill arrives – it’s too late: hospitals and physicians are prohibited from reclassifying observation patients as inpatients once they’ve been discharged, according to Medicare rules.

If the federal judge won’t eliminate observation care, the seniors’ lawyers are asking that hospitals be required to tell patients when they are in observation and allow them to appeal that decision before they leave. 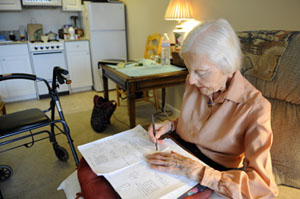 A Medicare spokeswoman declined to answer questions about appealing observation care because it is agency policy not to comment on pending litigation.

The number of Medicare patients receiving observation care jumped 69 percent in only five years, to 1.6 million in 2011, according to the most recent federal data. Even though Medicare recommends that hospitals decide within 24 to 48 hours whether to admit a patient, observation stays exceeding 24 hours have nearly doubled to 744,748.

Few of those patients turn to the appeals process for help. Medicare officials would not disclose how many beneficiaries file observation care appeals. But buried in a document the agency submitted to Congress last month explaining its proposed budget request is a revealing figure: out of 3.2 million appeals received last year, seniors filed less than 10 percent. The rest come from hospitals, doctors, nursing homes and other providers.

When seniors call Medicare to complain about observation status, the option to appeal is rarely mentioned. According to records of 316 complaints — the total Medicare said it received from beneficiaries or their representatives about observation since 2008 — a typical response was that Medicare “cannot intercede with hospital/physician regarding change of status.” In a response to one of dozens of congressional inquiries, officials “advised senators [Center for Medicare and Medicaid Services] cannot change a hospital stay classification.”

In addition, information provided by officials about the scripts used by the 800-MEDICARE call centers to answer observation care questions also do not mention that callers can appeal the denial of nursing home coverage or their extra hospital charges, including non-covered drugs.

“I called everyone and their grandmother,” said Arlene Roach in Lynn, Mass., who is trying to appeal her mother-in-law’s $33,000 nursing home bill after she spent three nights in the hospital for observation.

“Medicare shows that no payment can be made because the services on the claim do not reflect a 3 day qualifying stay for inpatient services,” wrote a Medicare contractor in Birmingham, Ala., last November in response to the first of two requests for coverage. This letter said nothing about appeals. But the denial of the second request included information on how to continue the appeal.

“It’s like hitting my head against the wall,” Roach said.

She was eventually referred to Diane Paulson, senior attorney at Greater Boston Legal Services, who is trying to get Roach a definitive decision from Medicare.

“This is a basic denial of due process,” said Paulson. “People are entitled to a written, timely decision and notice of the right to appeal.”