Los Angeles County public health staff repeatedly failed to follow state policies on nursing home inspections, leading to improper closure of cases and incomplete and delayed investigations, according to a report issued by the California Department of Public Health.

After reviewing a sampling of 136 cases received since 2009, the state health department found that LA. County officials did not properly prioritize or track investigations. The county faces a backlog of hundreds of nursing home safety complaints.

The state also verified that L.A. County was using an unsanctioned policy for closing backlogged cases – called the “Complaint Cleanup Project” — but determined that it had limited impact. Two cases marked as “no action necessary” under this policy were closed improperly, according to the report. An additional 11 cases were closed without being thoroughly investigated, the report said. 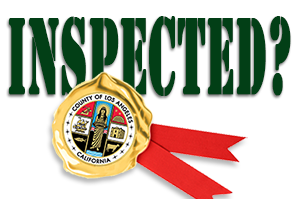 State officials found county inspectors failed to investigate three cases with serious allegations. One of the cases posed “immediate jeopardy” to patients and was supposed to be investigated within 24 hours. No additional details about the cases were released.

The report – issued to the federal Centers for Medicare & Medicaid Services — also noted that L.A. County’s health facilities inspection division didn’t document some cases as required and that managers did not provide sufficient oversight of inspection quality. The state recommended that the county develop a system for supervisors to track open cases and do more training on documenting and prioritizing cases, the report said.

The county’s Health Facilities Inspection Division is responsible for overseeing health and safety at more than 400 nursing homes on behalf of the state and federal governments.

Los Angeles County Department of Public Health Chief Deputy Director Cynthia Harding said Thursday that the county agreed with the recommendations and has been working with the state to improve the nursing home inspection process. Harding said changes have been made, including tighter oversight by management, more training, hiring retirees to help address the backlog and better use of data to determine where to put resources.

But Harding added: “We are unable to complete all of our obligations with our current level of staffing,” she said. “Lack of adequate resources has been our biggest challenge.”

The California Department of Public Health conducted a review of the county’s operations following questions from Kaiser Health News and the Los Angeles News Group about a policy under which inspectors were instructed to help clear the backlog by closing some cases without fully investigating them. The state’s report, dated June 1, was released by the federal government as a result of a Freedom of Information Act request.

The Centers for Medicare & Medicaid Services had sent a letter to the state public health department in April, saying the agency would release about $500,000 to the state if the state completed a review of L.A. County’s complaint investigation process by June 1. The state also had to assign a team to temporarily monitor L.A. County and help it make necessary changes.

The state review underscored some of the findings of an earlier county audit. Following the Kaiser Health News investigation, published in March, the Los Angeles County Auditor-Controller determined that a lack of central oversight of the nursing home investigation contributed to a backlog of hundreds of complaints. The audit found that 945 cases had been open for more than two years and that there was no central management of investigations.

One delayed case involved 85-year-old Sui Mee Chiu, who had severe bed sores while at a nursing home in Arcadia that led to her death. Her daughter, Mary Chiu, submitted a complaint in 2011 about her mother’s care but it wasn’t until a news article was published about the case in 2014 that the inspector finished the investigation.

Mike Connors, an advocate with California Advocates for Nursing Home Reform, said the state still needs to take a closer look at why county inspectors take months or years to follow up on complaints, leaving patients in jeopardy.

“They still can’t count on the county Department of Public Health to respond appropriately when they have been subjected to mistreatment,” he said.