While government officials have spent months scrambling to fix the federal health law’s botched rollout, another issue is looming that could create new headaches for states, health plans – and patients.

In 2014, millions of people are expected to shift between the health exchanges and Medicaid, as their income fluctuates over the year. That could be costly for states and insurance companies, and patients could wind up having gaps in coverage or having to switch health plans or doctors.

The process — called “churning” – is common in Medicaid, the state-federal program for the poor and disabled. Typically, people lose Medicaid eligibility after their income spikes temporarily, such as when they get a seasonal job or pick up extra hours at certain times of the year. They re-enroll when their income drops.

Until now, people who churn out of Medicaid because of an income bump often wound up uninsured because they can’t afford private insurance. Starting this month under the Affordable Care Act, many will become eligible for insurance and subsidies through the exchanges. 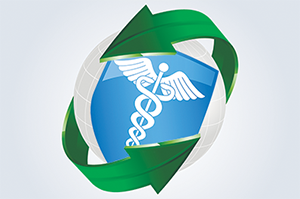 But experts warn that churning will continue to be a problem, as patients bounce between Medicaid and the exchanges. Patients in an exchange plan may end up in a Medicaid managed care plan run by another company, with different doctors – or vice versa.

“This is a critical issue for the states and the providers. They are worried about patients experiencing gaps in coverage,” said Jenna Stento, a senior manager who tracks the federal health law at Avalere Health, a consulting firm. “It could be a very significant population that is moving back and forth.”

Matthew Buettgens, a senior research analyst at the Urban Institute who studies churning, estimates nine million people will shift between Medicaid and the exchanges over the course of a year.

Nearly 30 million Americans on Medicaid are in private managed care plans, which are designed to help reduce costs by providing administrative control over health-care services and are becoming the coverage of choice for state Medicaid operations.  Millions more will become eligible for Medicaid this year under the federal health law. Many will be put in managed care. States pay managed care plans a fixed amount per member each month to set up networks of doctors and hospitals to provide services.

Buettgens said most states are only now beginning to think about ways to deal with the upcoming dilemma.

“It took a backseat to Medicaid expansion decisions and launching the marketplaces. Now it’s starting to get more practical attention,” he said. “The churning issue is going to become much more visible this year.”

Jeff Myers, president of Medicaid Health Plans of America, a trade group representing about 120 members, called the problem “serious” both for patients’ continuity of care and for the plans’ stability. Companies not only face administrative cost burdens, but they won’t be able to predict what their financial risk will be, he said.

“The challenge is how the states want to address the churning issue,” Myers added. “As far as we know, we haven’t gotten any guidance about how they intend to do that yet. They haven’t really given us any guidelines. We are on the front line.”

“You want people to have consistent insurance coverage, whether you’re dealing with someone who’s got mental health and substance abuse issues or a variety of undertreated chronic conditions,” Salo said. “If you get them into Medicaid at one point and get them stable and on a plan of care, you don’t want a transition into a different plan to set them back, and then have those people rebound back into Medicaid.”

Some states have tried to tackle the problem.

Nevada will require Medicaid managed care companies to offer a comparable plan on the exchanges starting this year.

Washington has created a program to help health care companies in the exchange also become Medicaid plans if they provide an identical network for patients.

In Delaware, companies in the exchange must continue to cover approved medical treatment and medications for new members coming from Medicaid during a transition period.

In Congress, a bill sponsored by Democratic Rep. Gene Green and Republican Rep. Joe Barton, both of Texas, would require states to guarantee 12 months of continuous eligibility to people on Medicaid, to help reduce churning. About two dozen states already require that for children on Medicaid and in the Children’s Health Insurance Program.

While the bill is enthusiastically supported by groups including the Children’s Hospital Association, many states are skeptical because they believe it will be costly.

All sides agree, however, that churning affects quality and interrupts care for Medicaid patients.

An April 2013 study by George Washington University researchers noted that interruptions in Medicaid coverage can result in sick people being unable to afford to visit the doctor or pay for prescription drugs. They wind up delaying or avoiding treatment, such as vaccinations and blood pressure screenings.

While churning isn’t unique to Medicaid, in workplace insurance, health benefits generally remain unchanged over the course of a year. Employees stay enrolled until the next open enrollment or they change jobs.

With Medicaid, people generally must reapply for or renew coverage every six or 12 months, depending on the state. They also must report changes in income or family composition, such as a marriage or divorce, which could affect eligibility. They could be dumped from the rolls any given month.

Some experts suggest that the best strategy to avoid churning between Medicaid and the exchanges will be for health plans to sign up for both markets.

But that’s easier said than done.

Margaret Murray, CEO of the Association for Community Affiliated Plans, a trade group of nonprofit Medicaid health plans, said that 16 of its 60 members have joined the exchanges. The process isn’t easy, she noted, because of the differences between Medicaid contract requirements and state insurance department rules for commercial health plans.

“It’s definitely a challenge for our members,” Murray said. “They don’t collect premiums, they don’t market, they don’t set rates.” Commercial plans do all three.

A recent analysis by Murray’s group found that while 41 percent of health-care plans that have signed up for the exchanges also operate Medicaid plans, the rest don’t.

Even if a health-care company runs both a Medicaid plan and an exchange plan in a state, that doesn’t mean that patients will be able to stay in the same network.

“There’s no guarantee that your plan in one market is also participating in another market,” said Sara Rosenbaum, a health policy professor at George Washington University. “The potential is great that you not only will have to switch plans, but you’ll have to switch providers if they don’t share networks.”

Experts say that whatever changes states make, they won’t be able to eliminate churning. But they can create programs that make the changeover smooth and reach out through consumer assistance and education.

In Oregon, where an advisory committee is spending six months reviewing options and data from other states before coming up with a plan, health officials are optimistic.

“The bottom line is we want to make sure people and their families are getting the care they need and that it’s a smooth transition,” said Jeanene Smith, chief medical officer for the Oregon Health Authority.