Bloggers are digesting the 11th Circuit Court of Appeals’ ruling that found the individual mandate in the health law unconstitutional, contemplating what the ruling means for the law, the Supreme Court, the health care system and President Obama’s agenda. 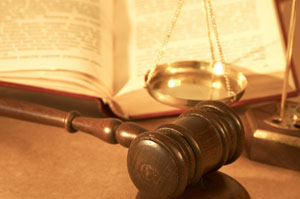 The SCOTUS Blog has a couple posts on the ruling: Neil Siegel says the mandate is within the scope of the commerce power. “The decision not to purchase health insurance is economic. … Thus, the decisive question is whether an individual mandate to obtain health insurance coverage aims to solve a collective action problem involving multiple states. It does.”

Laurence Tribe explores a possible precedent: “Gonzales v. Raich expressly holds that ‘consumption’ is economic activity. It follows plainly from this characterization that decisions about how one’s consumption of health care will be funded are indeed economic decisions subject to regulation under the commerce power.”

In Forbes’ Apothecary blog, Avik Roy writes: ” The 207-page majority opinion of the Eleventh Circuit, penned by appointees of Bill Clinton and George H. W. Bush, is the most rigorous and complete repudiation of the mandate ever written.”

The Health Affairs blog has a pair of posts. Doctor (and lawyer) William Sage compares the majority and minority decisions: “The two pieces of writing differ mainly in tone and fluidity.  The longer majority opinion is carefully reasoned in each section, but less linear as a whole, perhaps reflecting its shared provenance.  It struggles visibly to reach its conclusion that the mandate exceeds Congress’s enumerated powers under the Commerce Clause. … The dissent seems calmer and more logical.  …  it stays focused throughout on a single point it regards as dispositive: health insurance is an integral part of interstate commerce involving health care, and therefore Congress could reasonably decide to regulate health commerce using an individual insurance mandate.”

Timothy Jost provides his summation: “a mixed result for the ACA, deflating claims that the entire statute is unconstitutional and thus can be ignored, but ensuring that the issue will get to the Supreme Court and providing the Court with a plausible, if not wholly persuasive, approach to finding the minimum coverage requirement unconstitutional.  Stay tuned for the Fourth Circuit to weigh in shortly, tipping the scales one way or the other with respect to appellate court opinions.”

At The Health Care Blog, Mark Hall offers quotes from the majority decision to prove that the ruling is “doomed to failure by its own internal contradictions.”

Also at The Health Care Blog, Ilya Sharpiro says the decision is striking because ” for the first time in one of these cases, a Democrat-appointed judge, Frank Hull, has ruled against the government.  Just as the Sixth Circuit Judge Jeffrey Sutton made waves by being the first Republican appointee to rule in the government’s favor, today’s 300-page ruling shows that the constitutional issues raised by the healthcare reform—and especially the individual mandate—are complex, serious, and non-ideological.”

At ThinkProgress Health, Ian Millhiser finds the decision “dangerous”: “If this decision is upheld in its entirety, millions of Americans will lose their health insurance and millions more will lose their ability to purchase insurance altogether. The reason why is because the court chopped off one leg of the ACA’s “three-legged stool” — the provision requiring most Americans to either carry health insurance or pay slightly more taxes — while leaving in place a provision that cannot exist without such an insurance coverage requirement.”

At the Cato@Liberty blog, Trevor Burrus defends the majority opinion: “The opinion is not only exhaustive, it is convincing. If Congress oversteps the outer limits of its power, the court explains, then ‘the Constitution requires judicial engagement, not judicial abdication.'”

Mike Brownfield, at The Heritage Foundation’s The Foundry blog, takes stock: “To date, 28 states have challenged the constitutionality of Obamacare in court. … The judges have affirmed a truth that Americans already know: When Congress passed Obamacare and the President signed it into law, they crossed a constitutional line in the sand. Fortunately, the courts are holding that line, and now it is up to the U.S. Supreme Court to make it final.”