Correction: An earlier version of this item misstated the forms of payment insurers are required to accept for plans sold on insurance marketplaces. The only required forms of payment are personal checks, electronic fund transfers, prepaid debit cards, cashier’s checks and money orders. Insurers may also opt to accept other forms of payment, such as credit cards.

When consumers start shopping for coverage through new federally run health insurance exchanges on Tuesday, they will be asked dozens of questions before they are shown what health plans are available and how much they cost. 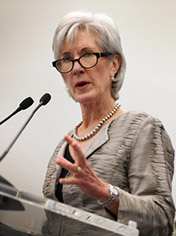 Then, to finalize their enrollment, they must contact the private insurer and pay their first monthly premium.

If enrollees don’t pay their insurer by Dec. 15, they will not have coverage that takes effect Jan. 1, federal health officials said Monday.  If they miss that first deadline, however, open enrollment runs through March 2014.

The disclosure that consumers will need to contact and pay insurers before their coverage can go into effect came as federal health officials for the first time  showed off the online exchange process at www.healthcare.gov.  The system is slated to go live at 8 a.m. ET Tuesday.

The federal government is running the online marketplaces in 34 states; Sixteen  have built their own systems, which may be set up differently, using federal money from the Affordable Care Act.

On the federal website, consumers have to fill in their name, age, email address, ZIP code, estimated 2014 income and then answer questions about other household members and whether they file taxes jointly or individually, if they smoke regularly or have recently moved or changed jobs. The federal officials spent nearly 35 minutes showing how the process would work for a family of three looking for coverage.

While the exchange process may appear burdensome, it is common for people today buying insurance to have to compete a lengthy applications including providing a detailed medical history. They no longer have to provide any health information.

Sarah Lueck, a policy analyst at the Center on Budget and Policy Priorities, said the key point for consumers to remember is that once they have selected and enrolled in a plan, they may have only a short period to pay the insurer.

“Be aware there is a deadline, and if you miss it, there could be situations where your coverage is affected,” Lueck said.

Health and Human Services Secretary Kathleen Sebelius said that regardless of whether the federal government is shut down as a result of Congress’ budget impasse, the new exchanges will open. However, in a briefing with reporters, she acknowledged there will be additional glitches in coming weeks and months. Already, the Spanish version of the website and the exchange for small employers have been delayed several weeks.

“We know opponents are desperate for anything that could go wrong,” Sebelius said, noting that she hoped the public would give the administration time to work out the kinks the same way it does when Apple has to upgrade its software. She also pleaded with reporters not to make final judgments on the exchanges after one week.

“We are on the eve of history, and I’m very excited,” she said.

Singer Katy Perry is one celebrity in the campaign, but federal health officials declined to disclose others.

Sebelius said it is not surprising the public is confused about the health law and unaware of many of its benefits, because political opponents have spent $400 million on negative ads compared to $75 million in ads supporting the law.