BOSTON —The Massachusetts Legislature Tuesday passed the next phase of its ongoing attempt to reform the health care system: sweeping cost control legislation. Gov. Deval Patrick, a Democrat, hailed the lawmakers’ work saying, “This is more than a good bill, a great bill.” 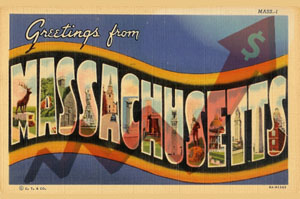 The historic bill, which could become a model for other states, aims to save $200 billion over the next 15 years by linking health care cost increases to the growth of the state’s economy. The bill passed the House by a vote of 132-20 and passed the Senate unanimously. Patrick is expected to sign it into law soon.

“This is a commonwealth that has shown the nation how to extend coverage  to everyone,” Patrick said, “and we’re going to crack the code now on cost control.”

House Majority Leader Ron Mariano calls the law a bold step, “and one that I think is going to be a challenge for everyone involved in the system.”

Tuesday’s legislation is a follow up to the Massachusetts health overhaul signed into law by then Gov. Mitt Romney in 2006. That law, like 2010’s federal health law, focuses mainly on insurance coverage. The new legislation is a recognition that coverage is just part of the equation; the underlying health care costs that drive up insurance premiums must also be addressed.

Under the new law, hospitals and doctors will have to cut their rate of cost growth about in half. So, instead of going up 6 to 8 percent per year, costs would only be allowed to rise 3.6 percent per year.

“No other state has tried to tie health care costs to the state’s economy,” said Massachusetts Association of Health Plans President Lora Pellegrini. “This is going to be really revolutionary and very important and I’m sure the nation’s watching.”

The Massachusetts Hospital Association praised the bill. “We have great hopes and expectations that the bill will be successful and we are committed to working with the state to ensure that success,” the association said in a statement.

Michael Widmer, with the Massachusetts Taxpayers Foundation, says he thinks the health care industry will embrace the bill’s spending goals, even though they are what he considers aggressive.

“But on the other hand the legislation does not include triggers or punishments if the targets aren’t met,” he said.

A new state board could require hospitals that don’t meet the new goals to produce a plan to do so, but there are not penalties for failing to hit the goal.

While some are relieved that the Legislature is setting “soft targets,” others are not.

“Our biggest concern is whether there are enough teeth to keep overall costs under control,” said The Rev. Burns Stanfield, president of the Greater Boston Interfaith Organization. He’s worried the state won’t enforce new health care spending goals, and he says the legislation doesn’t do enough to close the gap between brand name hospitals that can demand high prices and small community hospitals with little market clout.

The surcharge, which will be passed onto consumers in the form of somewhat higher premiums, will fund a prevention trust fund that public health advocates worked hard to include. It will also fund a program that will help small providers buy into electronic health records.

“Ultimately, it’s going to create an environment where patients will get better care for lower costs and we’re predicting it’s going to save upwards of $200 billion over the next 15 years,” Walsh said.

This likely won’t be the state’s last effort on health care cost reform, but is one that the nation is, again, watching.