In its toughest crackdown yet on medical errors, the federal government is cutting payments to 721 hospitals for having high rates of infections and other patient injuries, records released Thursday show.

Medicare assessed these new penalties against some of the most renowned hospitals in the nation, including the Cleveland Clinic, Brigham and Women’s Hospital in Boston, the Hospital of the University of Pennsylvania in Philadelphia and Geisinger Medical Center in Danville, Pa. 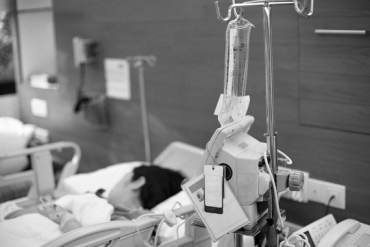 One out of every seven hospitals in the nation will have their Medicare payments lowered by 1 percent over the fiscal year that began Oct. 1 and continues through September 2015. The health law mandates the reductions for the quarter of hospitals that Medicare assessed as having the highest rates of “hospital-acquired conditions,” or HACs.  These conditions include infections from catheters, blood clots, bed sores and other complications that are considered avoidable.

The penalties, which are estimated to total $373 million, are falling particularly hard on academic medical centers: Roughly half of them will be punished, according to a Kaiser Health News analysis.

Dr. Eric Schneider, a Boston health researcher who has interviewed patient safety experts for his studies, said research has demonstrated that medical errors can be reduced through a number of techniques. But “there’s a pretty strong sense among the experts we talked to that they are not widely implemented,” he said. Those methods include entering physician orders into computers rather than scrawling them on paper, better hand hygiene and checklists on procedures to follow during surgeries. “Too many clinicians fail to use those techniques consistently,” he said.

The penalties come as the hospital industry is showing some success in reducing avoidable errors. A recent federal report found the frequency of mistakes dropped by 17 percent between 2010 and 2013, an improvement U.S. Health and Human Services Secretary Sylvia Burwell called “a big deal, but it’s only a start.” Even with the reduction, one in eight hospital admissions in 2013 included a patient injury, according to the report from the federal Agency for Healthcare Research and Quality, or AHRQ.

The new penalties are harsher than any prior government effort to reduce patient harm. Since 2008, Medicare has refused to pay hospitals for the cost of treating patients who suffer avoidable complications. Legally, Medicare can expel a hospital with high rates of errors from its program, but that punishment is almost never done, as it is a financial death sentence for most hospitals. Some states issue their own penalties — California, for instance, levies fines as high as $100,000 per incident on hospitals that are repeat offenders.

The government has also been giving money to some hospitals and quality groups to help improve patient safety efforts.

The HAC program has “put attention to the issue of complications and that attention wasn’t everywhere,” said Dr. John Bulger, Geisinger’s chief quality officer. However, he said hospitals such as his now must spend more time reviewing their Medicare billing records as the government uses those to evaluate patient safety. The penalty program, he said, “has the potential to take the time that could be spent on improvement and making sure the coding is accurate.”

Hospitals complain that the new penalties are arbitrary, since there may be almost no difference between hospitals that are penalized and those that narrowly escape falling into the worst quarter.

“Hospitals may be penalized on things they are getting safer on, and that sends a fairly mixed message,” said Nancy Foster, a quality expert at the American Hospital Association.

Hospital officials also point out those that do the best job identifying infections in patients may end up looking worse than others. “How hard you look for something influences your results,” said Dr. Darrell Campbell Jr., chief medical officer at the University of Michigan Health System. “We have a huge infection control group, one of the largest in the country. I tell them to go out and find it.” Campbell’s hospital had a high rate of urinary tract infections but was not penalized because it had fewer serious complications than most hospitals, records show.

The penalties come on top of other financial incentives Medicare has been placing on hospitals. This year, Medicare has already fined 2,610 hospitals for having too many patients return within a month of discharge. This is the third year those readmission penalties have been assessed. This is also the third year Medicare gave bonuses and penalties based on a variety of quality measures, including death rates and patient appraisals of their care. With the HAC penalties now in place, the worst-performing hospitals this year risk losing more than 5 percent of their regular Medicare reimbursements.

In determining the HAC penalties, Medicare judged hospitals on three measures: the frequency of central-line bloodstream infections caused by tubes used to pump fluids or medicine into veins, infections from tubes placed in bladders to remove urine, and rates of eight kinds of serious complications that occurred in hospitals, including collapsed lungs, surgical cuts, tears and reopened wounds and broken hips. Medicare tallied that and gave each hospital a score on a 10-point scale. Those in the top quarter — with a total score above 7 — were penalized.

About 1,400 hospitals are exempt from penalties because they provide specialized treatments such as psychiatry and rehabilitation or because they cater to a particular type of patient such as children and veterans. Small “critical access hospitals” that are mostly located in rural areas are also exempt, as are hospitals in Maryland, which have a special payment arrangement with the federal government.

The AHRQ study found that the biggest decreases in errors among those it studied occurred in the two categories of infections Medicare used in setting the penalties. Central-line associated bloodstream infections decreased by 49 percent and catheter-associated urinary tract infections dropped by 28 percent between 2010 and 2013. By contrast, pneumonia cases picked up by patients on ventilators that help them breathe – a condition not covered by the new penalties — decreased by only 3 percent during the same period.

Some of the errors on which the Medicare HAC penalties are based are rare compared to other mistakes the government tracks. For instance, AHRQ estimated that in 2013 there were 760,000 bad drug reactions to medicine that controls blood sugar in diabetics, but only 9,200 central-line infections. Infections from tubes inserted into urinary tracts are more common — AHRQ estimated there were 290,000 in 2013 — but those infections tend to be easier to treat and less likely to be lethal.

On the other measures, the study estimated there were 240,000 falls and more than 1 million bedsores.

In evaluating hospitals for the HAC penalties, the government adjusted infection rates by the type of hospital. When judging complications, it took into account the differing levels of sickness of each hospital’s patients, their ages and other factors that might make the patients more fragile. Still, academic medical centers have been complaining those adjustments are insufficient given the especially complicated cases they handle, such as organ transplants.

“We know some of the procedures we do — heart transplants or resecting cancerous portions of the esophagus — are going to be just more prone to having some of these adverse events,” said Dr. Atul Grover, the chief public policy officer of the Association of American Medical Colleges. “To lump in all of those things that are very complex procedures with simple things like pneumonia or hip replacements may not be giving an accurate result.”

Medicare levied penalties against a third or more of the hospitals it assessed in Colorado, Connecticut, Delaware, Nevada, New Jersey, New Mexico, Rhode Island, Utah, Washington and the District of Columbia, the KHN analysis found.

The penalties are reassessed each year and Medicare plans to add in more kinds of injuries. Starting next October, Medicare will assess rates of surgical site infections to its analysis. The following year, Medicare will examine the frequency of two antibiotic-resistant germs: Clostridium difficile, known as C. diff, and methicillin-resistant Staphylococcus aureus, known as MRSA.