The seven-week enrollment period for next year’s Medicare prescription drug and managed-care plans begins Tuesday, but seniors shouldn’t simply renew their policies and assume the current coverage will stay the same.  There’s a likely payoff for those who pay close attention to the details. 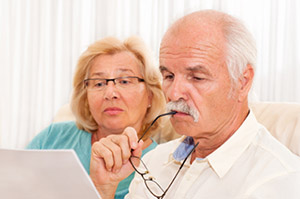 Among the top ten most popular drug policies, monthly premiums for 2014 are changing dramatically — up 55 percent for one AARP UnitedHealth plan and down 38 percent for another from Wellcare, according to a recent study by Avalere Health, a Washington, D.C., health research firm.

In addition, the second-most popular plan, SilverScript Basic, is now off  limits to new members until Medicare officials are satisfied that the plan’s nearly 2.9  million beneficiaries can fill prescriptions without encountering problems. The company will not be able to resolve these issues before the end of this enrollment season, spokeswoman Christine Cramer, said in an e-mail. (Current members are allowed to stay if they wish.)

About 22.7 million people, or 43 percent of Medicare’s 52 million beneficiaries, are enrolled in these drug policies, also known as Part D plans.

The coverage gap, or “doughnut hole,” in Part D is growing smaller in 2014. The Affordable Care Act shrinks the gap every year until it is closed in 2020.  Next year, drug coverage stops when the insurer and member together have spent $2,850 and resumes when the member has spent $4,550. This year, coverage stopped at $2,970 in spending and resumed at $4,750.

Discounts on drugs seniors buy while in the gap have also improved, and next year’s deductible is $310 instead of $325.

This open season also will have 142 fewer Medicare Advantage plans, the private plans that are an alternative to traditional Medicare fee-for-service coverage, the Avalere study found. They offer medical and often drug coverage from a network of participating providers. That’s a 5.3 percent decrease, said Jennifer Rak, an Avalere senior manager.

Still, Medicare officials announced last month that they expect the enrollment in Medicare Advantage plans to continue to increase next year.  Roughly one in four Medicare beneficiaries have MA coverage. They also said that one-third of these plans would be awarded four or more stars in 2014, although these ratings have not yet been issued for 2014. Plans can earn ratings of up to five stars, based on the quality of service and customer satisfaction.

Officials expect average Medicare Advantage monthly premiums to increase by $1.64 to $32.60 next year while the average prescription drug plan premium will remain roughly the same, at about $31.

Robert Zirkelbach, a spokesman for America’s Health Insurance Plans, a trade association, said Medicare Advantage continues to be popular despite the health law’s cuts in federal payments to those plans because insurers “are doing everything they can to preserve benefits and minimize disruption for seniors in the program.”

The Medicare open enrollment period, which ends Dec. 7, is for Medicare beneficiaries only. It is separate from enrollment in coverage obtained through the Affordable Care Act’s online marketplace, which began Oct. 1 and is geared mostly to people who have little or no insurance. Medicare Advantage and Medicare drug policies are not sold on the marketplace.

Because of the government shutdown, Medicare officials were not available for comment on details about the plans or enrollment. However, they said enrollment will start on time despite the shutdown.

Still, advocates for seniors noted that the government’s online plan finder has carried a warning for the past several days that plan details may not be up to date.  They recommend consumers should not decide on a plan until Medicare officials confirm that the plan finder provides accurate information.  In addition to the website, assistance is also available by calling 1-800-MEDICARE (800-633-4227).

Policies can change from year to year, so Medicare officials encourage seniors to review their current coverage to make sure their drugs are still covered and at the best price. They should also check to see if they can get to the plan’s preferred pharmacies, which offer lower prescription prices than others in the plan’s network.

While the AARP MedicareRx  Saver Plus premium will go up 55 percent next year, it is still below the average national premium,  Sarah Bearce, a UnitedHealth Care spokeswoman said in an e-mail.  The combination of federal reimbursement cuts, the health law’s tax on insurers and the automatic cuts triggered by sequestration “required us to make changes to our plans,” she said, and added that this “financial pressure” is being felt across the health insurance industry.

Other changes in plan costs next year will be more subtle.  About 72 percent of drugs plans will direct members to the preferred pharmacies if they want to save money on prescriptions, according to a study by The Kaiser Family Foundation, released last week.  (Kaiser Health News is an editorially independent program of KFF.) Very few plans had these pharmacy arrangements when the drug benefit was introduced in 2006.

But price hikes, poor performance, and changes in covered drugs are often not enough to spur the vast majority of seniors to action. Only 13 percent changed policies in the four years since Congress added the drug benefit to Medicare in 2006, according to another analysis released last week by KFF.

If most seniors continue not to pay attention to changes in their health coverage, insurers may get the impression that prices don’t matter, said Juliette Cubanski, associate director of the Kaiser Family Foundation’s Medicare program.

“Plans have less incentive to keep their costs down if they are not worried they’ll lose members to their cheaper competitors,” she said.

When considering coverage, it is important to look beyond premiums to consider drug co-pays and other costs. During last year’s fall enrollment period, Senior PharmAssist, a non-profit group in Durham, N.C., helped 387 seniors save an average of $676, said executive director Gina Upchurch.

“It’s easier not to switch,” said Dr. Richard Lees, a retired New York orthodontist who moved with his wife to Silver Spring, Md., to live closer to their two daughters and their families. But when he learned his premium is going up next year, “I was very disappointed,” he said.

He and his wife chose different plans because they take different drugs.  (Unlike employer-sponsored insurance, Medicare drug plans do not require spouses to be on the same plan.)

“Each year we have changed companies and improved our situation,” he said.