Men are getting more screening colonoscopies since the health law reduced how much Medicare beneficiaries pay out of pocket for the preventive tests, a recent study found. The change, however, didn’t affect women’s rates. 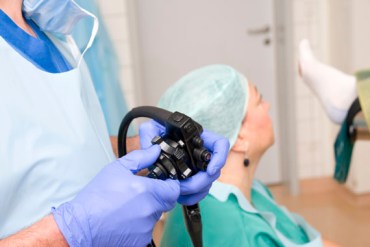 The study, published in the December issue of Health Affairs, compared rates of screening for colorectal cancer among people age 66 to 75 before and after the health law passed in 2010. Starting in 2011, that law waived the Medicare Part B deductible (which totals $147 annually in 2015) and eliminated the requirement that beneficiaries pay 20 percent of the cost for screening colonoscopies.

The study found that in men, colonoscopy screening rates increased from 18 to 22 percent following implementation of the health law, a 20 percent increase. In women, however, the rate didn’t budge, remaining at 18 percent even after the law passed.

The study’s finding that women didn’t respond to policy changes related to colorectal cancer screening coverage is consistent with other research, said Kandice Kapinos, the study co-author who is an economist at Rand, a nonprofit research and policy organization.

“Maybe they assess their risk differently because they generally have a lower incidence of colorectal cancer than men,” she said.

There is also some research that shows that women are more likely to say an endoscopic screening test such as a colonoscopy is embarrassing and to opt instead for a blood stool screening test, Kapinos said.

Under the health law, services that are recommended by the U.S. Preventive Services Task Force are covered without patients having to pay anything out of pocket. The task force recommends screening for colorectal cancer using stool testing, sigmoidoscopy or colonoscopy between age 50 and 75.

Colorectal cancer is the second leading cause of death in cancers that affect both men and women, according to the CDC. The colonoscopy is considered highly effective as a screening tool because it can locate polyps, most of which are benign, and remove them before they have a chance to become malignant.

Screening rates are lower than they should be, however, and only 40 percent of adults are up to date, according to the study.

Under the health law, private plans can’t charge consumers a portion of the cost if, during their screening colonoscopy, a polyp is discovered and removed. That step is considered an integral part of a colonoscopy.

Under Medicare, however, beneficiaries may be charged 20 percent coinsurance in such instances because if a polyp is found, the procedure is then considered diagnostic rather than screening. The researchers note that disparity and suggest the elimination of “the remaining difference in cost-sharing between screening and therapeutic colonoscopies could improve screening rates.”