Medicare officials have allowed patients at dozens of hospitals participating in pilot projects across the country to be exempted from the controversial requirement that limits nursing home coverage to seniors admitted to a hospital for at least three days.

The idea behind these experiments is to find out whether new payment arrangements with the hospitals and other health care providers that drop the three-day rule can reduce costs or keep them the same while improving the quality of care. They are conducted under a provision of the Affordable Care Act that created the Center for Medicare and Medicaid Innovations to develop ways of improving Medicare.

“We’re testing whether it leads to better care and lower costs,” said Medicare’s Deputy Administrator Sean Cavanaugh. “And if those are successful, the secretary [of Health and Human Services] has the authority to expand those tests.” The health law allows the government to extend successful pilot projects nationwide. 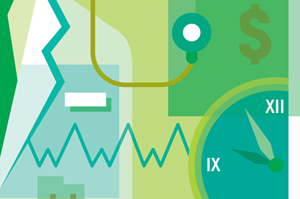 If the experiment saves Medicare money and improves care, “we should be able to make an argument to Medicare that there is a way to do it for all our patients,” said Dr. Eric Weil, clinical affairs associate chief for the general internal medicine division at Massachusetts General Hospital in Boston. The hospital is one of five in the Partners Health System that began offering the waiver in April, after testing a limited version.

“It gets patients to the care they need much quicker and prevents them from clinically declining at home,” said Weil. If patients can spend less time in the hospital, he said that frees up valuable resources for sicker patients. And it saves money for Medicare because nursing home care or home health care is cheaper than a hospital stay.

Medicare’s three-day hospital admission rule has frustrated seniors who don’t qualify for nursing home coverage because they were in the hospital under observation care rather than being admitted. The number of observation patients ineligible for Medicare-covered nursing home care has shot up by 88 percent in just six years, to 1.8 million in 2012.

Officials in the past have argued that only Congress can change the rule.

Diane Paulson, senior attorney at Greater Boston Legal Services, who is handling observation care appeals for several seniors, said Medicare should get rid of the requirement without waiting for the experiments’ results. “Nursing home care and other benefits are supposed to be covered if medically necessary, and are not based on alleged cost savings,” she said.

One of the payment experiments involves about 600,000 seniors at more than 170 hospitals participating in what Medicare calls Pioneer Accountable Care Organizations, which are new models of providing and paying for care. Under this pilot, which includes the five Partners Health hospitals, patients who spend little or no time in the hospital can still qualify for Medicare’s nursing home benefit. Medicare makes a set payment for a patient, which is shared by the patient’s health care providers, including the nursing home.

This waiver of the three-day rule applies even to patients kept for observation, which is considered an outpatient service. (This rule is separate from Medicare’s so-called “two-midnight rule” which is designed to guide doctors and hospitals about when patients should be admitted.) No matter how long these patients stay, observation care normally doesn’t count toward meeting Medicare’s requirement for short-term nursing home coverage.

Medicare assigns patients to an ACO program and does not accept volunteers.

Another experiment involves a “bundled payment care initiative” that also moves hospitals away from Medicare’s traditional fee-for-service model and instead pays a set fee for any of 48 specific procedures chosen by the hospital, such as hip or knee replacements. In this program, patients admitted to about 70 participating hospitals may be eligible for the waiver to get nursing home coverage even though they haven’t spent three days in the hospital. Hospitals, doctors, nursing homes and other providers share Medicare’s discounted reimbursement for a patient receiving one of the eligible procedures. Medicare patients can check with their hospitals ahead of time to see if they are participating in the initiative.

“Even if patients are here 24 hours, they would still qualify for a skilled nursing facility and are not penalized for getting well sooner,” said Joe Harrington, president of Lodi Memorial Hospital in Lodi, Calif., which provides the waiver to knee and hip replacement patients.

Medicare officials already allow private Medicare Advantage plans, an alternative to traditional Medicare, to drop the three-day requirement. This year, 95 percent of the plans waived the rule for their 12 million members, according to an analysis for Kaiser Health News by Avalere Health, a health research firm.

Hospital officials participating in the pilot programs say the waiver should be used conservatively, to ensure that patients don’t leave the hospital prematurely, are not kept longer than necessary and enter a nursing home only if they have the potential for short-term rehabilitation.

It’s been a long standing Medicare policy so if you want to change it, it’s important to make sure it’s safe to change it,” said Dr. Mark Froimson, an orthopedic surgeon who is president of the Cleveland Clinic system’s Euclid Hospital, in a Cleveland suburb. The hospital is in the bundled payment pilot project and offers the waiver to seniors who need nursing home care after undergoing a knee or hip replacement. The Cleveland Clinic has asked Medicare for permission to expand the waiver to more procedures and additional hospitals.

“This is one example where Medicare to their credit is saying we are willing to waive our rules and evaluate whether it is better care,” he said.