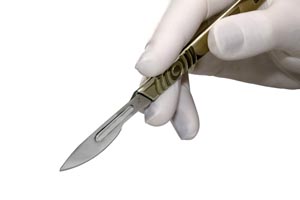 The quality of care at outpatient surgical centers has remained a mystery even as their number has swelled to more than 5,000. But as Medicare moves toward taking quality into account in setting payments, it’s going to start looking at the rates of problems at these facilities, formally known as ambulatory surgery centers, or ASCs.

Starting in October 2013, Medicare’s ASCs payments would be affected by how they score on these measures. The initial quality measures that the Centers for Medicare & Medicaid Services proposed earlier this month for evaluating individual ASCs include:

Dr. David Shapiro, chairman of the board of the Ambulatory Surgery Center Association, said the trade group welcomed the new measures, which it has been supporting since 2006, when Congress gave the Department of Health and Human Services the authority to start measuring quality.

The association collects and publishes the rates for many of these measures, though the data are limited to ASCs that voluntarily report their records. The association’s data are limited, because their data are released only in aggregate and not broken down by individual ASCs, but they show for the first three months of 2011 that participating ASCs on average had:

Shapiro said that while the industry has vetted all these measures, they haven’t yet agreed to some of the other measures CMS is developing. Those include surgical site infection rates, use of checklists to make sure surgery is done safety, and the volume of procedures each center does.

“The industry has been pushing CMS to get this underway, so we’re very grateful that they have come forth with these proposed regulations, even as they do raise as many questions as they answer,” Shapiro said.

For instance, while places that perform a larger number of a specific procedure generally are considered to do them better, that may penalize ASCs in lower population regions.  Shapiro asked: “Does that mean every physician in a small town in Nebraska should send every patient to a big city or tertiary health care center?”

Medicare To Examine Quality Of Care At Outpatient Surgery Centers