Starting next year, the government will offer some seniors enrolled in private Medicare Advantage insurance an opportunity to leave those plans if they lose their doctors or other health care providers.

Last year, thousands of seniors in at least 10 states were left stranded or assigned new doctors when insurers discontinued contracts with the physicians. 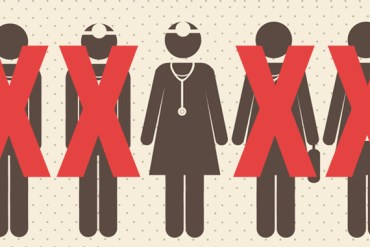 The Medicare Advantage policies cover 16 million seniors and are an alternative to the government-run Medicare program. Medicare Advantage members can only get care from a network of providers under contract to participate in their plan. They must remain in their plans for the calendar year, with some rare exceptions, but losing their doctor has not been among the permitted reasons.

But if certain conditions are met, officials at the Centers for Medicare & Medicaid Services will create a special three-month enrollment period following network changes “considered significant based on the [effect] or potential to affect, current plan enrollees,”  according to an update to Medicare’s Managed Care Manual. During that time, they could join traditional Medicare or another Medicare Advantage plan whose provider network includes their doctors.

“If CMS does not prohibit midyear network terminations then a special enrollment period is the next best thing for beneficiaries,” said David Lipschutz, senior policy attorney at the Center for Medicare Advocacy, a nonprofit law firm that works on behalf of Medicare patients.

Clare Krusing, a spokeswoman for the trade group America’s Health Insurance Plans, said banning network changes would hamper provider contract negotiations, which occur throughout the year, and could ultimately reduce the variety of available plans.

She said “CMS has taken a balanced approach” in dealing with seniors’ needs while assuring flexibility for health plans.

But Lipschutz said no one seems to know what the “significant” network changes are that will trigger the special enrollment opportunity.

Medicare spokesman Raymond Thorn said the agency will make that “case-by-case” determination based on the number of beneficiaries affected and whether they received adequate and timely advance notice, the size of the plan’s service area, when during the year the provider terminations occur and other factors. He declined to provide details on the minimum number of beneficiaries, providers or service area size that would be necessary.   Once Medicare decides that plan members should be allowed to leave their plan, the agency will require the plan to notify its members about their new options.

Only CMS will make a determination of the need for this provision. Individual beneficiaries who are concerned after their doctor is dropped from a plan cannot request the special enrollment period, Thorn said. That is different from how Medicare handles some other mid-year changes in these policies. Beneficiaries can request a special enrollment if they move into an area where their plan is not available, become eligible for Medicaid, or move into a nursing home, among other reasons.

“They were being forced to leave their doctors and there wasn’t anything they could do about it,” he said.  “They couldn’t go to another plan and they couldn’t go back to traditional Medicare.”

The only option at the time, he said, “was to go to another doctor who they had no history with.”

UnitedHealthcare spokesman Terence O’Hara said next year its enrollees “nationally will continue to enjoy a broad selection of doctors that can provide the right care where and when it is needed.”

The special enrollment option comes after officials established stricter notification rules for network changes that also take effect Jan. 1, 2015. Insurers must tell CMS at least 90 days before instituting network “significant” changes.  The rules also recommend that insurers provide more than the required 30 days’ advance notice to beneficiaries. It should include the name of the provider being terminated and how members can request continuation of ongoing medical treatment from that provider.