John Duggan, a mental health counselor in Silver Spring, Md., pays for an electronic health record system to keep track of his patients. He started using the cloud-based system five years ago to eliminate paper and make his practice more efficient.

But unlike some other health professionals, Duggan has not received any financial support from the federal government to move his practice to digital records. 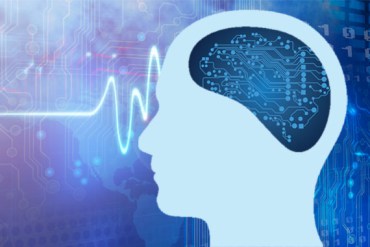 For now, he doesn’t qualify for any of the $26 billion available from the federal government’s Medicare and Medicaid Electronic Health Record Program, which was part of the 2009 stimulus package. That program has offered thousands of doctors and hospitals financial incentives to adopt electronic record systems that meet certain requirements, known as “meaningful use,” with the goal of reducing medical errors and boosting coordination.

Mental health clinics, psychologists and psychiatric hospitals were left out of the incentive and penalty program, along with nursing homes, emergency medical services and others. It’s been estimated by the consulting firm Avalere Health that including them would require an additional $1 billion.

“Fundamentally it came down to cost,” said Laurel Stine, director of congressional affairs at the American Psychological Association.

But there are other obstacles too, among them, concerns about safeguarding the privacy of patients who might face job loss and other consequences if their treatment for issues such as substance abuse were shared inappropriately. And critics of the existing program say it’s premature to invest more taxpayer money in electronic record systems that are balky and in many cases, unable to share information easily.

Nevertheless, Duggan is part of a coalition of mental health professionals and advocates that is pushing Congress to give them the same incentives enjoyed by other health care providers. Their efforts helped increase interest on Capitol Hill, where five bills introduced last year included help for mental health providers. None, however, made it out of committee.

“There is a lot of traction to do this, but ultimately we’re not over the finish line,” Stine said.

Rep. Tim Murphy, R-Pa., plans to reintroduce broad bipartisan legislation later this month to improve mental health services, which, among other things, would extend incentives to go digital to mental health providers. The bill is similar to a measure he introduced last year that did not advance.

But even some mental health providers who support the effort, see potential drawbacks. Burt Bertram, a mental health counselor in Orlando, Fla., noted that mental health records may include not only a person’s current treatment plan, but their past history which might include the issues of family members and former spouses.

“If a broad base of health professionals had access to mental health records that include psychotherapy notes, I am concerned about the potential for privacy violations … not only for the patient, but also for the others who are involved in the patient’s life,” he said.

Greg Simon of Depression and Bipolar Support Alliance, a patient advocacy group, said that more than half of the 400 members responding to an online 2013 survey agreed that mental health and medical records should be combined, while only 22 percent said they should not be combined.

On the same survey, however, more than half said they feared their doctors might discriminate against them if they knew they had mental health problems.

“People did express concern about discrimination even while they generally supported the idea of a shared record,” said Simon, a psychiatrist with Seattle-based Group Health, and an investigator with an affiliated research group. “My interpretation of that is that people recognized the value of a shared record and thought it outweighed the risk of discrimination.

Recent provider backlash against the existing government program may also be a roadblock.

Earlier this year, 37 medical societies led by the American Medical Association asked federal regulators to shift direction, arguing that today’s electronic records systems are cumbersome, inefficient and can also present safety problems for patients. Despite the billions of taxpayer dollars spent, they say many of the new systems cannot readily share information. Critics suggest it does not make sense to extend the program to others until those issues are fixed.

“The almost $30 billion spent on medical providers and hospitals was not well spent, so to take more money and throw it at psychologists before we have properly diagnosed why we didn’t get good … outcomes … we need to take a breather and reassess,” said John Graham, senior fellow at the National Center for Policy Analysis, a Dallas-based think tank that seeks to limit government regulation.

In March, the Office of the National Coordinator for Health Information Technology is scheduled to issue new information-sharing standards, and mental health advocates are hoping that will help their efforts.

For now, Duggan, like many other mental health professionals, must cover the costs of digital records himself and it runs about $500 a month, including his $90 fee for the cloud service, a fee to exchange information with primary care providers, and a billing and claims service.

In a few years, he says he hopes the technology will enable him to access his patients’ full medical records — both those he has created and those from other health professionals — to find out if patients are on medications, or have other conditions that could be contributing to their mental health problems. “It’ll be a beautiful day when that happens,” Duggan said.

Al Guida, a lobbyist for Guide Consulting Services who works on mental health issues, says the ability to share information seamlessly among providers is the ultimate goal. “The only way we’ll be able to coordinate care is if we use the same electronic health records as our medical/surgical colleagues.”

Such patients also tend to see a larger number of physicians and can be on a range of medications and treatment regimens that require coordination, she said.

“The fact that behavioral health is carved out of this is unfortunate and problematic. The more we can integrate care, the better it is for patients,” she added.