A little remarked upon requirement in the health law expands treatments for people with cerebral palsy, autism and other developmental disabilities. But some advocates and policy experts are concerned that insurers may find ways to sidestep the new requirement.

The health law requires that individual and small group plans sold on or off the health insurance marketplaces cover 10 essential health benefits, including “rehabilitative and habilitative services and devices.” 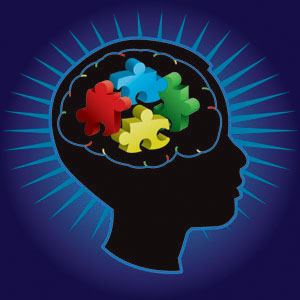 Health plans of all kinds typically cover rehabilitative services, such as physical, occupational and speech therapy to help people who had an accident or illness, such as a stroke, recover their ability to walk, talk and function in their daily lives. But before the health law passed, coverage of similar services for habilitative purposes—that is, to help people learn or maintain functional skills, rather than regain them—was often excluded.

Insurers would “say they’re not medically necessary,” says Sara Rosenbaum, a professor of health law and policy at George Washington University who authored a recent paper about the law’s habilitative coverage requirements. “They’d say patients are not recovering function, but rather developing function, and that was an education issue.”

For years, Elizabeth Hecht and Scott Simmons have struggled to get their son, Will, the habilitative care he needs. Will has cerebral palsy, and as a child needed speech therapy to learn to speak intelligibly and physical therapy to learn to stand and walk with assistance, among other things. Now 25 years old, Will needs periodic therapy to help his body remain as functional as possible and avoid pressure sores, as well as to help him learn to use a speech-generating device so he can communicate better, says Hecht.

The couple’s insurance, through her job at an academic research center for people with developmental disabilities in Madison, Wis., generally doesn’t cover habilitative services. But it has covered some of Will’s therapy as if it were rehab, says Hecht. Services were frequently approved only after the couple filed an appeal following a denial, however.

“It becomes exhausting,” she says. “He could have two to three denials at one time, so we had to set priorities.”

The law’s new coverage requirement doesn’t apply to large employer group plans like the one covering Will. But Hecht says she hopes that the new rules may eventually encourage broader coverage overall.

“It’s a wonderful recognition of the needs these people have and a great first step in addressing them,” she says.

But advocates fear that insurers may avoid providing benefits to the extent needed by people, many of them children born with serious developmental problems that require life-long care. That’s because instead of clearly defining habilitative services and spelling out what must be covered in individual and small group plans under the law, the Department of Health and Human Services permitted states and insurers to decide.

Under the health law, each state had to identify a “benchmark plan” that would serve as a basis for defining the essential health benefits offered there. In the final essential health benefits rule, HHS said that if a state’s benchmark plan doesn’t define habilitative benefits, states can choose to do so themselves. If they don’t set specific rules, they can either require insurance plans to cover those benefits at “parity” with rehabilitation services so that they’re similar in scope, amount and duration, or leave it to the insurers to determine how to cover the benefit and report that to HHS. Regulators will review the rules in 2016.

“We were pretty disappointed” with the language in the final rule, says Kim Musheno, director of public policy at the Association of University Centers on Disabilities, a membership organization of academic programs that advocates for disability issues.

Based on an initial tally, fewer than half of states have explicitly defined the services that are covered under habilitative services or required parity with rehabilitative services, says Katie Keith, director of research at the Trimpa Group, which consults with the advocacy group Autism Speaks on health law issues.

In addition, Medicaid provides comprehensive coverage for habilitative services for children who are enrolled in the program and others who meet state-specific standards based on their degree of disability or eligibility category. Under the health law, states that expand Medicaid to adults with incomes up to 138 percent of the federal poverty level (currently $15,856 for an individual) must cover the essential health benefits for those new enrollees, ensuring that they’ll have access to habilitative services, says Joe Touschner, a senior health policy analyst at Georgetown University Health Policy Institute’s Center For Children And Families.

But when it comes to private insurance, some experts are concerned that another provision of the health law could work against the effort to increase habilitative coverage. They suggest that some insurers may shortchange patients who need habilitative services by reducing such coverage in favor of more extensive coverage of rehabilitation services. Enhanced rehabilitative services may be a selling point for policies in the eyes of some customers. Such substitution is allowed under the law as long as it occurs within the same essential health benefit category.

At this time, it’s unclear which habilitative services are actually available in the plans sold on the marketplaces and the extent to which the number of therapy visits may be limited, or other restrictions imposed, say advocates. It’s often not easy to determine coverage specifics in the summary of benefits and coverage that plans make available to potential purchasers.

“We’re hearing from individuals,” says Rachel Patterson, a policy analyst at the Association of University Centers on Disabilities. “Before they select a plan on an exchange they’d like to find out what habilitative services are covered, and they’re having trouble finding that out.”