Today, many families with autistic children count on their insurance coverage to help pay for the often expensive, long-term treatment their kids need. But advocates and public policy experts say a recent bulletin issued by the Connecticut Insurance Department may undermine existing coverage protections and they’re concerned that other states might follow suit. 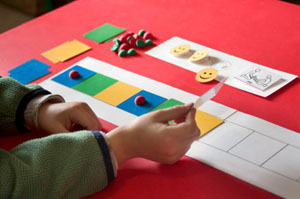 Autism spectrum disorder affects 1 in 68 children, according to the federal Centers for Disease Control and Prevention. The developmental disorder includes a range of conditions that are characterized by difficulties in communication and social interaction as well as repetitive behaviors.

In recent years, advocates for people with autism and their families have pushed hard to get better insurance coverage, prompting 37 states and the District of Columbia to pass laws that require insurers to cover autism treatment, according to Autism Speaks, an advocacy organization.

In addition, some advocates look to new policies on mental health coverage to aid families. Until recent years, coverage for mental health conditions was often significantly more limited than coverage for physical ailments. The Mental Health Parity and Addiction Equity Act of 2008 required that mental health benefits be covered at least as generously as medical/surgical benefits in large group plans. The Affordable Care Act extended those protections this year to people in non-grandfathered individual and small group plans.

Advocates, however, are concerned that state actions like those in Connecticut could chip away at hard-won coverage gains. That state has defined autism behavioral therapy as a type of medical benefit not subject to the mental health parity law, a move that allows insurers more latitude to limit the benefits they offer.

“The whole reason you have mental health parity is that mental health conditions were being singled out for discriminatory treatment,” says Daniel Unumb, executive director of Autism Speaks’ Legal Resource Center. “And that’s what we’re still facing with autism.”

Connecticut is one of the states that mandate coverage for autism spectrum disorders. Among other things, the law requires health plans to cover behavioral therapy: up to $50,000 annually for children younger than age 9, $35,000 for children between 9 and 13 and $25,000 for children age 13 or 14.

The state’s coverage mandate applies to insured group and individual plans. Although self-funded plans that pay employees’ claims directly rather than buy insurance aren’t required to cover behavioral therapy and other treatments spelled out in Connecticut’s autism coverage mandate, “most do so,” says Cheryl Hughes, an attorney at human resources consultant Mercer’s Washington Resource Group.

Connecticut’s changes deal with a part of the federal health law that prohibits plans from imposing annual or lifetime monetary limits on 10 categories of coverage called the essential health benefits. The federal Department of Health and Human Services has said it’s permissible for plans to impose non-monetary limits, however, restricting the number of physician visits or days in the hospital, for example.  Plans can convert those financial coverage limits to visit or unit-of-treatment limits that are actuarially equivalent to the dollar amounts.

While the change shouldn’t necessarily result in less generous coverage, experts say the lack of consistency in how plans convert those dollar limits may sow confusion and limit access to care.

For example, the $50,000 limit was converted to 417 hours of care annually by one Connecticut insurer, while another calculated it was equivalent to 150 visits annually, says Katie Keith, director of research at the Trimpa Group, a consultancy that works with autism organizations.

“It will mean a lot of work for families at the front end to understand what they’re getting,” says Keith.

The conversion inconsistencies might not have mattered but for another wrinkle in Connecticut’s approach to autism coverage that is equally troubling, say experts.

According to the Connecticut bulletin, the state classifies autism behavioral therapy as a habilitative benefit – something that helps people develop or keep skills for daily living – and therefore defined as medical rather than mental health services. As such, “they are not considered subject to mental health parity,” says Donna Tommelleo, a spokeswoman for the insurance department.

Under the federal health law, states can define the essential health benefits, of which “rehabilitative and habilitative services and devices” is one. Although experts say the state may simply be attempting to implement the law’s provisions rather than limit coverage, by defining autism behavioral treatments as habilitative services, Connecticut is giving insurers the green light to impose the visit and hourly limits that would generally not be permitted under the mental health parity law, say experts.

Ohio and the District of Columbia have also defined behavioral therapy as a habilitative benefit, but they have taken a different approach, say experts.

For example, the District of Columbia’s description of its essential health benefits on its marketplace website, says that “coverage for habilitative services must include applied behavioral analysis (ABA) for the treatment of autism spectrum disorder.”

“In [Connecticut’s] case, they appear to be doing this to avoid coverage, rather than enhance coverage,” says Sara Rosenbaum, a professor at George Washington University’s School of Public Health and Health Services. “The parity rule seems to say you can’t play games like this.”