Nobody likes taking time out of a busy day to cool their heels in a doctor’s waiting room. Now you may not have to. Some primary-care practitioners are bringing their black bags directly to home or office, in some cases for as little as $30 to $35 a visit.

Experts agree that house calls are a great convenience, and for seriously ill patients who can’t get to a doctor’s office, they are often invaluable. But unless the practices offering house calls coordinate with patients’ other providers, they may only further splinter an already fragmented health-care system, experts warn.

With 600,000 members in three states -Texas, Massachusetts and Arizona – and plans to enter up to 10 new markets a year, Austin-based WhiteGlove House Call Health is one of the most visible players in the growing field of mobile primary care.

In most cases, the company contracts with businesses and insurers to offer its services to employees or plan members. Companies pay an annual fee of $300 per member; the covered individuals pay up to $35 to have a WhiteGlove nurse practitioner make a house (or office) call. (The service is available from 8 a.m. to 8 p.m. every day of the year.) Individuals can also sign
up with WhiteGlove, for $420 annually and the same $35 fee.

The visit fee also covers any generic prescription medications that are provided. In addition, the nurse practitioner leaves behind a “well kit” with chicken soup, crackers, Tylenol, cough drops, tissues and other incidentals.

Companies like the service because it controls their costs, says Bob Fabbio, WhiteGlove’s chief executive and co-founder. “We’ve turned variable, unpredictable expenses . . . into a capped event,” he says.

Individuals, of course, like the convenience. When Emily and Moody Alexander’s 14-year-old son Hill developed a fever and sore throat on Easter Sunday, they called WhiteGlove. A nurse practitioner arrived at their Arlington, Tex., home within two hours, did a rapid strep test and pricked his finger to see if Hill had mononucleosis. The test for strep was positive, so the nurse practitioner gave Hill a generic antibiotic on the spot. 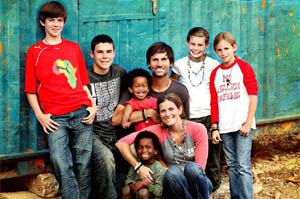 “I think it’s the most genius idea,” says Emily Alexander, who would otherwise have had to get her son into a nearby urgent care clinic with a $100 co-payment that day or get him in to see their regular pediatrician the following morning. The Alexanders’ insurance company covers visits by WhiteGlove.

While the convenience of a house call has undoubted appeal, some experts say nurse practitioners may miss subtle signs of underlying illness in what seems to be a routine cold or other minor ailment. “They don’t have the same level of academic or hands-on training as a physician,” says Ann O’Malley, a physician and senior researcher at the Center for Studying Health System Change, a think tank based in Washington. In some states, nurse practitioners can work independently of physicians; other states require varying degrees of oversight by physicians. Texas requires some degree of doctor supervision.

The other area that experts flag as worrisome has to do with the importance of coordinating a patient’s medical care.

Health-policy experts agree that everybody needs a medical home, a primary-care practice that helps ensure that patients get routine and preventive care and that acts as a hub for care coordination with other providers when necessary. This is particularly important for people with such chronic conditions as diabetes who may see a number of specialists in addition to their primary-care provider.

WhiteGlove provides many wellness services, from back-to-school physicals to vaccinations, and it’s moving into chronic disease management as well. “We aim to serve as our members’ primary- and chronic-care provider, for the scope of care we provide,” says Fabbio.

The company doesn’t routinely coordinate members’ care, however, or pass along information to other providers unless requested to do so by a member, he says.

Emily Alexander says she has no plans to use WhiteGlove for regular primary care for her six kids. In fact, if her son got strep again or something else that she thought ought to be followed by a doctor, she would take him to see their regular pediatrician, she says.

One of the challenges for patients is that house-call practices vary widely and patients may not know what to expect, says Constance Row, executive director of the American Academy of Home Care Physicians.

Many providers now doing house calls see only the sickest Medicare beneficiaries, those who are unable to get to a doctor’s office. Medicare pays for these visits because they’re considered medically necessary. At the other end of the spectrum are “concierge” practices whose doctors are available 24/7 to patients who can afford to pay thousands of dollars a year for services
that may include house calls.

The key is to understand what a house-call practice does and doesn’t do, says Row. Since it may not be clear how a service handles important things such as care coordination and follow-up, the crucial advice for consumers is simple: Ask.

The Old Practice Of House Calls Is Returning To Some Areas