Just about everyone agrees that the way we pay for primary care needs fixing. Under the current insurance model, doctors get paid for procedures and tests rather than for time spent with patients, which makes doctors and patients alike unhappy and increases costs. Now some medical practices are sidelining health insurers entirely, instead charging patients a moderate membership fee each month. The approach gets a nod in the health overhaul law. But not everyone agrees it’s the right way to go. 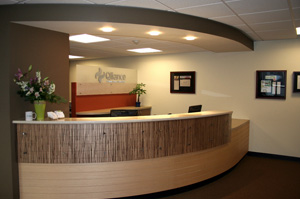 Seattle-based Qliance Medical Management’s three clinics typically charge a patient about $65 a month for unlimited access to the practice’s 12 physicians and nurse practitioners. (Fees vary depending on the level of service and the patient’s age.) Office appointments last up to an hour and clinics have evening and weekend hours, with e-mail and phone access to clinicians as well. Routine preventive care and many in-office procedures are free; patients pay for lab work and other outside services “at or near” cost, and they get discounts on many medications.

The average $700 to $800 per patient that Qliance receives annually in membership fees is up to three times more than a doctor in a standard insurance-based practice might make per patient, says Norm Wu, the company’s president and chief executive. “So we can have a third the number of patients and get the same revenue per clinician, but with much less overhead,” he says. The approach, he says, allows Qliance to funnel more money into the care itself – through longer office hours, for example, or better diagnostic equipment.

Bruce Henderson joined Qliance when its first clinic opened in 2007. Although at the time he had health insurance through his job, Henderson, now 63, was soon laid off. Now he pays Qliance $79 a month for primary care and carries a catastrophic medical plan with a $10,000 deductible, for which he pays $225 a month.

Henderson has high blood pressure, high cholesterol and Type 2 diabetes. Working with his Qliance doctor, he switched to lower-cost medications and reduced his monthly out-of-pocket costs from $500 to $100. He goes in regularly for blood work and exams to keep his diabetes in check. Periodically he also has early skin cancers removed and last month was in three times for a cyst removal.

“The doctors will sit there with you as long as you need them to,” he says. “They don’t rush in and out.”

A 2007 Washington state law encourages “innovative arrangements between patients and providers” like direct-pay primary care practices. There are 15 other direct-pay practices in Washington state, according to a 2010 report to the legislature from the state’s insurance commissioner. Some are more conventional “concierge” practices, which are aimed at well-to-do patients, charging as much as $850 a month for personalized, high-touch services. But the biggest growth is in practices that charge fees in the $85 to $135 range, according to the report.

Although Washington state may be a hotbed of direct-pay activity, primary-care physicians in many other states are offering similar services. At Access Healthcare in Apex, N.C., for example, members pay $39 a month plus $20 per visit for unlimited primary-care services, says the practice’s founder, Brian Forrest. Having run the subscription-based practice for 10 years, he is now expanding, and expects the first franchises to open this summer.

Forrest, a physician, says that half of his clients have insurance, with their typical copayments for primary-care visits averaging $35 to $50. “For lots of insured patients, it’s actually cheaper for them to see us,” he says.

Washington state’s representatives in Congress and its governor, Christine Gregoire (D), successfully pushed to involve direct-pay practices in the federal health-care overhaul. Under a provision in the new law, insurers selling plans on the state-based insurance exchanges that will open in 2014 will be allowed to “provide coverage through a qualified direct primary care medical home plan that meets criteria established by the Secretary.”

As envisioned by Qliance, direct-pay practices like theirs will link to custom “wraparound” health insurance policies that would pick up where Qliance leaves off, providing specialist care, hospitalization and the like.

“What we’re inventing here is a new relationship between primary care and insurance,” says Garrison Bliss, chief medical officer for Qliance Medical Management. Patients would essentially have two monthly health-care fees: one that they’d pay to a doctor’s office for their primary care and another they’d pay to an insurer for all their other care. Providing better primary care should reduce insurance claims for emergency care and hospitalization down the road, Qliance’s Wu says.

This idea raises a host of questions, policy experts say, including how direct-pay primary-care practices could charge monthly fees for preventive care services that under the new law are supposed to be provided free.

Some experts have more fundamental reservations about this approach. While agreeing that the current payment model for primary care doesn’t work very well, “it doesn’t make any sense” to provide primary care outside the health insurance system, says Robert Berenson, a fellow at the Urban Institute. “This is not going to work for a lot of patients who can’t afford the out-of-pocket subscriptions,” he says.

Some Medical Practices Move To Monthly Membership Fees For Patients