If you offer it, will they come? Insurers and some U.S. senators have proposed offering cheaper, skimpier “copper” plans on the health insurance marketplaces to encourage uninsured stragglers to buy. But consumer advocates and some policy experts say that focusing on reducing costs on the front end exposes consumers to unacceptably high out-of-pocket costs if they get sick. The trade-off, they say, may not be worth it. 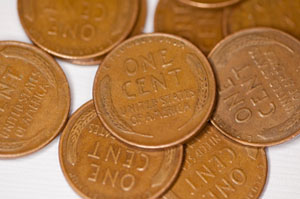 “It’s a false promise of affordability,” says Sabrina Corlette, project director at Georgetown University’s Center on Health Insurance Reforms. “If you ever have to use the plan, you won’t be able to afford it.”

Coverage on the health insurance marketplaces now is divided into five types of plans that require different levels of cost-sharing by consumers. All the plans cover 10 so-called essential health benefits, including hospitalization, drugs and doctor visits. Preventive care is covered without any cost-sharing.

Platinum plans pay 90 percent of medical expenses, on average; gold plans, 80 percent; silver plans, 70 percent; and bronze plans, 60 percent. Premium tax credits are available for people with incomes up to 400 percent of the federal poverty level ($46,680 for an individual in the 2015 plans). In addition, a catastrophic plan is available, mainly to people younger than 30; it covers only limited services before the deductible is met and isn’t eligible for subsidies.

The proposals put forward by America’s Health Insurance Plans, a trade organization, and a group of senators led by Mark Begich (D-Alaska) would add a new level of coverage on the marketplaces. The copper plan proposed by Begich and AHIP’s “lower premium catastrophic plan” would pay 50 percent of covered expenses, on average, and be eligible for premium tax credits.

The proposals aim to attract people who haven’t yet bought coverage on the state marketplaces, and young or healthy people who may want a less expensive option.

“Plans do considerable outreach, and they’re hearing that affordability is a top priority for consumers,” says Karen Ignagni, president and chief executive of AHIP. “This is about access. It’s about how do we give people the opportunity to get into the market.”

Because the proposed changes would require congressional action and because plans for the 2015 open season are already being set up, the earliest any of these new plans could be implemented would be 2016, Ignagni says.

Some policy experts are skeptical that people will be enticed by another type of high-deductible/low-premium plan. They note that bronze plans weren’t particularly popular sellers on the marketplaces last year.

Only 20 percent of people who bought marketplace plans chose bronze-level plans, according to the Department of Health and Human Services. Two percent bought catastrophic policies. Silver plans were by far the most popular, selected by 65 percent of purchasers.

“I don’t think people will necessarily be satisfied with a policy with a cheap premium that doesn’t really pay for much,” says Larry Levitt, senior vice president at the Kaiser Family Foundation. (Kaiser Health News is an editorially independent program of the foundation.)

A plan that meets the health law’s coverage requirements but reduces the proportion of medical expenses insurers pay to 50 percent would require a deductible of about $9,000 per person, he says. Currently, deductibles for exchange plans can generally be no higher than $6,350 for individual coverage, the maximum out-of-pocket spending limit allowed under the law.

Countess Jacques is exactly the type of young, healthy person that the exchanges need to keep the insurance risk pool stable and premiums affordable. The 30-year-old administrative worker at an electrical service repair company in Dallas bought a silver plan with a $5,000 deductible this spring. Her roughly $305 monthly premium is an affordable $130 because she gets a $45 premium tax credit and her employer pays her about $130 a month to put toward the cost of her plan.

Jacques says that without financial help she probably wouldn’t have been able to afford a silver plan. But she’s wary of a plan with a higher deductible and lower upfront costs, “It sounds good, but I don’t know,” she says. “I’d like to pay that little bit extra now because it pushes back the worry about getting sick.”

To be sure, health insurance affordability is a big concern. According to an April survey conducted for Enroll America, a health insurance advocacy organization, 48 percent of those who didn’t try to enroll said the No. 1 reason was the fear that they couldn’t afford coverage. Many didn’t know that financial help was available, however. Only 1 in 5 of those who sat out the first year of the ACA knew that premium subsidies were available for low- and middle-income people, the survey found.

According to a report released in June by HHS, the average monthly premium for all types of plans sold on the federal marketplace last year was $346, but that dropped to $82 once premium tax credits were taken into account.

Looking ahead, an analysis by Avalere Health of 2015 premium rate proposals in nine states found that insurers are proposing 8 percent rate hikes for silver plans.

“Premiums are coming through somewhat lower than expected,” says Caroline Pearson, a vice president at Avalere Health, a research and consulting firm. “Do we really think there’s a premium affordability problem such that we should shift the benefit design toward that?”