This week I answer questions from readers about health insurance premium tax credits and what the penalty is for not having insurance. 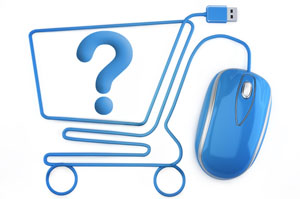 Q. I understand that different members of a family can buy different marketplace plans. How does that work with premium tax credits for a husband and wife? How do they get divvied up, and how do we report that to the IRS?

A. If a married couple files their taxes jointly and their income is less than 400 percent of the federal poverty level, ($62,040 for a couple that enrolled for 2014) they were likely eligible for premium tax credits. The premium subsidy they received would have been based on the amounts they were expected to pay for health insurance based on their income compared to the cost of the “benchmark” plan in their area. This benchmark plan is the second-lowest cost silver plan.

A couple can then allocate that subsidy between themselves however they wish, says Judith Solomon, a vice president for tax policy at the Center on Budget and Policy Priorities.

By the end of January 2015, everyone who received a premium tax credit in 2014 should receive a form from the health insurance marketplace that says how much credit they received. Then they should they should add up the totals and report that information on IRS Form 8962.

A. If you received too small a subsidy because you overestimated your income, that amount will be added to your tax refund — if you’re receiving one — or it will reduce the amount of tax that you owe, says Timothy Jost, a law professor at Washington and Lee University and an expert on the health law.

Similarly, if your subsidy was too large because you underestimated your income, you may have to pay some or all of it back. If your income is more than 400 percent of the federal poverty level ($94,200 for a family of 4 that enrolled for 2014), you’ll owe the full amount of any subsidy overpayment. At lower incomes, the amount that must be repaid is capped.

How your 2015 subsidy will be handled when you renew your coverage this fall will vary. If you live in one of the states where the federal government runs the health insurance marketplace, you may be automatically enrolled in a 2015 plan and, unless you contact the marketplace to update your income and other details, your subsidy amount will remain the same next year. That’s probably not in your best interest, since changing marketplace policy details and changes in your own financial situation could mean you either may not receive the total amount you’re due or you’ll be on the hook to repay a too-generous subsidy. The system, however, won’t prevent someone from renewing next year, automatically or otherwise, because his subsidy amount was incorrect.

“The best thing to do is to get in touch with the exchange to make sure they have the most up-to-date information,” says Jost.

States that operate their own marketplaces may handle enrollment differently. Those states may, for example, require everyone pick a new plan and update their subsidy eligibility information instead of simply auto-enrolling them, says Solomon.

Q. If I don’t have to file taxes and don’t have insurance, how do I pay any penalty for not being insured?

How Will Taxes Be Reconciled With Premium Subsidies?