The lure used to get uninsured Americans to sign up for health law coverage was the promise of generous premium subsidies.

But the promise comes with a catch for almost 3 million people earning between three and four times the federal poverty rate: They may have to pay up to 9.5 percent of their income toward that premium before the subsidy kicks in. 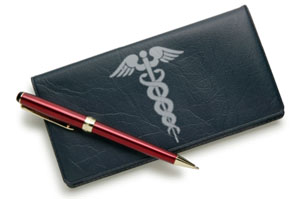 That could take a substantial bite from their budgets — potentially as much as $600 a month for mid-priced plan for a family of three earning between $58,590 and $78,120.

As a result, some middle-class families may decide health insurance is beyond their reach, and pay a penalty rather than buy coverage.  While consumers in that income range account for a relatively small share of the 17.2 million eligible for subsidies to buy private insurance, that could still spell political trouble for the law. Insurers could also see problems if premium costs deter the sign-up of healthy enrollees, whom they need to offset the costs of covering the sick.

“The real question is, will this be affordable?” said Carmen Balber, executive director of Consumer Watchdog, a California-based advocacy group.

It’s too early to know the big-picture answer because consumers have until the end of March to buy coverage in the federal and state online marketplaces.

But individual families have begun making their decisions.

“Awfully high,” is the verdict of Tim Ross of Madison, Ind., the owner of a light commercial construction firm who canceled coverage for his family of five several years ago during the depths of the recession.

Under the health law, Ross’ income qualifies his family for a subsidy that would cover about half the cost of a mid-level “silver” plan, according to online calculators. There are five silver plans he could choose from, with his share of the cost ranging from $494 to $590 a month.

Ross, 47, would also be responsible for copays for doctor visits and prescriptions and an annual family deductible ranging from $4,000 to $7,000.

“I would love to have insurance,” said the small businessman, who knows he would take a big chance by remaining uninsured.

But he said he is likely to forego buying a policy, hoping that if a family member needs expensive care, he can negotiate lower prices with doctors and hospitals as he has done in the past.

How Much Is Too Much?

Half of American families spent 3.1 percent or less of their income on health care before the law took effect—with those who have job-based coverage generally spending less than those who buy their own insurance, studies by Linda Blumberg at the Urban Institute show.

That’s because employers pay a large percentage of the cost of health insurance and those plans tend to be more generous as well.

Still, a quarter of all households spent 8.2 percent or more on health care, which includes premiums and out-of pocket costs, such as copayments for doctor visits, hospital care or prescription drugs. Those are the ones most likely to struggle to pay bills – and who risk falling into medical debt.

Even with new coverage that may require some families to spend more than that “doesn’t mean they are worse off than before,” Blumberg said. “They are still far less exposed than they would be if they got into a car accident and were uninsured” and faced potential financial devastation.

To be sure, the health law’s subsidies sharply reduce costs for many lower income Americans, who account for a majority of the uninsured.

Subsidies are pegged to the federal poverty level and are most generous for those who make the least amount of money. Those who earn between the poverty level and twice that, or up to about $23,000 for an individual and $39,000 for a family of three, must pay between 2 percent to 6 percent of their income towards the monthly premium before the subsidy would kick in.

Extra help in the form of lower deductibles and copayments is available for those who make up to 2.5 times the federal poverty rate, about $48,825 for a family of three. An estimated 75 percent of the uninsured qualify for those subsidies.

Those who earn between two and three times the poverty rate, or up to about $34,500 for an individual and $56,000 for a family of three, must pay up to 8 percent of the premium cost before the subsidy would kick in.

And those who make between three to four times the poverty level — less than 16 percent of all consumers eligible for federal subsidies – must pay the highest percentage of their income, or up to 9.5 towards the premiums before getting federal help. Not everyone will pay that much because premiums vary around the country and some people will be able to purchase a plan for less than 9.5 percent of their income.

The millions who qualify for Medicaid, the state-federal program for the poor, generally pay little or nothing for their health care.

Most people with job-based coverage – the majority of insured Americans — are not eligible for subsidies and therefore not affected by the 9.5 percent requirement.

The law’s drafters set the 9.5 percent benchmark during final negotiations over the health law, mainly to meet a directive from the White House and congressional leadership that the law cost less than $1 trillion over 10 years and contain provisions to pay for that, which included new taxes and fees on drug makers, insurers and high-income Americans. The primary goal was to get the bill passed, not figure out what struggling middle-class families thought they could afford.  An earlier version would have required some families to pay even more.

“The desire was to get it down as much as possible and stay within the budget target,” said John McDonough, a Harvard professor who was a key adviser to the Senate Committee on Health, Education, Labor and Pensions during the health law debate.

He hopes a future Congress will lower the percentage of income that subsidy-eligible families must pay. Otherwise, he said, “it won’t be affordable to everyone who needs it.”

How much the average American family can afford to spend on health care is a matter of debate.

The Bureau of Labor Statistics has found that the average household spent about a third of its income on housing, 17 percent on transportation and nearly 13 percent on food, the three largest categories, according to the Bureau of Labor Statistics. Health care accounted for nearly 7 percent, including premiums, drugs, doctor visits and medical supplies.

But averages aren’t how most families live.

The Economic Policy Institute, a think tank in Washington, D.C., says that housing costs vary widely across the country. Two parents with one child living in Bowling Green, Ky., for example, would spend about $675 a month on housing, while a similar Los Angeles family would spend $1,421. Adding health premiums and deductibles to the plate can be tough – and many families have no savings.

“I would like to live in a world where people didn’t have to trade off health care versus putting food on the table,” said economist Elise Gould at the Institute. “Should it be fixed in the health care law? Or are there other things we could be doing so people don’t have to make those choices?”

Advocates point to provisions in the law that they say will make coverage a good value to hard-pressed middle-class families, including the provision of preventive care without a copay, broad benefits, the capping of out-of-pocket costs and the requirement that people with medical problems get coverage.

“Compared to where we were before, it’s an enormous improvement,” said Ron Pollack, head of Families USA, an advocacy group that supports the law. “Is it sufficient? That’s a different question.”