What a difference a year makes.

With its technical troubles largely behind it, healthcare.gov enrolled 1.9 million new customers for health insurance between Nov. 15 and Dec. 18. At the same time, another 4.5 million existing policyholders either re-enrolled or were automatically renewed into their existing policy or a similar one beginning Jan. 1. 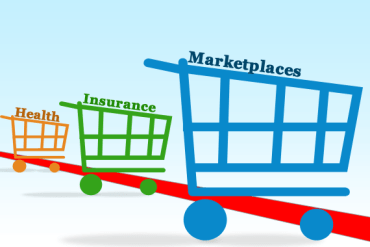 “We still have a ways to go and a lot of work before Feb. 15,” the deadline for open enrollment, Health and Human Services Secretary Sylvia Burwell told reporters Tuesday. “But we do have an encouraging start.”

Burwell said of those who were re-enrolled, percentages “somewhere in the mid- to high-30s” logged into the system and either renewed their old plans or changed to a different one. The rest were automatically re-upped. About 2 percent of policy holders, she said, could not be auto-renewed because their plan has been discontinued and there is not another one similar enough. Those people, as well as anyone who was auto-renewed, can still change plans until Feb. 15.

Many people will find it financially advantageous to switch plans for a variety of reasons, including increased competition among plans, variations in premiums or benefits, or changes in their financial circumstances that affect the amount of subsidy they may receive.

Meanwhile, Burwell steadfastly refused to answer questions about whether her department is making contingency plans in the event the Supreme Court rules that subsidies are not available in the 37 states where healthcare.gov is operating the exchange. The court announced earlier this week it would hear oral arguments in the case, King v Burwell, on March 4.

“The law of the land is that where we are right now is those subsidies are available and people are shopping, they are coming in, they are getting affordable care,” Burwell said. “We are focused on open enrollment and we are focused on a position where we believe we have a position that will prevail.”

The plaintiffs in that case argue that Congress intended to make subsidies to purchase insurance available only in exchanges “established by a state,” which does not include the federally-run exchange. Backers of the law, including most of the Democrats who wrote it, say the wording was awkward, but the law always intended to make the subsidies available to all, regardless of whether an exchange was state- or federally-run. If the Supreme Court rules that subsidies are not available in the federal exchange, it could cause millions of people to shed coverage.