The next round of contracts awarded to companies to manage health care for thousands of Missouri Medicaid recipients includes a new focus: patient wellness.

Consumer wellness incentives are trending throughout the health insurance market, most notably in employer-sponsored plans. Now Missouri is getting in on the action on behalf of its roughly 400,000 managed care customers. 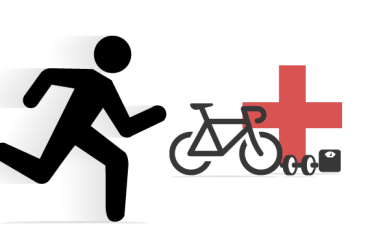 The contracts, awarded to three companies this month, include proposals designed to help patients exercise, eat healthier and make regular doctor visits. Consumers who participate and succeed in these programs can receive a range of incentives including gift certificates, debit cards and groceries.

“It’s critical that we try to do everything to ensure patients take more ownership over their own health care,” said Joe Pierle, CEO of the Missouri Primary Care Association.

Missouri awarded the contracts to Aetna, Centene Corp. and WellCare to provide managed health care to many Medicaid recipients in 54 of the state’s 114 counties. The contracts are for one year, but contain options for up to three years. The same companies have previously operated managed care services in Missouri.

This time, Missouri is asking those companies to take on more responsibility for their clients’ health.

In its request for proposals, Missouri asked the companies to participate in “Medicaid Reform and Transformation” and charged them to offer “incentives to members in order to promote responsible behavior and encourage efficient use of health care services.”

State officials at the Department of Social Services, which operates the Medicaid program, declined repeated requests for interviews about the wellness incentives and managed care contracts.

Rob Fruend, executive director of the St. Louis Regional Health Commission, said he thinks the incentives respond to ongoing discussions in the Legislature about how to make Medicaid more efficient.

Many Republicans in the GOP-controlled Legislature have rejected adding more people to Medicaid until changes are made to the existing program.

“If you are interested in Medicaid reform, (the department) is listening and being responsive,” Fruend said. “You don’t have to wait for expansion or legislation to put good ideas into practice.”

The shift to wellness programs comes as the department has raised concerns about the effectiveness of the managed care programs.

In a January presentation to the MoHealthnet Oversight Committee, the department outlined several concerns when it comes to how managed care stacks up with traditional fee-for-service Medicaid.

Unlike managed care where a private company manages health benefits for a consumer, traditional Medicaid reimburses providers directly for whatever services they perform for a recipient.

It found that while managed care recipients were less likely to be admitted to a hospital, those that did stay were more likely to return within a month after discharge.

The report also said managed care enrollees were more likely to use the emergency room and performed worse than traditional Medicaid recipients on five out of six clinical quality measures.

The new wellness incentives for managed care enrollees could be an effort to reverse some of those health trends.

Aetna, which goes by HealthCare USA for its managed care services, has the majority of Missouri clients. It outlined a series of wellness programs in its contract called ShowMe Healthier Lives, a play on the state’s motto.

“Encouraging and empowering the member has always been an important part of our holistic approach to care,” the company said.

Its nutrition program provides consumers who have chronic conditions or a high body-mass index with gift cards for healthy food, and videos on exercise and nutrition. The company said it already completed a 4-week trial of the program and found that 26 participants had lost an average of 6 pounds.

Another Aetna incentive includes bonuses for pregnant women based on the number of times they see a doctor. They can get diapers, strollers and even a car seat if they routinely see a doctor.

Home State Health, which is operated by Clayton-based Centene, plans on using technology to advance its wellness goals. New phone apps and a text messaging service are designed to help customers keep track of appointments and other health needs.

It also has a CentAccount program where consumers can access financial rewards for “healthy choices.”

Health advocates hope all these incentives encourage all stakeholders to try harder to get a healthier population.

“Everyone involved needs to be held accountable and that’s the managed care companies, providers and the patients,” Pierle said.