The continuing war over President Barack Obama’s health care law is particularly fierce this election season in Missouri, where politicians of both parties are playing a game of can-you-top this with a ballot referendum whose chief result promises to be voter confusion.

In May, Missouri’s General Assembly (both houses are controlled by Republicans) passed a ballot measure for the November elections that would prohibit establishment of state health insurance exchanges, a cornerstone of the Affordable Care Act, without approval by the legislature or the voters. The reform law directs states by 2014 to set up the exchanges on the Internet, where consumers can comparison-shop for the health plan that best suits them. 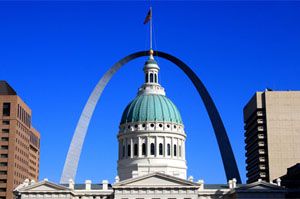 GOP State Sen. Robert Schaaf, the bill’s author, said he wanted to block Jay Nixon, the Democratic governor who is running for re-election, from establishing an exchange by executive order. Nixon spokesman Scott Holste said the governor has no intention of issuing such an order.

What the ballot initiative all but ignores, however, is that if the state does not implement its own health care exchange by 2014, the health law requires the federal government to impose its own version.

Missouri Secretary of State Robin Carnahan, a Democrat who is not running for re-election and who is responsible for explaining difficult issues for the voters, clearly spotted this hole in the initiative language and in early July decided to make her own political statement. Her summary, to appear on the ballot on Election Day, did not use a light touch.

Shall Missouri law be amended to deny individuals, families, and small businesses the ability to access affordable health care plans through a state-based health benefit exchange unless authorized by statute, initiative or referendum or through an exchange operated by the federal government as required by the federal health care act?”

Republicans were outraged, none more so than Lt. Gov. Peter Kinder, who stepped in “within minutes of publication,” he said in an interview. This “biased, loaded language “is not fair, it’s not accurate, it’s not impartial—we have to get this into court.” So he filed suit to have Carnahan’s summary thrown out.

Since then, Kinder, locked in a tough re-election race against several opponents in Missouri’s Tuesday primary, has used the initiative and his opposition to the health law as a centerpiece of his campaign: “The whole entire law was founded in lies, passed with lies and is based in lies now, and the American people are not going to stand for it,” Kinder said. “Certainly the people of Missouri are not going to stand for it.”

Carnahan’s office said that as the defendant in the case Carnahan would not publicly comment on Kinder’s accusations, but she was clearly unmoved: “Obviously, some candidates see this as good political theater during an election year,” Carnahan spokesman Ryan Hobart said in a statement, “but we maintain that this is a fair and sufficient summary of the ballot measure.”

Theater or not, the Missouri referendum has served as a reminder of the important role health care will play in this year’s elections. It also demonstrates how health care hyperbole can drown out reasonable discourse. The initiative’s language implies that approval means Missouri will have no insurance exchange unless the legislature or the voters sign off on it (not true); Carnahan’s ballot language implies that approval will deny consumers access to insurance (also not true).

Nationally, opinion on the health care law itself remains volatile and deeply divided. While no recent polls have tested the Affordable Care Act’s popularity in Missouri, another largely symbolic ballot initiative exempting Missourians from mandated health insurance won 71 per cent of the vote in 2010. A July 28 poll this year showed Obama trailing presumptive Republican challenger Mitt Romney by nine points.

“President Obama and the health care law in general are not popular in Missouri,” said George Connor, head of the political science department at Missouri State University, in Springfield. “Any opposition to President Obama on health care by anybody gets you bonus points with the voter.”

And Democrats, Connor added, are trying to stay clear of Obama. The popular and politically savvy Nixon has been successful at it, and is a clear favorite for re-election. Incumbent Democratic Sen. Claire McCaskill, however, a supporter of the health care law who is closely identified with the president, is trailing against any of three possible GOP opponents competing in the primary.