Fall is enrollment season for many people who get insurance through their workplace. Premium increases for 2015 plans are expected to be modest on average, but the shift toward higher out-of-pocket costs overall for consumers will continue as employers try to keep a lid on their costs and incorporate health law changes. 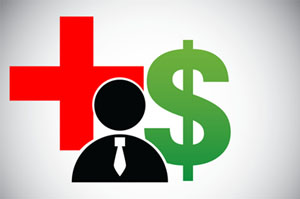 Experts anticipate that premiums will rise a modest 4 percent in 2015, on average, slightly higher than last year but lower than typical recent Increases.

Even so, more employers say they’re making changes to their health plans in 2015 to rein in cost growth; 68 percent said they plan to do so in 2015, compared with 55 percent just two years earlier, according to preliminary data from Mercer’s annual employer benefits survey.

They are motivated in part by upcoming changes mandated by the health law. Starting in January, companies that employ 100 workers or more generally have to offer those who work at least 30 hours a week health insurance or face penalties.

“The more people you cover, the more it’s going to cost,” says Watts.

In addition, experts say, employers are ramping up efforts to avoid a 40 percent excise tax on expensive health plans—those with premiums that exceed $10,200 for individuals or $27,500 for families–that will take effect in 2018.

More employees can expect to be offered high-deductible health plans linked to health savings accounts or health reimbursement arrangements in 2015. Nearly three-quarters of companies with more than 1,000 workers offer such plans, according to the 2014 Towers Watson/National Business Group on Health employer health care survey. Nine percent said they planned to add them in 2015.

For a growing number of employees, those plans may be the only ones available through work. For 2015, 30 percent of large employers said they expected to offer only an account-based plan to workers, nearly double the percentage that did so in 2014, the Towers Watson/NBGH survey found.

For some consumers, however, those plans raise concerns about the cost of care. A new survey by The Associated Press and the NORC Center For Public Affairs Research found that people with high deductible plans were twice as likely as those with traditional health insurance to report that they did not go to a doctor when sick or injured because of concerns about the costs.

When employers shift toward plans with higher deductibles, they often try to sweeten the deal for employees by offering to put money into the financial accounts to help defray the workers’ increased cost, says Brian Marcotte, president and CEO of the National Business Group on Health. The extra cash—an average $600 per employee—is often tied to wellness activities such as agreeing to get health screenings, says Marcotte. As employees evaluate their health plan offerings this fall, it’s worth checking to see if such incentives are offered.

Also this year, workers may find it increasingly expensive to cover their spouses, especially if they have coverage available through their own jobs.

Employers have been increasing workers’ costs to cover dependents, including spouses, in recent years. Nearly half of employers say they’ve hiked employee contributions for dependent coverage, and another 19 percent plan to do so in 2015, according to the Towers Watson/NBGH survey. Upcoming increases are particularly aimed at spouses, including $50 to $100 monthly surcharges for spousal coverage, says Sandy Ageloff, a senior consultant at benefits consultant Towers Watson.

“Legally under the Affordable Care Act, plans can’t exclude coverage for kids,” says Ageloff. “But they’re really trying to shift the onus back on to spouses.”

This fall, employees who work for small businesses may see fewer changes in their coverage than those who work for large companies. In March, the Obama administration announced that individuals and small businesses with plans that didn’t comply with health law coverage and cost requirements could be extended until 2017.

As many as 80 percent of companies with up to 50 employees opted to renew their non-compliant plans for 2014, says David Chase, national health care policy director at the Small Business Majority, an advocacy group. A similar percentage will likely try to do so this year as well, he says.

“That’s going to be a popular option for folks, if their states allow it,” Chase says. It’s up to states to determine whether insurers can continue to sell small group plans that don’t meet the requirements of the health law.