More than a dozen insurers offer plans on the New York health insurance marketplace, and depending on where they live, shoppers may have more than a hundred products to choose from. But despite being spoiled for choice in many ways, there’s one popular feature that most New Yorkers can’t find in any of the health plans offered on their state exchange: out-of-network coverage.

Except for offerings by a few insurers in far western New York and the Albany area, the only options available elsewhere in the state, including the entire New York City metro area, are health maintenance organization-style plans that cover care provided only by doctors and hospitals in the plan’s network. People who go out of network for anything other than emergency care are generally going to be responsible for the entire bill. 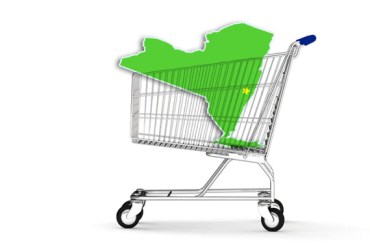 Although New York may not be the only place where HMOs are the sole marketplace option for many consumers, it’s an unusual situation. According to figures from McKinsey & Co., in 2015 just 1 percent of people who were eligible to shop for coverage on the exchanges across the United States had only HMOs to choose from. Four percent could choose either HMOs or EPOs,  the acronym for exclusive provider organizations that, like HMOs, don’t generally provide non-emergency out-of-network coverage.

Experts point to a number of factors that contributed to the New York marketplace’s dearth of plans such as preferred provider organizations that typically have some coverage for  out-of-network doctors and hospitals. In those plans, consumers generally have to pay more out of pocket than they do for in-network care, because deductibles and co-insurance charges are higher.

Some experts say New York’s difficult history in the individual insurance market — which includes people who don’t buy coverage through work — is a key reason insurers are wary of offering products with out-of-network benefits.

In 1992, a new state law required insurers on the individual market to cover anyone seeking a plan, regardless of their health. (A handful of other states also had similar requirements long before the health law made this mandatory for all states in 2014.) A few years later, the state required that two standardized HMO plans be offered in the individual market, only one of which offered out-of-network benefits, says Peter Newell, director of the health insurance project at the United Hospital Fund of New York, a research and philanthropic organization.

But it was difficult to maintain a customer base that wasn’t too costly for the insurers to cover since healthy people were not required to buy insurance. “That out-of-network product attracted a lot of high users of medical care, and prices went through the roof,” says Newell. Many insurers left the individual market at that time, and because of the high costs, enrollment on the individual market plummeted from more than 100,000 in 2000 to under 20,000 in 2012, according to a 2012 study by Health Management Associates for the New York Department of Health.

Following that experience, “insurers are a little gun shy” about offering plans with out-of-network coverage on the exchange, says Newell.

“It’s a very broad, comprehensive package of benefits,” says Leslie Moran, senior vice president at the New York Health Plan Association, a trade group. “There were concerns about being able to maintain an affordable product. You’d attract only very expensive patients, and the ability to price it moving forward was a concern.”

While that could be a concern in every state, in New York another requirement has likely discouraged insurers from offering PPO-type plans, says Sabrina Corlette, project director at Georgetown University’s Center on Health Insurance Reforms, who has co-authored reports about state efforts to implement the health law.

Rather than offering PPOs both on and off the exchange, most insurers opted not to sell PPOs at all. “They were worried about adverse selection, so they only offered HMO-style plans,” Corlette says.

Having access to out-of-network benefits is generally high on consumers’ wish list, but it can be a double-edged sword, say consumer advocates. When beneficiaries go outside the network, even if the plan pays some of the bill, the doctor or hospital can refuse to accept the insurer’s rate and, depending on the state, may demand that the consumer pay the balance.

“It’s not much of a consumer protection because they can be balance billed,” says Lynn Quincy, associate director for health policy at Consumers Union, referring to that practice.

Last year New York passed a law that aims to protect consumers from surprise out-of-network bills. Among the provisions is one that beefs up the adequacy standards for plans’ networks, so consumers will be less likely to need out-of-network care in the first place.

“I’m OK with consumers being offered a plan that’s in-network only as long as the network is robust,” says Quincy.

Most N.Y. Marketplace Plans Lack Any Coverage For Out-Of-Network Care