Flora Yang is small, spry and not afraid to tell you her age: “90-something.” She walks twice a week at Mazza Gallerie in Northwest Washington, D.C., and says mall walking keeps her young and fit.

Health officials are starting to notice that effect too and say more malls should open their doors to walkers.

The Centers for Disease Control and Prevention has put out a guide saying the mall is a perfect place for seniors to get in their steps.

It’s no secret that getting up and moving makes people healthier and reduces the risk of heart disease, stroke and diabetes. But unpredictable weather and unsafe streets sometimes get in the way, especially for seniors.

That’s where shopping malls come in.

Mall walking began decades ago, when heart doctors began recommending it to their patients, said Basia Belza, a professor at the University of Washington’s nursing school. She estimates that hundreds of programs exist around the country, but they aren’t widely known.

“They are the best-kept secret,” Belza said.

The CDC’s resource guide, for malls, released last year, encourages malls to expand walking clubs and set up new ones. The guide, co-authored by Belza, said indoor shopping centers are ideal for walking because their level surfaces make seniors less likely to slip and fall. Malls are also well-lit and have water fountains, restrooms and places to rest. And seniors can walk in malls regardless of the weather.

The surgeon general cited mall walking last year in a national call to action to improve the nation’s walkability and to get more people moving.

Mall walking clubs are often partnerships between a shopping center and providers, hospitals and community groups that serve seniors. They are typically free for walkers, and some include organized warm-up exercises, health screenings and lectures about healthy eating. 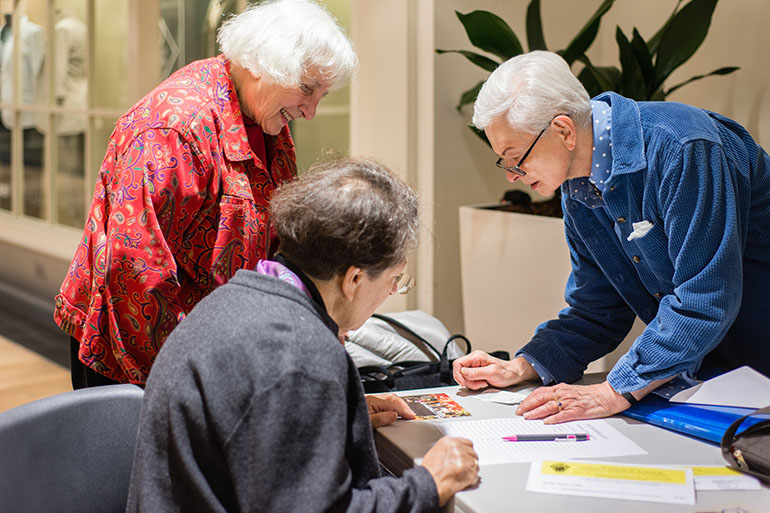 Sibley Memorial Hospital runs the walking club at Mazza Gallerie. In addition to helping seniors get exercise, participating in the club reduces their isolation, said Marti Bailey, director of the hospital’s senior association. “It’s so much more than walking,” Bailey said. “It’s walking, talking, sharing life together in a real way. It’s the beauty of the walking club.”

Bailey said such clubs are more important now than ever, given the aging of the population and the number of seniors living with chronic diseases.

Yang believes she was the first member of the Mazza Gallerie walking club. She said she started walking there in 1992, back when she could carry her granddaughter in her arms. Soon, she said, people started walking with her, and the numbers grew. She has benefited greatly, she said.

“Still I can fight you,” she said, giggling.

Members of the club come and go. Ann Morales, the secretary of the group, pulled out a photo of its walkers from several years ago. “This is the doctor who used to be here,” she said. “He passed away … Marlene, Flora are here. We haven’t seen this lady for a long time.”

On the mornings that they gather, the seniors start with a blood pressure check by a retired doctor. 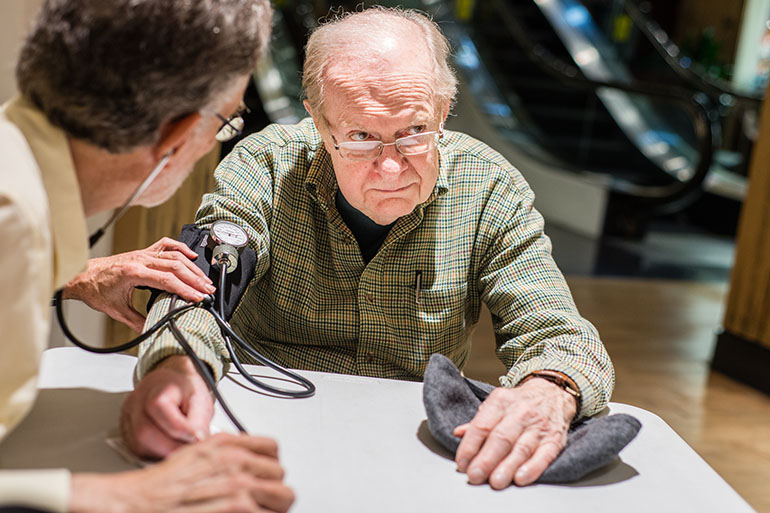 Then Yang stood up and headed down the hall, holding hands with another longtime walker, Marlene Jordan. “My doctor says I need a cane,” Jordan said. “I don’t think I need it.”

“I’m her cane,” Yang said, giving her a squeeze.

The group strolled past a T.J. Maxx and a jewelry store and turned the corner at a Subway sandwich shop. Seven times around made a mile.

Helga Fox, 87, has been walking with the group for a few years. She lives in a condo with a fitness center, but she prefers to come here. She likes the company.

Most of all, Fox said, she appreciates being able to visit with the doctor. She has hypertension and feels better after having her blood pressure checked. 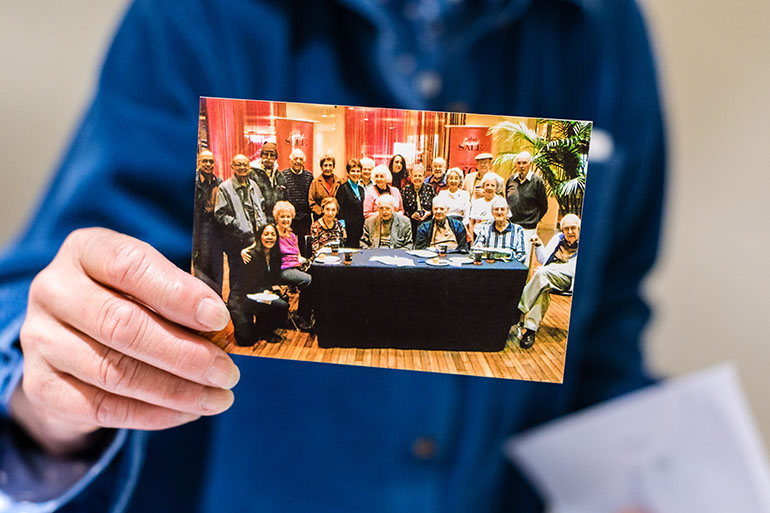 Walking groups also benefit the malls, which have struggled to attract traffic as more consumers turn to online shopping.

Nicole Schade, a spokeswoman for Mazza Gallerie, said the walkers there often visit the stores, see a movie or grab breakfast.

“We have seen an uptick in business thanks to the mall walking program,” Schade said.

“It’s not healthy, but it’s allowed,” Murli said. But, he added, only after walking.

Need Exercise? Go To The Mall