With dementia cases rising rapidly around the world, the University of California, San Francisco and the University of Dublin announced Monday the launch of an institute aimed at helping developing countries learn more about the disease and cope with the burden it places on patients, families and caregivers.

The Global Brain Health Institute, which will be housed both in San Francisco and Dublin, will train 600 neuroscientists, policymakers, economists and others over 15 years in an effort to help developing countries better understand dementia, as well as how to delay and prevent it. The institute plans to focus initially on countries in Latin America and the Southern Mediterranean region. Training is expected to begin next fall. 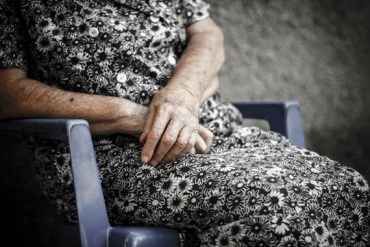 “A lot of these countries are the ones that are about to really see major shifts in their aging populations,” said Kristine Yaffe, a professor of neurology and psychiatry at UCSF. “And there are very limited dementia experts, or any kind of aging brain experts.”

An estimated 46.8 million people are living with dementia worldwide and that number is expected to nearly triple by 2050 as lifespans increase, according to Alzheimer’s Disease International. Nearly 60 percent of all cases are in developing countries.

The disease is also increasingly a financial strain for communities and governments. Its estimated cost around the world is expected to reach $818 billion in 2016, according to the organization.

Dementia is becoming as important as communicable diseases and needs a global response, said Bruce Miller, a behavioral neurologist at UCSF who will co-lead the new Global Brain Health Institute. “We are really looking at a massive epidemic,” he said.

The institute is being funded with a $177 million gift from Atlantic Philanthropies, which was created by businessman Chuck Feeney. President Christopher G. Oechsli said he is hopeful that over time the institute will help improve the quality of life of people living with dementia; support families and caregivers; and change public policy. The institute will also aim to reduce the incidence of the disease across the world, he said.

“This is not just a health/science issue,” he said. “This is a societal issue.”

Outside organizations, such as the Alzheimer’s Association, will also be involved. The association can show others how advocacy and grassroots volunteerism can raise awareness about the disease and influence government decisions, said Elizabeth Edgerly, chief program officer for the association’s Northern California and Northern Nevada office.

“Not only is [the institute] aiming to train medical leaders, but it is going to train people who will go back and help organize community and do what the Alzheimer’s Association has done,” said Edgerly. “Things like volunteerism, which we may take for granted in the United States, is not necessarily familiar in all cultures.”

Edgerly said she also looks forward to learning from people in other countries, particularly about government-funded programs that care for people with dementia.

The fellows – from the U.S., Ireland and other countries – will be trained in geriatrics, neuroscience, public policy and health economics. They will also get hands-on experience in diagnosing, treating and caring for patients with cognitive disorders. And they will get support implementing programs in their home countries. Some may be modeled on similar projects in San Francisco, including ongoing initiatives on preventing strokes and reducing the stigma of people with dementia.

Dementia is the umbrella term for several different types of cognitive disorders, including Alzheimer’s, for which there are no cures.

Various factors, including high blood pressure and high cholesterol, may increase the risk for the disease. As a result, Yaffe of UC San Francisco said the institute will also focus on lifestyle interventions such as controlling people’s blood pressure and improving their diets. Yaffe said modifying some of those factors in midlife can help prevent some cases later.

“There is a lot that we can do that is a far cry from a new drug,” she said.