Two new treatments for congestive heart failure cost too much in the short term and would drive up spending by insurers and government programs, a nonprofit group said in an analysis released Friday, just days after the same researchers took similar aim at expensive new cholesterol drugs.

The treatments – one a $17,750 sensor implanted in the pulmonary artery and the other a $4,600-a-year prescription pill – are the first new treatments in more than a decade for heart failure, a life-threatening condition. 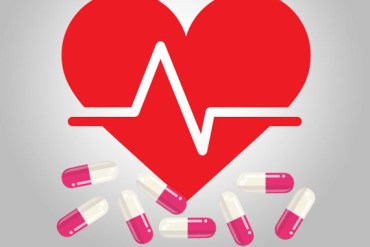 At their current prices, the two treatments could add $25 billion to the nation’s health care tab over five years, at an annual pace that exceeds growth in the overall economy, said the analysis from the nonprofit Institute for Clinical and Economic Review.

“We need to figure out if there are ways to make them more affordable,” said Steven Pearson, founder and president of ICER.

Cutting the price of the pill by 17 percent and the device by 60 percent would reduce their short-term budget impact to acceptable levels, the report concluded. Private insurers, Medicaid and prescription benefit managers are often able to negotiate discounts in the range of 17 percent, the report noted.

Congestive heart failure — a fluid buildup in the body — affects an estimated 6 million Americans. It can be caused by coronary artery disease, heart attack, high blood pressure or other conditions and has a five-year death rate similar to many cancers. Patients are often in and out of the hospital, leading to high health care costs.

The ICER analysts said the new pill — Entresto by Novartis – provides clear health benefits to patients and reduces hospitalization rates when compared with current standard treatments. Over the long-term, the group judged it as cost effective because of those advantages.

For the first five years, however, ICER estimated the drug’s budget impact to be $17 billion, even including savings resulting from patients’ improved health. That’s more than the $904 million annual net cost that ICER sets as its threshold for sounding an alarm that a drug or medical treatment is too costly.

Another reason why it is cost effective over many years, but a budget-buster in the short term, is because so many people are expected to seek treatment in the initial years, said Pearson. An estimated 390,000 patients would receive the drug initially, growing to 1.9 million over 5 years.

“Just because it’s a good long-term value doesn’t mean you could afford it today without jacking up health care premiums a whole lot or doing other things to make money available,” he said.

The ICER report said there is insufficient evidence to determine if the other treatment – the sensor called CardioMEMS by St. Jude Medical – provides a health benefit. The paper-clip sized device measures pressure in the pulmonary artery, sending the information wirelessly to the patient’s doctor. It aims to reduce hospitalizations by giving patients and their doctors time to adjust medications or make other changes before a patient’s condition requires hospitalization.

St. Jude spokeswoman Kate Stoltenberg said the company is “confident in the value and benefits demonstrated by the CardioMEMS HF System and are joined by many leading physicians … who believe that the technology is a significant breakthrough in the way heart failure patients are managed.”

The ICER analysis of the new treatments comes amid growing interest in considering cost in evaluating effectiveness of medical treatments, fueled in part by last year’s rollout of a hepatitis C drug that costs $1,000 a pill. ICER is among a handful of groups doing such work, which is often considered by health insurers in making coverage decisions for new treatments and negotiating prices with drug and device makers.

“These issues around costs can become politicized, but we think America is mature enough to have a more open and honest discussion about price, and not just about drugs, but other parts of the health system,” Pearson said. “This is a discussion that is long overdue.”

After seeking public comment, the draft report will be reviewed in October by a California commission of medical experts and then finalized.

On Tuesday in a separate report, the group said new injectable cholesterol drugs – priced at about $14,000 a year – were too high for the health benefits they might provide or the savings they might tally through reduced number of heart attacks and strokes. The cost of those drugs needs to drop by 85 percent to avoid straining state and federal health care budgets, the report concluded.